Borussia Dortmund has shown one of the great comebacks this season to win their last match 3-2. With this win,  they are second on...
Read more
Home Cricket MS Dhoni Net Worth | House | Cars & Bikes

Mahendra Singh Dhoni is one of the most recognizable names in the cricketing fraternity mainly because of his success as the captain of the Indian senior cricket team.

Having captained the side in limited-overs from 2007 to 2016 and in the longer format from 2008 to 2014, the attacking right-handed middle-order batsman has given his country many trophies and many unforgettable moments to cherish.

The 36-year-old cricketer was born on 7 July 1981 in Ranchi, Jharkhand to parents Pan Singh Dhoni and Devaki Dhoni. His father worked in junior management positions in MECON in Jharkhand.

Initially, Dhoni played badminton and football at the school level but was later insisted to take up cricket by the school football coach.

Dhoni is the only captain who has won all the major tournaments of ICC, mainly 50-overs World Cup, T20 World Cup, and Champions Trophy.

Dhoni was married to Sakshi Rawat on 4 July 2010 and the couple was blessed with a beautiful daughter, they named Ziva Dhoni and now ms Dhoni family wife his children are living in MS Dhoni house, the Dhoni new house Kailashpati price is not disclosed by the former Indian world cup winning skipper.

MS Dhoni Net Worth Through Contracts:

MS Dhoni Net Worth mostly depends on the contracts  Due to the recent change in the pay scale made by BCCI, Dhoni used to get a salary of Rs. 5 crores a year as he is listed under the Grade A contract.

Apart from that, Dhoni was contracted by the IPL franchise Chennai Super Kings in the inaugural season for a price of 1.5 million USD.

After CSK got banned for two years due to the match-fixing scandal, Dhoni was bought by Rising Pune Supergiant for a price of 1.9 million USD.

In the 2018 auction, Dhoni returned to his former franchise CSK and scored 455 runs in the tournament and led the franchise to their third IPL title.

From his contracts and salary, Dhoni earns a total of almost 4 million USD, Since then 2019 World cup Semi-Final, Ms. Dhoni has not played a single game for the Men In Blue Jersey, and BCCI left Dhoni out from the 27 member list of the period from October 2019 till September 2020.

MS Dhoni Net Worth Through Endorsements:

At present Dhoni endorses more than 20+ different brands which is an increase from 17 endorsements in the year 2007. Only Shahrukh Khan (21 endorsements) has the number of endorsements than Dhoni.

Here is the list of endorsements deals done by Dhoni.

From his endorsement deals with various brands, Dhoni earns a total of 27 million USD.

MS Dhoni Net Worth Through Other Businesses:

Dhoni is the co-owner of Ranchi based Hockey club Ranchi Rays along with the Sahara India Pariwar. Ranchi Rays is a franchise which plays in the Hockey India League, the amount which he generates also influence Ms Dhoni Net Worth.

Along with Abhishek Bachchan and Vita Dani, Dhoni is the co-owner of Chennai based Football club Chennaiyin FC. The club is a franchise team that plays in the Indian Super League.

Dhoni is also the brand ambassador of SEVEN, a lifestyle brand that he himself launched in February 2016. Dhoni owns the footwear side of the brand.

Dhoni also owns a hotel named Hotel Mahi Residency in Jharkhand. He also has 200 gyms across the country under the brand SportsFit.

With aggregate earnings of almost 31 million USD, Dhoni was ranked 23rd among the top 100 highest-paid athletes in the world in 2015. However, in 2017, he failed to make the cut as Virat Kohli was the only cricketer who featured in the list, MS Dhoni loves to Invest in Real Estate as well, and he has some ritzy houses in his name, MS Dhoni assets are his luxurious houses and his loved bikes and sports cars.

Now in this pandemic situation when everyone is spending time at their own house, the former Indian skipper MS Dhoni is spending his time in this quarantine himself in a different way in the new MS Dhoni Farm House.

Dhoni house is situated in Ranchi and it is very lavishly designed on the Seven-acre of a land parcel, and Dhoni farmhouse worth at his best as it is beautifully constructed in such a way that in the front is there was a huge open field where he can spend time with his family.

This MS Dhoni farmhouse price must be in crores as it was very beautifully designed but the real amount is still unknown, but by looking at the video we can say that Kailashpati Dhoni house is a super luxury house to live in.

MS Dhoni net worth is approximately $111 million (646 crores), but looking at his net worth we can estimate that the MS Dhoni property list is huge.

Here we present the list of Dhoni Total property:

We all know Mahi always love to ride a bike, and out of his love MS Dhoni Bike collection is also something which fans can look into, MSDhoni Bike Garage is all full with his favorite ones and in this article.

We tried to envisage you all to look the collection he has, he also has some wonderful sports car as well along with the sports bike in his Garage which completes his garage fully, MS Dhoni all bikes are well maintained by the wicket-keeper batsman.

MS Dhoni Hellcat X132 is the most expensive bike that he has and it has cost him around 28lakh INR. 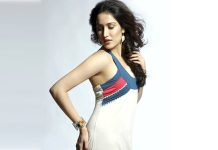 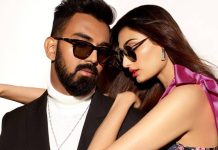