Goals win you football games, which is why elite strikers are a much sought-after commodity. Having a natural goalscorer in your team makes anything...
Read more
news

John Cena is an American professional wrestler and WWE champion who is regarded as one of the all-time greats. An incredible entertainer he’s very...
Read more
Featured

In the past, sports fans were voluntarily glued to their television sets for hours, watching their favorite sports as passive spectators. However, in the last...
Read more
Featured

The cricketing genius Sachin Ramesh Tendulkar was born on 24th April 1973 at Bombay. As far as the Sachin Tendulkar Records are concerned, without any contention, the former Indian batsman is deemed as one of the best cricketers of all time.

Sachin was considered a bully at his young age. To control his mischievous nature, Ramesh Tendulkar introduced Sachin to cricket in 1984 at approximately 11 years of age.

He made his international debut for team India on 15 November 1989 against Pakistan in a test match at Karachi. At that time he was just sixteen years of age. He had a prolonged Cricketing career where he represented Mumbai domestically and the Men in Blues for 24 years. Sachin retired from all forms of cricket on 10 October 2013 at the age of 40.

There are many stories how the Master Blaster got introduced in Cricket, we may never get to know he Real truth about it, but according to some source Sachin Tendulkar’s brother Ajit took him to the school and introduced him to Ramakant Acharekar the first coach of Sachin Tendulkar, and Sachin Tendulkar Cricket Career started from there, Since than master blaster has played truckload of matches and the name gets famous in the Mumbai.

At his school time Sachin records of making 326* run in a match with forming a partnership with his friend Vinod Kambli, which was the highest partnership in any form of cricket.

At the age of 14, Sachin Tendulkar made his Ranji debut and managed to pile up runs for Mumbai and sooner he got the call from Indian national team, At the tender age of 16 Sachin played his first international match against Pakistan in Pakistan, and then the rest is history for the Master Blaster.

The highest score of Sachin Tendulkar in ODI is 200 against the mighty South Africa where he took just 147 balls to score that landmark score with the help of 25 fours and 3 sixes, Sachin last ODI game was against Pakistan in Asia Cup, where he scored a half-century to secure the victory of the Men In blue.

Do you guys agree with the ratings? Comment us Below.

Stay tune for more Cricket News and updates on Sportslibro.com 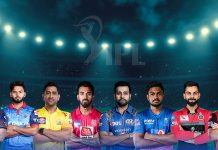 Sri Lanka or UAE: Where the Remainder of the 2021 VIVO IPL Should Be Held