The fight of the Paris Saint Germain players over the spot-kick generated a debate in the World Football and the Ligue 1 star Mario Balotelli has pitched his point of view.

The Nice striker Mario Balotelli believes that the former Barcelona man Neymar tries to impose himself on the set pieces at Paris Saint Germain.

In their last match against the Lyon side Paris Saint Germain side earned a penalty against Lyon side and after that, both the PSG superstars went to the box to take the penalty and had an argument which eventually Cavani won but missed the Penalty.

The Uruguayan international also had a fight with the Brazilian right-back Dani Alves over a free kick, though the Fullback said that he wanted to take it by himself but then he gave the ball to Neymar.

After that incident, the Paris Saint Germain striker Cavani said that he has got no problem with the Brazilian attacker Neymar and the PSG manager Unai Emery has asked both the players to sort this thing by their own.

The Nice striker opined about the incident, and he voiced: "[Neymar], you shouldn't even ask [to] shoot them." 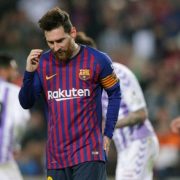