Bayern Munich news says that Carlo Ancelotti is pleased with the performance of the Colombian in his first ever Bundesliga stint for Bayern Munich but also admitted that James is still not at his 100 percent.

Last night Bayern Munich side bulldogged the Schalke side by 3-0 goals in their domestic league and the Italian manager also pleased with James Rodriguez’s performance but he believes that he is not fully fit.

According to the Bayern Munich news last night James Rodriguez scored his first Bundesliga goal and made an assist and with their win over Schalke, they move to the top of the table.

This season the Colombian international joined the Bundesliga giants from the Real Madrid side on a loan but this season he is not fully fit as he is still recovering from his thigh injury.

After the match, Ancelotti says: "He did well, he had a good performance. He played with the team, for the team, together with the others, with a good combination,"

"I think he has to improve his physical condition because he is not 100 percent, but what he did today was really good."

"We played with intensity, with good attacking play, compact when we defended. I think everything was OK."

Bayern Munich news says the Bundesliga giants will host the Wolfsburg side in their next match. 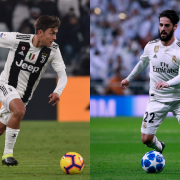