Home Football Is Erling Haaland Destined For the Premier League? 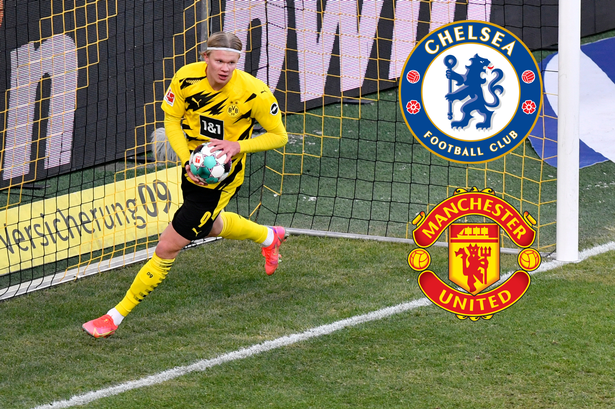 Goals win you football games, which is why elite strikers are a much sought-after commodity. Having a natural goalscorer in your team makes anything possible, and they do not come more naturally than the 20-year-old Norwegian they call Erling Braut Haaland.

Haaland has everything you want from a striker in the modern game. He is young, eager to learn and improve, stands at a colossal 6ft 4in yet is nimble, and has silky skills that help him drift past defenders as if they are not there. Furthermore, he has an almost unnatural ability of finding the back of the net.

The superstar in the making was born in Leeds, England, on July 21, 2000. He is the son of Alf-Inge Haaland, who was playing at Leeds United at the time. The Haaland family moved to his parents’ hometown of Bryne, Norway, when Haaland was only three years old. Little did anyone know back then that Haaland would become the hot favorite to be the golden boot winner with the biggest online betting sites in the world.

Haaland Was a Goal Machine From A Very Early Age

Bryne signed Haaland to their academy when he was five years old, and he played a season for their reserve team during the 2015-16 season. The world got a glimpse of his immense talent when he scored 18 goals in 14 appearances for Byrne 2. Haaland broke into the first team the following season but failed to register a goal in the 16 games he played.

Despite this, another Norwegian team, Molde, signed a 16-year-old Haaland in February 2017. The youngster scored on his debut and went on to find the back of the net 14 times in 39 games before Austrian Bundesliga champions Red Bull Salzburg for an €8 million fee.

Halland played 16 Bundesliga games for RB Salzburg during the 2019-20 campaign, and he was unstoppable, banging in an impressive 17 goals. Haaland also scored four in four in the German Cup and eight goals in seven games in the UEFA Champions League.

Borussia Dortmund secured Haaland’s services for a €20 million fee on December 29, 2019, despite keen interest from the likes of Manchester United and Italian giants Juventus. The Norwegian has been a revelation for Die Borussen, firing in 57 goals in 59 appearances in all competitions. It is a phenomenal strike rate, one that has made Haaland football’s hottest property.

All of Europe’s top teams want Haaland in their squad. However, there are only a few that can realistically afford him. He has a €70 million release clause in his contract that comes into play next season when Haaland is in the final year of his Dortmund contract. Fees over €130-150 million are currently being touted by various news outlets worldwide.

Neither Real Madrid nor FC Barcelona can match the spending power of their English Premier League rivals, especially not Barcelona, whose finances are in dire straits. Reigning Premier League champions Manchester City has a seemingly unlimited budget. The blue half of Manchester is crying out for a new striker after  Sergio Aguero left on a free transfer in the summer.

Manchester United is another elite club with its sights on Haaland, but they have just spent £73 million on Haaland’s Dortmund teammate Jadon Sancho. That massive transfer means Dortmund is in no hurry to sell Haaland at any price.

The young goal machine could be heading to current UEFA Champions League champions, Chelsea. Multi-billionaire owner Roman Abromovich has given manager Thomas Tuchel the green light to bring Haaland to Stamford Bridge and is said to be willing to spend €170 million. An offer of that magnitude, some €100 million more than Haaland’s upcoming €70 million release clause, will seriously test Dortmund’s resolve.