The Spanish supremo of Manchester City Pep Guardiola has nurtured Lionel Messi and Andres Iniesta in his Barcelona days but according to the football, news pep is saying the Belgium international Kevin De Bryune is one of the best he has worked with.

Last night the EPL giants Manchester City thrashed the Feyenoord side by 4-0 goals and after that match pep accolades the Belgium international as  "one of the best players I've ever seen in my life".

football news claims In their last EPL match against Liverpool De Bryune assist goals for Aguero and Gabrial Jesus and after that last night in the Rotterdam, he also played an instrumental role against Feyenoord.

Las night De Bryune made an inch perfect assist to John Stones and opens the scored for the Manchester City last night and after that Sergio Aguero and Gabrial Jesus made a productive start to their Champions League campaign.

Guardiola added: "Kevin is one of the best players I've ever seen in my life in terms of how he can make absolutely everything [happen],"

"He's a top, top quality player. We are so proud and so happy he's with us.

"He's had a few ups and downs, maybe because we didn't win some games [last season] that we deserved.

"He's so stable and he has the mental quality. The rest comes from inside." 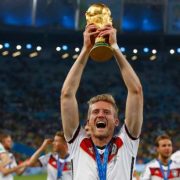