Although India is a cricket powerhouse today, the country couldn't put up a strong fight on the international stage for years. The team lacked...
Read more
Biography

England’s ex-cricketer Kevin Pietersen has disclosed the secret of winning 2010 twenty20 world cup as he said that practicing range-hitting helped his team to...
Read more
Cricket

In this article, we are sharing a complete guide for beginners to bet on cricket and make quick cash while watching the match. Plus,...
Read more
Home Cricket Biography Yusuf Pathan Biography | Family | Career | Net Worth

Yusuf Pathan- A name, very well heard in Indian as well as International Cricket due to his power hitting lower down the order and his unorthodox, but effective bowling abilities. He was one of the toughest players to bowl to, due to his unbelievable power and range of shots.

Yusuf Khan Pathan was born on 17 November 1982 in a small city of Gujarat named Vadodara. He belonged from a very poor family, where his father Mr. Mehmood Khan Pathan worked as the muezzin in a Mosque with mediocre salary and the family did not have the money to buy their own house and used to live in the Mosque itself.

His family consisted of his father, his mother Samimbanu Pathan, his brother, and one of the best bowlers of his time Irfan Pathan.

Afterward, in 2014, Yusuf Pathan and his wife blessed with a baby boy named Ayaan Pathaan.

Irfan Pathan and Yufus Pathan were fond of cricket since childhood, and therefore, their father handed them over to their maternal uncle Ahmed Mia, who was the first one to give bats and balls to the brothers.

Yusuf Pathan is a Right-handed Batsman and Right-arm off-break bowler and up until now, he has played 92 First-Class matches scoring 4572 runs at an average of 35.44 including 11 centuries with the highest score of 210* and taking 196 wickets in his first-class career.

He also has played 191 List-A career matches, having scored 4592 runs at an average of 34.01 including 9 centuries with the highest score of 148 and a total of 119 wickets in his career. The stats of his domestic career are impressive, for a lower-middle order all-rounder.

Yusuf Pathan Indian Cricketer who debuted against Pakistan in 2008, is the 172nd Player to honor the Indian One-Day International jersey. On his One-Day debut, he scored a mere 3 runs in 12 balls and got out against an in-form Shahid Afridi.

After that, in the same year, on his 26th Birthday, he smashed a blistering fifty against England in 29 balls and also got out Ravi Bopara and led India to a 54 run victory against the English.

His debut century came against New Zealand in 2010-11 bilateral series, where he scored his highest score of 123 runs in 96 balls while chasing a huge 316 runs and led India to a 5-wicket victory in the 4th ODI of the series.

He usually, batted at No.6 or No.7, in the line-up and bowled Right-arm off-break and played a total number of 57 One-Day International matches, scoring 810 runs at an average of 27.00 including 2 centuries and 3 half-centuries. He also took 33 wickets, in his short but eventful One-Day career.

He also played a vital role in the 2011 World Cup and is one of the very few luckiest players to have embraced the World Cup-winning team. Yusuf played his last International One-Day game against Pakistan in 2012, where unluckily did not get to bat and gave away 30 runs in his 5 overs.

Yusuf Pathan, made his international T20 debut against Pakistan in the final of 2007 T20 World Cup as a replacement for Virender Sehwag who got injured before the final, where he scored 15 runs in 8 balls before Mohammed Asif took him away from the pitch, and the 2007 T20 world cup trophy is the most prestigious trophy Yufus Pathan won with the Men In blues and it was an important period in Yusuf Pathan career.

Although he never scored a half-century in T20 International cricket, he was an integral part of the Indian T20 team in 2009 and 2012 T20 World Cup, due to his all-round abilities in bowling and especially batting. He played a total of 22 matches and scored 236 runs, with the highest score of 37 runs and took 13 wickets in his short career span.

He played his last T20 International match in 2012 against South Africa where he did not bat and gave 9 runs in his only over.

Indian Premier League is one of the best things to happen to cricket fans, and we as cricket fans know that Yusuf Pathan is a veteran of this league and one of the most experienced ones too.

He continued to be Royal’s player until Kolkata Knight Riders bought him in 2011 for $2.1 million and with the Knights Yusuf Pathan won two IPL trophies in 2012 and in 2014 season.

Then, after his six years stint in 2017, Yusuf Pathan KKR journey Comes to an end and Yusuf Pathan SRH quest begun, Yusuf Pathan in IPL 2019 played his last match for Sunrisers Hyderabad and before the IPL 2020 Auction, they released him due to his poor form.

In total, he has played a total of 174 matches, scoring 3204 runs, at an average of 29.13 including the only century he scored in his IPL career. He has also taken a total of 42 wickets, making him a perfect all-rounder of this beautiful game.

Yusuf Pathan Biography describes that the Indian Premier League was a turning point in his career.

Yusuf Pathan fastest century in IPL he scored in 37 balls, which he scored against Mumbai Indians in 2010, in the Brabourne Stadium of Mumbai, and the record still remains untouched by any Indian Cricketer.

Nobody will ever forget Yusuf Pathan 72 runs in 22 balls against Sunrisers Hyderabad in 2014 at Eden Gardens, to take Kolkata Knight Riders to second place in the league table, which gave them 2 chances to qualify for the finals.

According to standard IPL rules ultimately won by Kolkata Knight Riders in 2014 on account of a brilliant performance from Manish Pandey and a magical cameo from Piyush Chawla in which he smashed Johnson in the last over of the innings to lead the Knight Riders to a 3-wicket win over the Kings.

Yusuf Pathan and Andre Russell formed a 96 run 7th wicket partnership, where Pathan played a brilliant knock of 60 runs in 29 balls against Royal Challengers Bangalore in 2016, to take the Knight Riders to a nearly impossible victory.

The range of shots and the power, which Pathan possesses, makes him a special stroke player. He is one of the few players, who on his day can single-handedly take the match away from the opposition. His unpredictability is what makes him a unique player.

Yusuf Pathan, who turned 37 in November 2019, is currently playing Ranji Cricket for Baroda. Pathan was recently in news because of an on-field spat with our test team vice-captain Ajinkya Rahane, in a match against Mumbai in December 2019.

Pathan, in 2012, has scored the joint-second fastest first-class half-century by an Indian, in just 18 balls, against Vidarbha, where his overall tally of runs was 78 in just 36 deliveries, with 6 fours and 5 sixes, which remains an unbroken record till date.

Yusuf Pathan scored the second-fastest century in First-Class cricket by an Indian off just 51 balls playing for West Zone in 2008/09 season of Duleep Trophy against Central Zone and also stitched a match-winning partnership with Cheteshwar Pujara of 136 runs.

Record of joint fastest IPL half-century off just 15 balls in 2014 playing for Kolkata Knight Riders against Sunrisers Hyderabad at Eden Garden leading his team to a special victory against the Sunrisers.

Yusuf Pathan Record which is and will be untouched for a long time is the fastest century by an Indian in IPL against Mumbai Indians off just 37 balls while playing for Rajasthan Royals.

Another record which is listed against his name is that he has scored the fastest List-A ton by an Indian off just 40 balls, where he smacked the bowlers Maharashtra all-round the park in the West Zone Vijay Hazare Trophy, 2010.

Finally, he has the record of second fastest List-A half-century off just 18 balls, where he was playing for West Zone against the Kohli led North Zone in 2010

So, overall, the career of Yusuf Pathan has been a tough path to follow, because even after so much domestic success, he really got very limited chance to prove himself on the International Spectrum. But, Yusuf Pathan, is a player who will never be forgotten by Indian Cricket and its fans.

The Net Worth of the aggressive Yusuf Pathan in the year 2020 is around $26.5 million, He also owns a lavish house worth of 2.5 crores in Vadodara, Gujarat, and most of his earning came from the game cricket and in his playing days he has also endorsed brands like Pepsico and Tata Indicom. 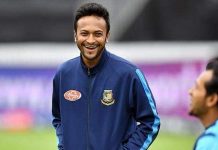