Chris Gayle, the famous Jamaican cricketer who is one of the greatest batsmen ever in T20 cricket who plays for the West Indies cricket team. He is the only player who scored a triple hundred in tests, double centuries in ODI’s and centuries in T20’s.

Daughter of Jeff Berridge and Sandra Berridge, Natasha celebrates her birthday on 31st August. She is 34 years years old as in 2020. Tasha’s hometown is in Basseterre of Saint Kitts and Navis.

Kingston of Jamaica was also where she lived. Tasha and Allysa Berridge are her other name. Her nationality is Jamaican. Her ethnicity being Afro-Jamaican. Tasha’s stars are lucky at Virgo.

Some of her physical features being are that she stands 5’6’’ tall. Tasha weighs 143 pounds and 65 kgs if measured in kilograms. Staying fit is her ultimate moto and she holds body statistics at 36-28-38. She has dark brown eyes to fall for and her hair color is black.

Better known as Chris Gayles’s wife, Tasha had attracted very many paparazzi as her partner, and one of the beautiful wives in the cricketing fraternity. Natasha is exuberant and lively and is as famous as her husband. She was her Daddy’s Princess as she was their only daughter and after becoming Chris Gayle’s wife she is treated none less than a queen.

Natasha  Berridge like all other people has some likes and dislikes. Her favorite actor is Ryan Reynolds. The actress who tops her list is Megan Fox. Her favorite color being the basics red and blue.

She puts on her headphones to Rihanna and the Jamaican comedian always stays her favorite.  The place she loves visiting is Australia.

Her hobbies are that she is a fitness freak and loves reading books. Natasha does not keep interested in smoking and drinking. She is not a vegan and keeps her food habits very proper to maintain a strict diet.

She has an extremely sharp sense of fashion. She is a social media queen as well as a fashion designer and hosts many famous fashion events. Tasha is the reason behind Gayle’s ostentatious dressing. She is responsible for promoting several activities relating to carnival and festivities.

‘Ultra’ is the name of the fashion brand which holds Tasha and her friend Ozelle as its founders. She had collaborated with several brands and they go through a yearly carnival. Besides being a fashion designer, she is also a model.

An intimate and unforgettable experience of all mas inclusive the flawless and glamorous high fashion costumes is known as the ULTRA Carnival. The entire carnival has a resemblance to a utopic world. Natasha Berridge owns the brand Ultra and is responsible for all the carnivals hosted by that brand.

As said earlier she is a very successful fashion designer, Chris Gayle’s wife Natasha Berridge almost gets a net worth around USD 200,000 till 2018. Chris Gayle, on the other hand, has a net worth of USD 15 million. Natasha Berridge landed up in a controversy when a player, McLaughlin in the Big Bash League (BBl) jokingly asked her out for a date.

Instead of feeling uncomfortable, she could very well handle the matter in a light tone only if she had the wits to talk to a batsman. However, to it Gayle commented, “Don’t blush, Baby”, making it the root of the controversy.

Gayle who had said this faced severe criticisms because many thought it was poor judgment. However, he had cleared himself saying that he had no intention to hurt anyone. Later on, the BBL team imposed an AUS 10,000 dollar fine.

The West Indies batsman and his wife Natasha Berridge owns their own luxurious mansion in Jamaica. Besides being a three-storeyed mansion, it has full arrangements for in-house parties to entertain their guests.

The sumptuous nine-bedroom mansion has its own movie hall, multiple swimming pools, a mini theatre, and many more extravagances to be one of the seven most richest splendid houses of international cricketers.

Natasha always had a love for sports and especially supported cricket. Her family was always closely connected to Gayle. At the time when Chris Gayle had undergone surgery, Tasha had assisted him fully during that time.

She also had bonded with Gayle’s parents. Tasha’s brother Richard worked as the Chief Operating Officer of St Kitts and Nevis Patriots. Richard was also the former manager of Jamaica Tallawahs.

Tasha is the wife of Chris Gayle, the batsman in the West Indies cricket team. Natasha and Chris got married on May 31 in the year 2009. Natasha gave birth to Chris’ baby girl. Initially, their daughter was named Blush, but later on, it was cleared that Chris Gayle’s daughter’s name was Kris-Allyna Gayle.

Chris was overwhelmed at the birth of their daughter and mentioned that it was an experience of a lifetime to be called a father. The hitman wrote,” We would like to welcome the arrival of our beautiful daughter ‘Blush’ to this world 2 hours ago, Thank God. #GoodHealth&Strength- The greatest gift and feelings anyone would want. Great experience witnesses every bit of it. Have to give my blessings to Tasha,strong woman.”

Chris Gayle has a very loud nature. The carnival of 2016 at St Kitts and Nevis looked on at the couple participating at the festival of ‘Sugar Mas’. St Kitts can also be called as a Sugar City. The couple had enjoyed in the mas with Chris Gayle flaunting his cool costumes and Allysa showing off her fitness curves.

The raunchy dance was related to some traditional West Indian culture. ‘Universe Boss’ is the name we refer Chris Gayle with for his cool costume styles.

Chris Gayle and his wife Natasha Berridge have been living their life to the fullest making their own dreams come true. Gayle and Tasha are self-made personalities and very successful and their respective careers.

They have always been passionate about whatever they did. Chris Gayle is one of the most successful players in International Cricket with his remarkable batting skills.

He is not that young but still is appointed to play Brute Force shots batting ball beyond the stadium. On the other hand Chris Gayle’s wife, Natasha Berridge created her own empire is a very successful fashion designer. Together both of them make an extremely proud parent and are successful in their parenthood.

Natasha Berridge, wife of Chris Gayle hardly had any love interest before Christopher Henry Gayle. She was always connected to him from her teens and became his spouse when they realized their feelings.

Natasha the fashion icon got married to a totally different person of a completely separate career. In April 2019 Kris-Allyna Gayle turned 33.

There is a universal soft corner of all us watching a father-daughter relationship. Despite being a monster on the field, when it comes to the daughter he goes soft. Chris has wished her a happy birthday in April 2009 calling her #UniversalBossPrincess.

When it was her second birthday, Chris dedicated a century against Sunrisers Hyderabad in the Indian Premier League, 2018. He dedicated the glory to his daughter.

On Chris Gayle’s 39th birthday, he posted his little daughter’s picture captioning it as “greatest birthday gift of all time”. And also added that she was her “forever Valentine”.

The father-daughter duo has already won millions of hearts and Kris has indeed lighted up Chris’s lifetime. Chris Gayles’ wife Natasha Berridge is also equally involved with her daughter.

Her daughter Kris got her genes of fashion and many times already dressed up in the carnival attire. Despite all these, we tend to see more of father-daughter that is Chris and Kris setting goals on social media.

Therefore taking a glance at Natasha Berridge’s life it can be summarized that she has always lived a life of a million, and was born with a silver spoon in the mouth.

She has a very luxurious lifestyle and is a fashionista hosting many different carnivals and shows, parallelly living her motherhood at its peak. Natasha Berridge, Chris Gayle’s wife is a loyal lover and a hardworking mother. 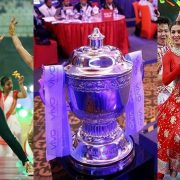