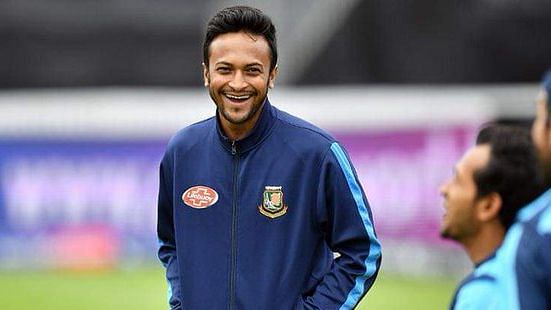 Shakib Al Hasan is a Bangladesh cricketer and former captain. He has played professional cricket in several domestic T20 leagues, including the Indian Premier League.

The all-rounder has also been capped more than 50 times at Test level – and has played 200-plus ODIs and over 70 T20Is.

Shakib and the Bangladesh Premier League

Al Hasan has represented the Khulna Royal Bengals, Dhaka Gladiators, Rangpur Riders and Dhaka Dynamites in the BPL. He is the highest wicket-taker in the history of the tournament. This success in Bangladesh’s premier domestic T20 competition has afforded Shakib opportunities elsewhere around the world.

Shakib in the Indian Premier League

The Sunrisers Hyderabad and Kolkata Knight Riders have been Al Hasan’s homes in the IPL. The 2021 tournament will bring a second stint with Kolkata for him. KKR are not necessarily the favourite to win the IPL among the outright markets on any popular betting site list in Bangladesh. But bet365, 1xBet, Megapari, 22Bet and others have them well priced at 7.0 for a third IPL title. They won the competition in 2012 and 2014. Shakib was with the franchise for both title-winning seasons. He will play alongside West Indian star Andre Russell at KKR.

Shakib in the Caribbean Premier League

He has also travelled to the West Indies to play for the Barbados Tridents and Jamaica Tallawahs in the CPL. Like with KKR, he has had two stints with Barbados. Al Hasan is one of a few Bangladesh cricketers to play domestic T20 cricket in the Caribbean. Current ODI captain Tamim Iqbal is another. He played for the St Lucia Zouks.

Shakib in the Big Bash League

Australian crowds have also witnessed Al Hasan’s solidity with bat and ball during the BBL. He has been with the Adelaide Strikers and Melbourne Renegades. This experience has helped Al Hasan perform against Australia at international level, after facing several stars from down under at domestic level.

Shakib in the Pakistan Super League

He has been associated with the Karachi Kings and Peshawar Zalmi in the PSL. The tournament has also been held in the United Arab Emirates, where Al Hasan sports plenty of experience.

Not many Bangladesh cricketers have played professional competition in the United Kingdom. Shakib has, for Worcestershire and Leicestershire.

Shakib at the T20 World Cup

He will likely be included in Bangladesh’s squad for the T20 World Cup later this year. India will host the tournament in October and November. It will feature 15 other teams, including two-time champions West Indies.

“With due respect I would like to state that we are scheduled to play T20 World Cup in India. This is a very important tournament for us. I believe taking part in the upcoming IPL will give me the best opportunity to prepare for this prestigious tournament. In this circumstance, I would request you to allow me to participate in the upcoming IPL and give me the best opportunity to prepare for the T20 World Cup,” he wrote in a letter to the Bangladesh Cricket Board recently.

His international career started with an ODI against Zimbabwe in Harare in August 2006. He took the key wicket of Elton Chigumbura before hitting 30 not out. Shakib has since become a relatively permanent fixture in Bangladesh’s ODI level for more than a decade.

Al Hasan’s T20I debut was also against Zimbabwe, this time in Khulna in November 2006. His lone wicket this time was that of Sean Williams, which had been preceded by a steady 26 in the middle order.

Shakib’s maiden Test came almost a full year after his first ODI. Playing against India in Chattogram, he scored 26 in the first innings and did not bat in the second. He also had only one opportunity to bowl – and went without a wicket.