Football is often known as the beautiful game. Well, it is easy to see why it attracts a lion’s share of fans across the globe. Although there are a plethora of factors that define the competitiveness of football matches, the value of the football trophy is so significant. Valuable trophies make the competition stiffer and entertaining. 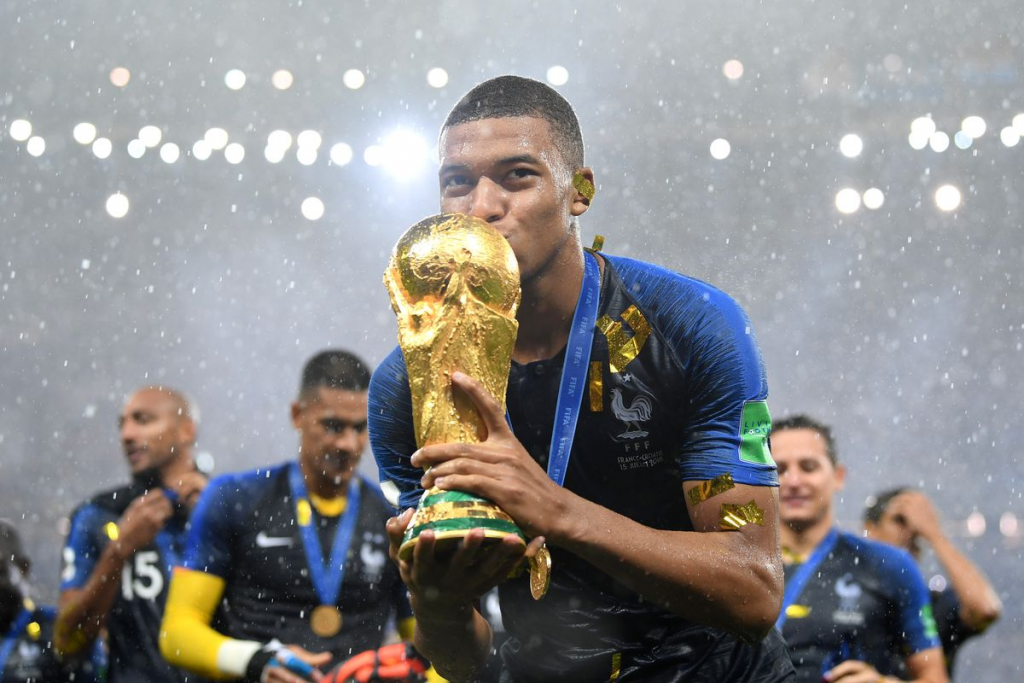 Fans from different cities, states, countries, and continents stay glued on their screens or enter stadiums to watch such games. Players and stakeholders cannot cut corners but rather pull all their efforts to win it. Let us now delve into 10 of the most coveted football trophies in the world.

The FIFA World Cup is the most prestigious and highly-coveted football trophy in the world. There are scores of players who have won every title they could except the FIFA World Cup. The FIFA World Cup was founded in 1930 and has been taking place every four years. It did not take place in 1942 and 1946 because of the Second World War.  As the name suggests, the FIFA World Cup is a trophy given to the winner of the World Cup tournament. Countries drawn from different continents compete through group stages and all the way to the finals. The real value of the FIFA World Cup trophy is $20,000,000! However, the prestige that comes about after lifting the trophy is unquantifiable.

European major football leagues are given slots for teams that participate in the UEFA Champions League. It is one of the most followed leagues not only in Europe but across the world. This league sets a stage for European club giants and big-name players to meet and showcase their football ingenuity. The intensity and the seriousness of play show that it is undoubtedly one of the top trophies in the football world. This league has treated fans with spectacular football and drama as every team fights for the trophy.

UEFA European Championship informally referred to as Euros, is a tournament contested by men’s national teams of member countries of UEFA. The tournament was first held in 1960 and has been happening after 4 years except for 2020 due to the Corona Virus hiatus. The host nation gets direct qualification while other eligible European countries participate in a qualification process. The most successful teams in this tournament are Spain and Germany, both with three trophies.

Apart from the English Premier League, UK clubs also participate in the FA Cup tournament. Arsenal currently holds the record of most FA Cup trophy wins. Although there have been surprises in the FA Cup, it is fair to say that the trophy has rotated among the big clubs like Manchester United, Arsenal, Chelsea, Manchester City, and Liverpool. This competition runs alongside the English Premier League and the final is often played in the immediate weeks of the EPL season conclusion. The FA was founded in 1871 and involves teams from the EPL down to the 5h division. The original trophy was stolen in 1895 while being held by Aston Villa. In 2016, the FA cup was valued at £1 million.

Copa America, formerly referred to as CONMEBOL Copa America, is the men’s football tournament that is contested amongst the CONMEBOL national teams. This event is the oldest football competition in South America and the second oldest international football competition. This event attracts plenty of fans across the globe and the tournament is used to determine the champions of South America. Surprisingly, teams from Asia and North America have also been invited to participate since the 1990s. The most successful club in Copa America is Argentina with 13 trophies.

The English Premier League trophy is a highly-competitive and one of the most precious trophies in football. This trophy is competed by men’s senior teams in the UK. The team that wins the English Premier League is given the EPL trophy. The EPL consists of 20 teams drawn from the UK. Since being reformed in 1992, Manchester United is the most successful club with 13 titles.

La Liga is an annual Spanish senior men’s football tournament. The tournament consists of 20 teams and the winner is awarded the La Liga trophy. Founded in 1929, the tournament is currently referred to as La Liga Santander for sponsorship reasons. The three lowest teams at the end of every season are relegated to the subsequent division and replaced by two teams from that division as well as the winner of the playoffs. Real Madrid has the most La Liga trophies at 34.

As the name suggests, this is a football competition between top African nations selected based on the qualifiers system. A total of 24 teams are selected from the qualification while the host team qualifies automatically. The tournament was first held in 1957 and is often played after every two years.  Egypt stands as the most successful team with 7 African Cup of Nations trophies.

This is an annual knockout football competition in Spain. It is the second most valuable trophy in Spain after the Spanish La Liga. It was founded in the year 1903 and has been highly contested by Spanish clubs. A total of 126 teams contest for the trophy every single year and any team that wins outside the UEFA Europa League qualification points is granted a direct ticket. Barcelona is the most successful club in Copa Del Rey. It has won a total of 31 Copa Del Rey trophies followed by Atletico Bilbao at 23.

There are many other world football trophies but these are no doubt the top and most prestigious trophies. These trophies command huge coverage and every eligible team and players are always eager to win. The value is not only in terms of money but also the prestige that comes after winning the trophy.