The Premier League is the most followed football league in the world for many reasons. For starters, there is the unpredictability of plenty of matches, entertaining plays, the ever electric fanbase and more. 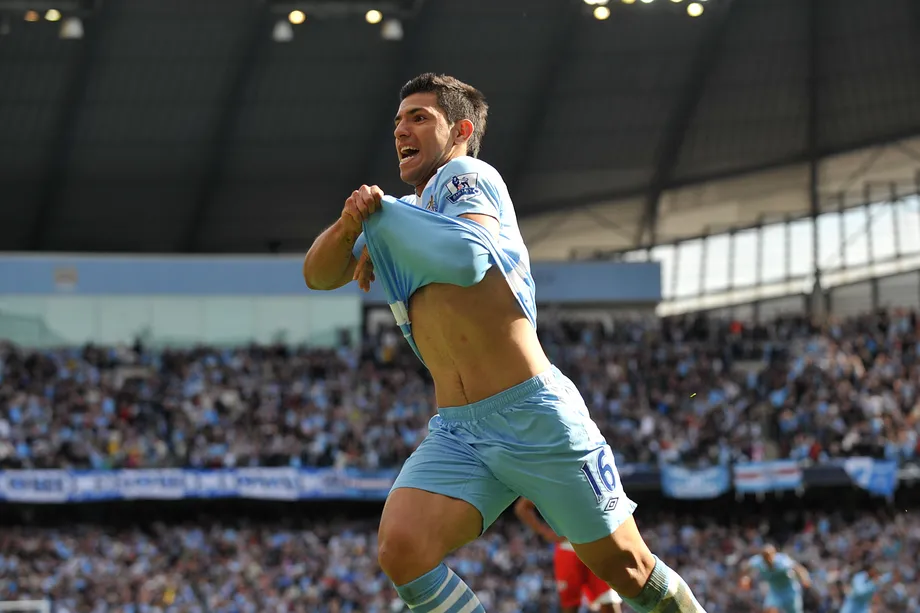 Over the years, the Premier League has had a series of unforgettable moments that just adds up to the basket of amazing things about it. Ranging from last gasp crucial goals, unexpected wins, thrilling derbies, and dirty plays among others. The array of all these factors has shaped and given the Premier League the trajectory of its own kind. In this article, we will flashback, looking back at the 25 most significant moments in Premier League history. Let’s get started!

Going into the last game of the 2011/2012 season, Manchester United and Manchester City were level on points. However, City had a superior goal difference and they needed a win against QPR to clinch the title for the first time in 44 years. Surprisingly, QPR was leading in the dying stages of the game while United was ahead on the other side. In the stoppage time, Aguero pulled a masterclass and drove the ball past the QPR goalkeeper making it an unexpected 3-2 win.  There was no better way to wrap the game than one of the most valuable players Premier League to do it. This goal won Manchester City the Premier League trophy for the very first time!

In April of 2011, Manchester United hammered Arsenal 8-2. The scoreline was unbelievable and Arsenal fans will never forget that humiliation. Rooney and Ashley Young were red hot and stole the show for United.  The win injected more energy and belief for United that season and could have won the league was it not for Aguero’s last-minute goal against QPR. Fergie Retirement

Alex Fergusson had won a lot with Manchester United and his retirement was on the cards. In May 2013, he dropped a bombshell by announcing his retirement as the club’s manager. 49 trophies for United was an unbelievable career. For the neutrals, it was sad to see the EPL legend take the backseat after so many great moments in the game.

In 2014, Liverpool was on course to win their first EPL trophy for 24 years. However, Gerrard’s slip in his own half in the Anfield match against Chelsea prove costly as Demba Ba capitalized and scored to give Chelsea a 2-0 win. The subsequent draw at Crystal Palace gave Manchester City the title.

In April 2012 Everton pulled two late goals and held Manchester United to 4-4 at Old Trafford. This game cost United as Manchester City closed the gap, eventually winning the league in the last matchday.

Luiz Suarez was one of the finest strikers though controversial in the Premier League. In 2013 at Anfield against Chelsea, he bit Chelsea’s Ivanovic. Although he avoided a red card, he received a 10-match ban.

In 2002, Wayne Rooney scored the winning goal against Arsenal. He was only 16 and his strike ended Arsenal’s 30-match unbeaten run.

After taking over Chelsea the previous year, Abramovic needed a change. In his second season, he made a managerial change and hired Mourinho. The Portuguese marked called himself “The Special One” and won Chelsea the Premier League in his first season.

After surviving the relegation nightmare, Leicester went on to win the EPL trophy in 2016. The bargain buy and appointment of Ranieri as the manager was enough to beat the odds and win the league for the first time.

On May 14th, 1995, Blackburn won the league at Anfield despite defeat at the hands of Liverpool. They pipped United by a single point.

After leaving Arsenal for Manchester City, Adebayor faced his former club at Etihad. He scored the third goal in the 4-2 victory and celebrated in front of fans. Arsenal fans were enraged and he later apologized.

In February 2011, Rooney smashed in an overhead kick against Manchester City to put the title hopes alive.

In 1999, Cantona received a red card in United’s game against Crystal Place. As he walked to the dressing room, Cantona aimed a kung-fu kick at a Palace fan. This earned him a 9-month ban.

Among other things, Fergie was known for his time signal in the dying stages or minutes of the game. This signal was coined “Fergie time”. United did manage to grab wins or important points with Fergie’s time signal.

On August 3, 1999, Arsenal completed the signing of Thierry Henry from Monaco. He helped Arsenal win 3 Premier League titles and three FA Cups. He is the all-time leading goalscorer for Arsenal.

Manchester United was having a bad season in Jose Mourinho’s third season.  In mid-December 2018, United suffered a humiliating 3-1 loss. The following day, Mourinho was sacked.

On Saturday, February 2011, Newcastle welcomed Arsenal at St. James Park. By half-time, Arsenal were 4-0 up. However, Newcastle mounted a comeback, and the game ended in a 4-4 draw.

1n the 1996/1997 season, David Beckham scored a classic goal against Wimbledon. He saw the goalkeeper off his line and decided to launch a strike from his own half.

In October 2011, Manchester City hammered their neighbors Manchester United 6-1 at Old Trafford. Apart from the goal, Mario Balotelli stole the show with the “why always me” shirt.

In the 2011/2012 EPL season, Wigan had started the campaign dismally and were favorites for relegation. However, they turned things around following a shock 2-1 win at Anfield on March 24th. They went on to win six of their last eight matches to avoid relegation.

In February 2012, Chelsea welcomed United at Stamford Bridge. By the 50th minute, Chelsea was 3-0 up. However, United pulled two back through penalties before Chicharito wrapped up with a goal in the 84th minute.

On 24th October 2004, Manchester United beat Arsenal 2-0 to end their 49-match unbeaten run. The game was marred with chaos as officials and players from either side clashed in the tunnel.

On 2008 Boxing Day, Manchester City played Hull City. By halftime, the score was 4-0 in favor of Manchester City. Hull’s manager was so furious and gave a half-time team talk on the pitch!

There are many historic EPL moments that will always be worth a flashback. From eccentric play, last minute goals, amazing comebacks to off the pitch drama, the EPL will never disappoint!