Players from every position whether it be defense or offense or a midfielder or even a goalkeeper are capable of turning a match around and get fame. The beautiful game has changed the life of many and has helped them achieve worldwide appreciation. Many of them could not hold up their consistency and soon lost their position and very few kept the heat and met the expectations of the people from all over the world.

Here is the list of famous football players of all time: 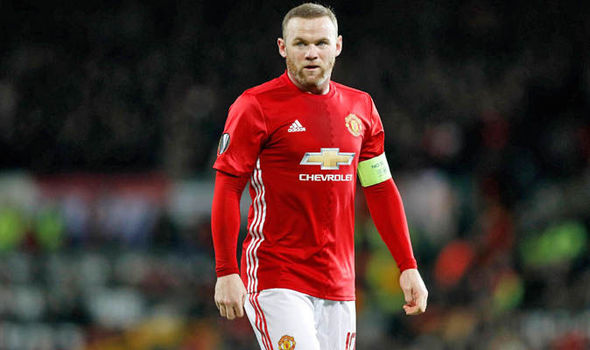 Wayne Rooney is the most successful English footballer is described by the people as – Legend, Talented, thriving to win and most importantly a Winner. Wayne Rooney, England’s all-time leading goal scorer had retired from International Football way back in 2017 but according to the latest news, he may be called back for a friendly match against the USA. The management is not satisfied with the farewell he had received and wish to give him a better farewell this time, and because of his wonderful performance at  Most Famous Football team(Manchester United), he is considered among Famous Football players in this current generation.

Rooney was one of the golden jewels of Sir Alex Ferguson’s best Manchester United team. Rooney in his career played as Defensive midfield, Attacking midfield, striker, winger and even as a defender once. His bicycle kick against Manchester City in the Manchester derby had just left the world speechless. He presently plays for Derby County Football Club.

Not the result we wanted but we’ll be back stronger next year. Always great to see the lads and staff from @manchesterunited, wish them all the best for the rest of the season. Special thank you to the #manutd fans for the fantastic reception, meant a lot ❤️👍🏼👏🏼 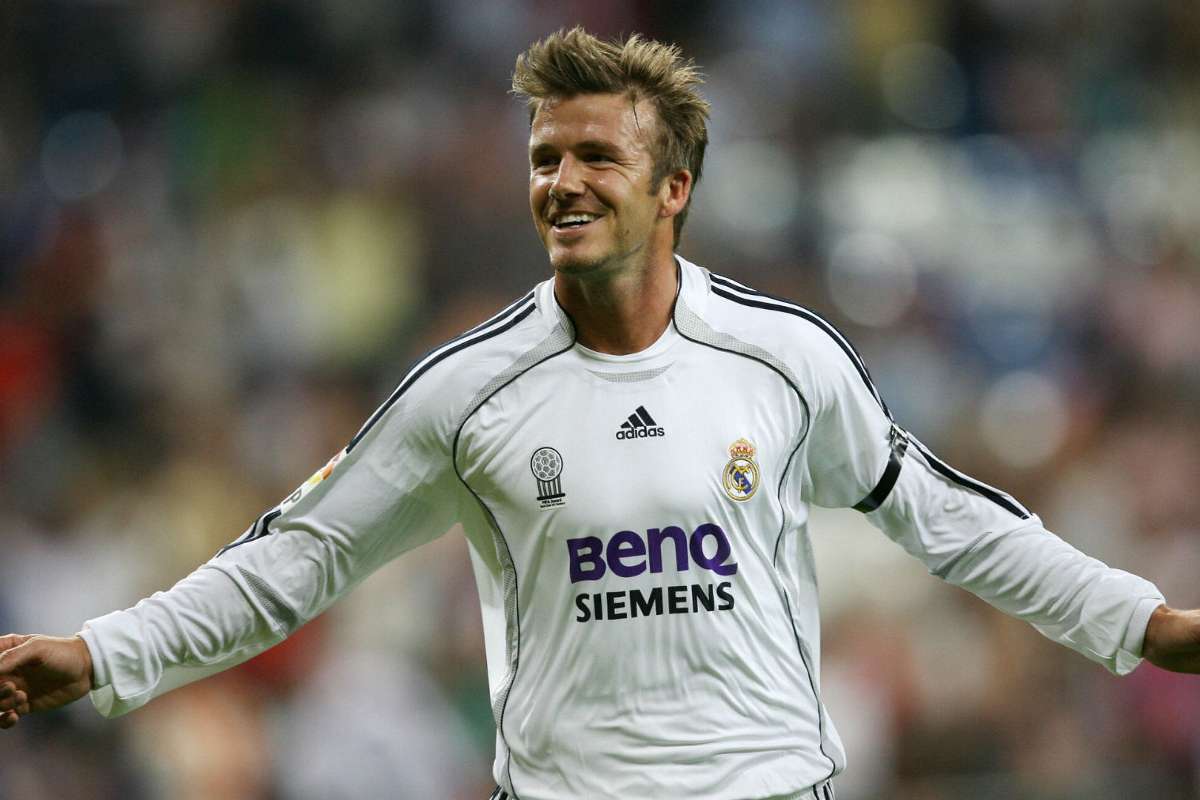 Beckham became incredibly popular because of his exceptional stamina. One could see him moving up for the attack build-up and the next moment he was falling back to stop the counter-attack his team was facing. He was great at corner kicks and freekicks and scored many incredible goals from his stunning free-kicks which also makes him Famous English football players of all time.

He could easily hit the top corners of the bar post with his freekicks.  Freekicks were like penalties to him. His handsome looks influenced even the girls to come to the stadium and watch the match and take more interest in football. The Englishman in his professional career has played for Real Madrid, Manchester United, La Galaxy, and Paris Saint-German but he was never hated by either of the fans.

Proud to be a part of the @MLS 25th anniversary celebrations in New York. Thank you to @thesoccerdon for all of your support, 3 days to go @intermiamicf 🙌🏻 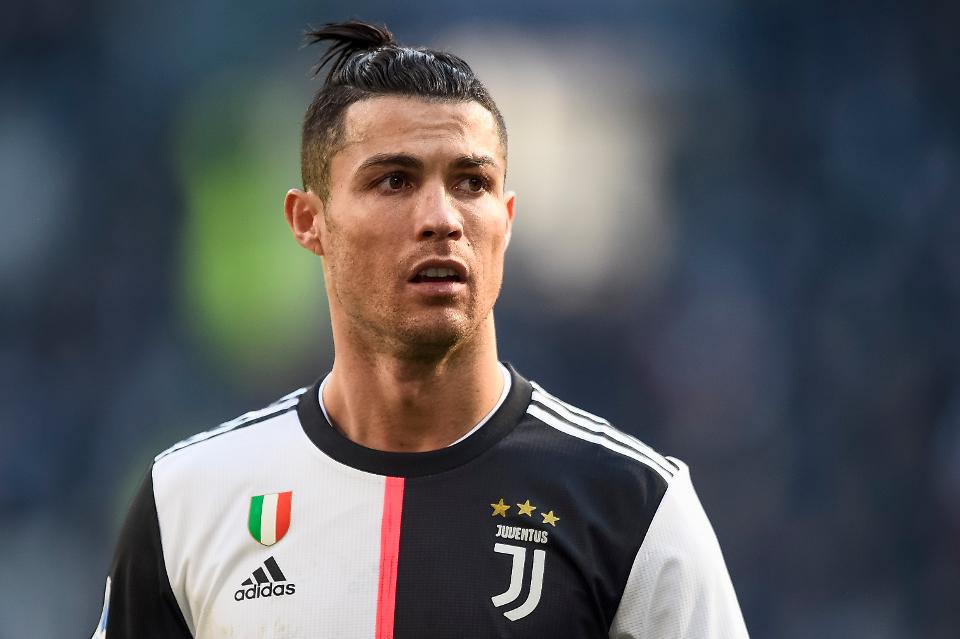 In today’s world popularity is mostly measured by followers on social media, Cristiano presently has the most number of social media followers and it keeps on increasing rapidly and needs to be updated every 4-5 days. Cristiano’s popularity and fame helped the CR7 shirts to reach a net worth of 60 million in just 24 hours, and the Portuguese Ace is the most famous footballer in the world, and also one of the famous No.7 football players in this world.

Ronaldo has been one of the main players in the golden era of Manchester United, Real Madrid, and the Portugal National Team. In the present world of football Ronaldo is the best player who has won almost everything. His popularity could be clearly seen when his move from Real Madrid to Juventus FC increased the followers of Juventus FC by 1.1 million within 24 hours.

In this very difficult moment for our world it is important we unite and support each other. Let’s all do what we can to help. #beyondthemask #nevergiveup 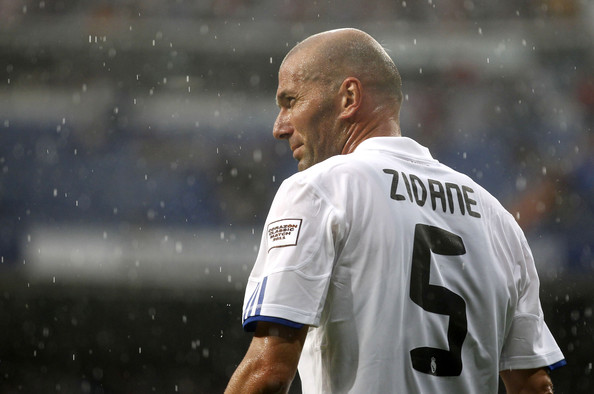 Not only as a player but his recent stats as a manager have also proved that he is also a great coach. With Real Madrid as a coach, he has played 9 finals among which he has won all the 9. He has won 3 consecutive UEFA Champions League trophy with Real Madrid as a coach. In his playing career, he played for Real Madrid, Juventus FC and in his later career towards the for FC Girondins de Bordeaux. 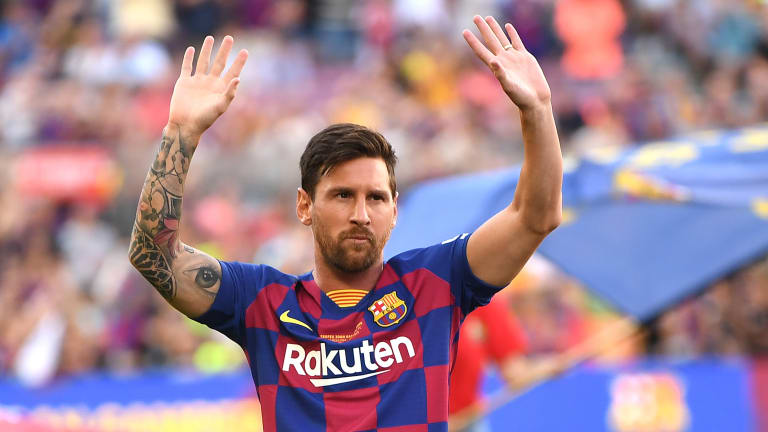 Lionel Messi one of the best players presently, regarded as the God of football has recently won the Ballon’dor and the top scorer of the year. Messi is extremely talented and his talent is purely seen in his game whether it be dribbling skills, ball control or the goal-scoring techniques and with all these skills the Argentine sensation is the most popular football player in the world and also one of the famous Argentine footballers in this generation.

His approach towards the game is capable of winning a match in which everyone has lost all hopes. He is the 7th most popular athlete in the world. He has recently featured in the FIFA Team Of The Year which has incredibly increased his market value to 1 billion. Messi’s interview about how his grandmother helped him to escape from the bathroom to play the match for his team went viral on social media and was liked a lot by the people. 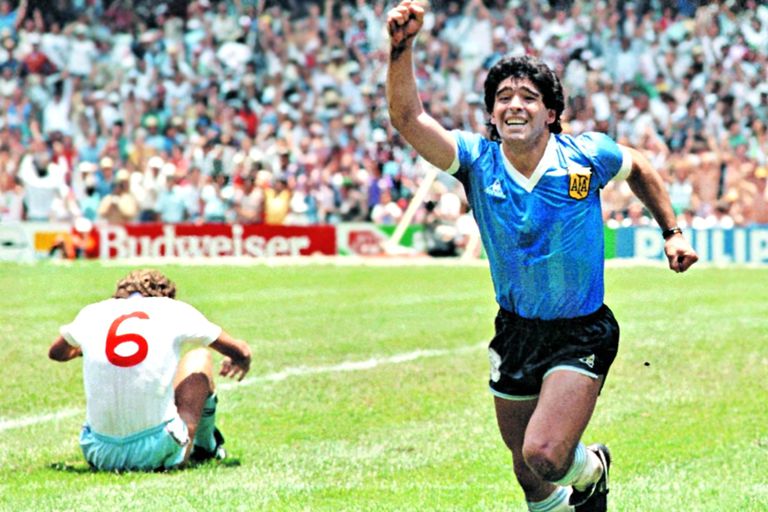 However, he had ruined his career by consuming drugs like cocaine which made is fitness go off. He was banned by FIFA. In his career, he has played for Boca Juniors, Barcelona FC, Sevilla, and Napoli. Among these, he had got the most fame in Napoli and Napoli was the place where he got the addiction for drugs.

After his recovery, he came back to Argentina National Team as a coach and had almost won the FIFA World Cup but had lost to Germany in the finals with a really close call, though he is the one who single-handedly won the world cup for his country Argentine in the year 1986 and he is regarded as one of the famous No.10 football players in the history of the game. 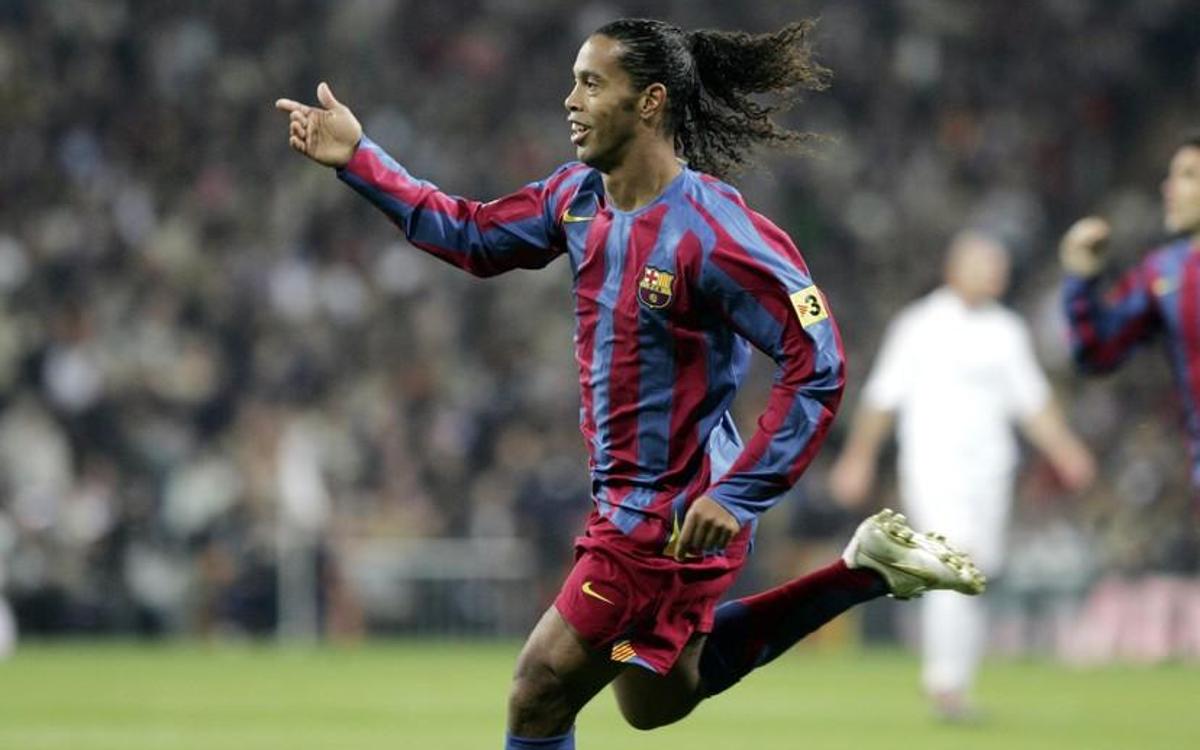 Ronaldinho Gaucho was one of the most talented and loved players. He was like a magician on the field who could just turn the game on his side. His incredible performance in the 2002 FIFA World Cup had won Brazil the world cup where no one expected Brazil to win.

Once Real Madrid had rejected the offer to buy Ronaldinho saying that he is ugly but later on people started loving him just because of his smile and with his swashbuckling performance for the Catalan giants and for his country made him one of the famous football players in the world.

However, the love for him among the people started reducing when he could not deliver the game on the pitch anymore. The reason was later found that he had been going to night clubs partying and drinking alcohol which had sucked up his stamina. In a recent interview, he said that he misses the football world and tears were seen rolling down his eyes but little did he know that the Football world misses him more, and the Brazilian wizard will be always in a position of the famous Brazilian footballers list. 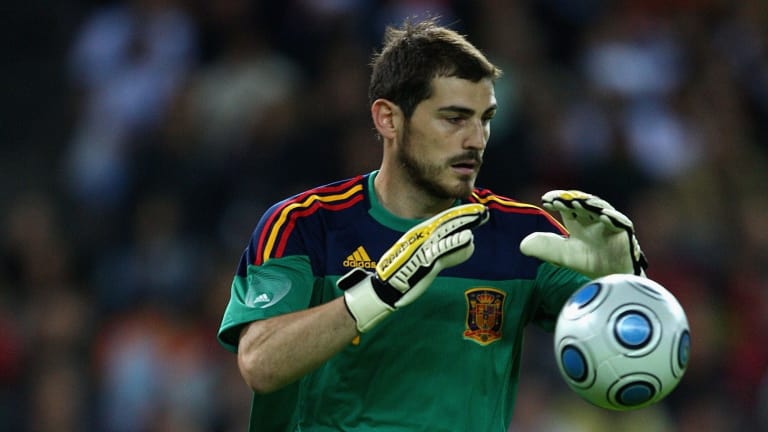 The best ever goalkeeper in the history of football who has turned many matches around just with his beautiful saves which no one thought could be saved from going inside the goal. Under Casillas’s captaincy, Spain won the 2010 FIFA World Cup and the 2012 Euro Cup and came up like underdogs. Spain could have lost the match in the World Cup final during the extra time but Casillas’s two great saves just turned the match around.

He also has won many accolades with his club Marid and put some wonderful performance for them as well and which makes him one of the Famous footballers of this current generation, and also considered famous Soccer players of all time in the history of Spain.

While retiring from Real Madrid, tears were seen in the eyes of Iker which broke the heart of many, people could not see teams roll down a legends’ eye. Later he joined FC Porto and even at the age of 40 he played incredibly and showed that he was still worthy until in 2019 he suffered a heart attack which shocked the whole world. Yet after few months, he was seen back on the field for FC Porto but in February 2020 he officially announced his retirement from football. 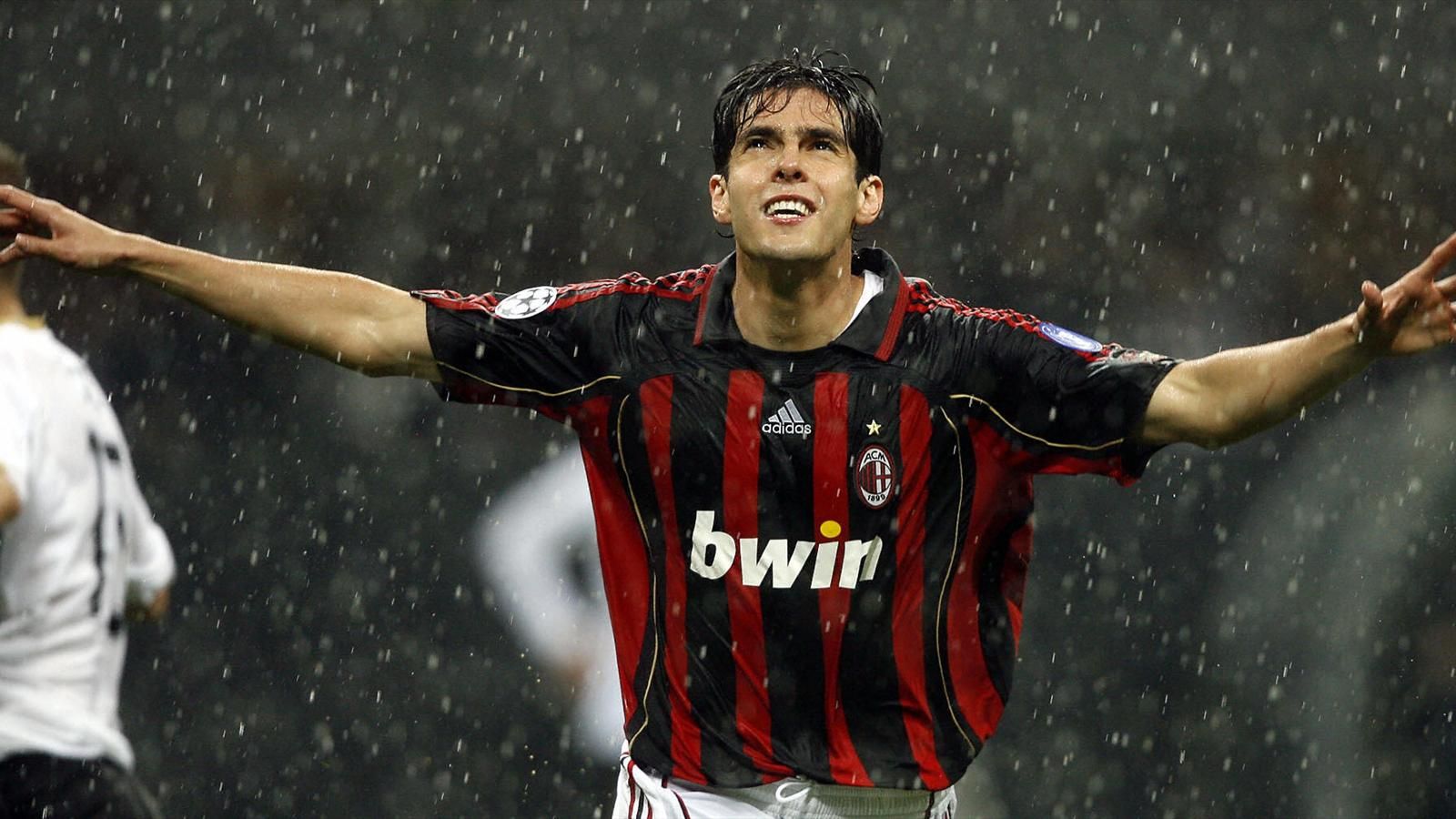 Ricardo Kaka is considered to be one of the most unique footballers in the history of football. Starting his professional career way back when he was 18 years old. In the Brazilian League, he did not take much time to get recognition. He had won the FIFA World Cup twice, once in 2002 and next in 2006. He had also won the confederations cup twice and also participated in the world cups as well with his country and also considered as one of the famous Brazilian football players in their history.

His curved freekicks were like nightmares to the goalkeepers. No goalkeeper had the guts to stop his freekicks. He was the main key who lead the golden era of AC Milan. He was also a key player of Real Madrid during the time of Galacticos, and with his lung-busting runs and deadly finish skills, Kaka will stay among world-famous football players of all time. 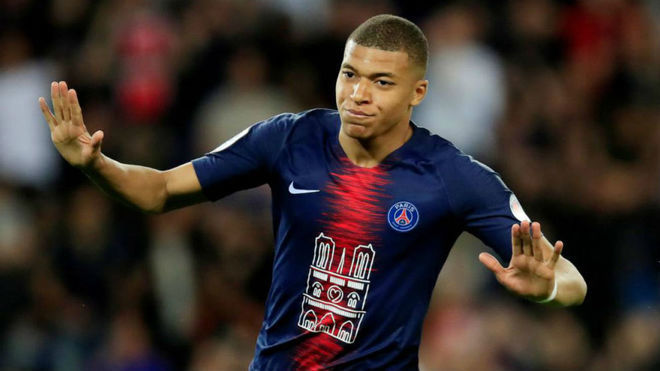 Kylian Mbappe, the 19-year-old French footballer has recently gained worldwide popularity after his stunning performance in the FIFA World Cup 2018 which had stunned the whole world. He was one of the main reasons for France winning the 2018 World Cup. His speed is unmatchable and is presently one of the fastest footballers in the world. His exceptional performance in the World Cup has made big clubs make big bids to buy him, and the Youngster is one of the famous football players in the world.

It is just the beginning of his career and there is are a lot of expectations from him. If he keeps up the dedication he can achieve a lot in his professional career. He is presently playing for Paris Saint-German.