According to the Juventus news, Allegri believes that the Serie A star Dybala has no limits to his potential after he made a wonderful star of the season.

The Serie A youngster Paulo Dyabal had backed his quality to prove himself as good as Messi, Ronaldo, and Neymar.

Juventus news alludes that the supremo of Juventus Allegri has put Dybala in the same bracket with the Trio (Messi, Ronaldo, and Neymar).

Last night the Argentine star came off the bench and scored one goal for the Juventus side against the  Chievo, Juventus side comfortably won the match by 3-o goals,

This season so far the Argentine star has scored five goals for them in his three games in Serie A.

Allegri said: "Dybala is improving a great deal and has everything it takes to become, along with Neymar after Cristiano Ronaldo and Leo Messi, one of the best players in the world,"

"His future is with Juventus and I am very happy with that." 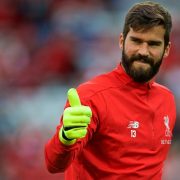