Antonella Roccuzzo is the cousin of Lionel Messi’s childhood friend Lucas Scaglia, who also plays football professionally and Messi and Lucas were friends since they were five and it was Lucas who introduces Antonella with Lionel Messi.

Lionel Messi and Antonella dated each other for quite a long time and they got married and now they are proud parents of Thaigo, Ciro, and Mateo Messi.

Antonella Rocuzzo got the limelight after getting engaged with Lionel Messi and she has also gained popularity from her modeling industry and on Instagram, Antonella Roccuzzo has got more than 12 million followers.

Messi was born in Rosario, a city in Argentina, and he was the third child among the four children his parents have. Lionel Messi father name Jorge Messi worked as a manager of a steel factory. and Lionel Messi mother named Celia Maria Cuccittini worked in a magnet manufacturing workshop, Family of Messi still resides in Argentina.

Lionel Messi family comprise with his mother and his wife and three sons, Messi and his family used to struggle a lot in their early days as Messi was suffering from GHD(Groth Hormone Deficiency) in his early days and he left his family very early days for Spain for treatment purpose.

Messi is of Italian and Spanish descent from his father’s side. He is the great-grandson of the immigrants who came to Argentina from the northcentral Adriatic Marche region of Italy and Catalonia. Messi primarily has Italian ancestry inherited from his mother’s side.

Lionel Messi family members are a football-loving family and Messi started playing football from a very tender age with his brothers, Rodrigo and Matias, and his cousins, Maximiliano and Emanuel Biancucchi. Both his cousins also became professional football players. Messi also has a younger sister named Maria Sol.

Leo Messi joined Rosario’s local club, Abanderado Grandoli, at the age of four years and he started training under his own father. Jorge later started working as his son’s agent when Messi turned fourteen years old.

Although Messi has been surrounded by football interests right after his birth, however his greatest inspiration and earliest influence for joining this sport came from his maternal grandmother Celia.

She used to accompany Messi to his training and also attended all the matches in which Messi played. Celia passed away shortly before Messi’s eleventh birthday, and her death affected Messi to a great extent.

From that day onwards, being a devout Catholic, Messi celebrated his goals by looking up and pointing towards the sky in tribute to his late grandmother.

Although Messi now lives in Barcelona, he has not severed ties with his hometown. He has left for Spain at just 13 years ago, but he has still preserved his Rosario accent.

He has close ties with his family members too, especially with his mother Celia, so much so that he has tattooed the face of his mother on his left shoulder.

He has a close relationship with his brothers too. Rodrigo, his oldest brother, handles Messi’s daily schedule and publicity. While the younger brother, Matias, along with their mother handles the Leo Messi Foundation, a charitable organization in the name of Messi which takes care of the healthcare of many deprived children.

Messi’s relation with his family is so close that once he made a three-hour car trip from Buenos Aires, where he was practicing with the national team, just to have dinner with his family. He also spent the entire night with them and returned the next day to Buenos Aires in time for the practice session.

Although there was a feud between Newell’s and Barcelona regarding Messi’s transfer, but that was resolved by 2012 and the club has embraced their ties with Messi. The club has also issued a membership card for Messi’s newborn son.

Leo Messi and Antonella Roccuzzo had been in a relationship with a fellow native of Rosario, and she was a childhood friend of the magician and since 2008 when he was 20 years old.

Messi had known Antonella since the age of five as she was the cousin of Messi’s childhood best friend Lucas Scaglia, who also happens to be a professional football player.

Messi and Roccuzzo kept their relationship private for almost a year and later went public in 2009 during a carnival in Sitges after the Barcelona-Espanyol derby.

After Lionel Messi Wife (Antonella) finished her schooling from a local school at Rosario, she went on to study odontology as she wanted to become a dentist. But later she changed her mind and started focusing her career in modeling.

Lionel Messi wife(Antonella) had previously worked as a model for various products and presently she is going to open a footwear production along with Sofia Balbi, who is the wife of Messi’s Barcelona teammate Luis Suarez.

After dating for almost nine years, the perfect couple Lionel Messi and his wife finally decided to tie the knot on June 30, 2017, in their hometown Rosario.

Messi and Antonella marriage took place in a nearby chapel and the reception party was hosted in The City Centre casino-hotel complex, and Lionel Messi marriage was one of the lurking big fat marriage in the world of sports, Lionel Messi wife age just one year younger than the Barcelona superstar.

Around 250 guests attended the wedding which included the likes of Sergio Busquets, Jordi Alba, Carlos Puyol, Cesc Fabregas, Xavi, and Samuel Eto’o along with their wives, and many more.

The guests were handed a gift box which contained a bottle of L10 wine, Messi’s own brand, along with a small jar of dulce de leche caramel sauce. The box also had a card which read, ‘Welcome. Thank you for sharing with us this special moment. Leo and Anto.’

The guests were treated with a delicious food menu which included steak, salad, sushi and pasta. All the guests were told not to bring any gifts for the couple. Rather they were requested to contribute a small donation in favor of the Leo Messi Foundation.

Messi’s Barcelona teammate Gerrard Pique’s wife Shakira, a renowned pop star, performed at the beginning of the ceremony. The Argentinian singer Abel Pintos, who was arranged by Messi to surprise his wife, ended the reception ceremony by singing Antonella’s favorite song ‘Sin Principio ni final’ (Without Beginning or End).

Most of the people don’t know about the fact that Lionel Messi Wife trained to be a dentist at her university, but then Antonella Roccuzzo Switched to social communication, but in the year of 2016 November, Lionel Messi spouse signed a modeling contract with Ricky Sarkany one popular Argentine brand.

Messi with his wife first celebrated his wife’s first pregnancy by pacing the ball under his shirt in a 4-0 win for Argentina against Ecuador on June 2, 2012, and missed training on November 2, 2012, when Messi son Thiago was born.

Messi announced his son’s birth by writing on Facebook, “Today I am the happiest man in the world, my son was born and thanks to God for this gift!” Messi has tattooed Thiago’s name and hand prints on his left calf.

Messi confirmed the arrival of his second son through Facebook in April 2015 and skipped training ahead of Atlético Madrid match to attend the birth of Mateo on September 11, 2015.

On October 15, 2017, Messi made an Instagram post with the words “Family of 5” announcing the arrival of their third son. He skipped the match against Málaga on 10 March 2018 after Messi’s son Ciro was born, and the Newest member in Messi family Ciro Messi aged just 1 year old now.

Lionel Messi wife and kids are the most important part to his family as he always posts pictures with his family whenever he gets times, Lionel Messi and wife are one of the most popular celebrity couples in this world right now. 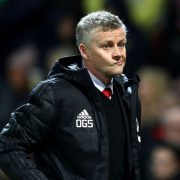 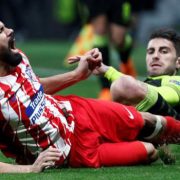