Lionel Messi news claims that this season the Dortmund superstar Dembele is excited to meet the Barca players after having been inspired by Barca players as youngsters.

According to the Lionel Messi news, the Dembele opined that Lionel Messi is the greatest ever player in the football history and also claimed that he is out of this world.

This season the French youngster has completed his move from Dortmund to Barca for €105 million, he has been brought to the Camp Nou as a replacement of Neymar who left Barcelona for PSG.

This season the 20-year-old French superstar took the matter into his own hand and he did not train with his former club to force a move to the Barcelona club.

Lionel Messi news alludes that After joining the Barcelona squad Dembele said that he gets inspired by watching Messi and Iniesta.

"One against Chelsea, when Iniesta scored the goal to qualify for the Champions League final. When I see Andres now I remember it. I can't wait to tell him.

"And the other was a Champions League game against Arsenal. Barcelona had not done great in the first leg but in the second leg they produced a brilliant performance, with four goals from Messi.

"That's when I realised Messi's not from this world. It was incredible.

"I had a poster of Iniesta. He seemed like a different player to me: elegant, special… a genius. I watched all the Barcelona games to see how they played and the geniuses, Iniesta and Messi. After, I tried to imitate them but it was difficult.

"They do things that no one does. Messi always plays at a sublime level. He's the best player in history!" 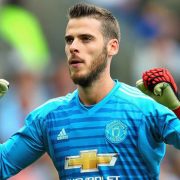