The Spanish superstar released a statement that he will not return to Chelsea and he “must return to Atletico Madrid.”

Right now the Chelsea striker Costa in his native Brazil and now he wants to be there also he threatened that he will not return to Chelsea and then he will leave them on a free transfer.

But the Chelsea side wants him back and they want to put Costa in a debate for selection.

Costa uttered: "My destination has already been decided. I must return to Atletico Madrid.

"It turns out that there is the impasse that Chelsea do not want to release me. But I believe that this situation will be resolved now on my return to Spain."

In the beginning, the Blues manager Conte texted Costa and told him that he is not a part of Conte’s future plan and since after that Costa is in Brazil.

Diego Costa’s lawyer Ricardo Cardoso voiced that he Costa urged Chelsea for a   formal transfer request and also he is considering taking some legal action against Chelsea. 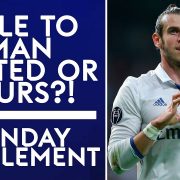