The Corona situation in the country is quite stern, in the last few days a significant rise has been witnessed in the COVID 19 cases, so far, Covid-19 cases have touched the six lakhs figure in Indian and it is increasing day by day,  the unprecedented situation has put the game of cricket also in a halt.

BCCI is hopeful that in the  Katter stage of this year the mega cash-rich tournament can be hosted but if the COVID 19 cases don’t sink down in India, then the board has no other option to host the major tournament in any other country.

“We are yet to decide on the venue but in all probability, it is going outside this year. The condition in India doesn’t look suited to have so many teams come in at one or two venues and then create an atmosphere which will be safe for the players as well as the general public even though the games may be played behind closed doors.

“The race is between UAE and Sri Lanka and we will need to decide on where we host the league depending on the situation there with regards to the coronavirus pandemic. Logistics also need to be looked into, so we will decide soon,” 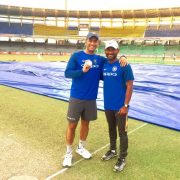 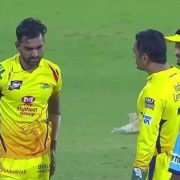