More than $1 billion – that’s the answer to the question "how much has Tamim bin Hamad Al Thani spent on player transfers as...
Read more
Home Cricket 4 players expected to turn the game around for their team in...

The second phase of the Indian Premier League 2021 commences on September 19, 2021, in the UAE. Earlier, the 14th season of IPL was played behind closed doors across limited venues in India. But, the season had to be midway as the BCCI suspended the tournament due to COVID-19 cases rising in the bio-bubble.

In the UAE leg of the tournaments, the governing body has decided to let the audience enter the venue. However, the tickets are limited. Those who cannot witness the tournament from the stadium can tune in on their TV or live stream the matches.

With half the tournament played in India, teams like DC (Delhi Capitals) and CSK (Chennai Super Kings) have shown immense consistency. They hold the top two spots in the tournament while RCB (Royal Challengers Bangalore) and MI (Mumbai Indians) closely follow suit. The rest of the teams – Rajasthan Royals, Punjab Kings, Sunrisers Hyderabad, and Kolkata Knight Riders are yet to wow the audience. Their performance hasn’t been up to the mark, and they genuinely need a change of fortune to turn their campaigns around.

Since there has been a certain gap between the two phases of the tournament, teams will have to start fresh. That’s why things can change quickly, and the tables may turn for the teams currently at the bottom of the score table. If you wish to join the tournament virtually, you can download the IPL fantasy league app and create your fantasy team to enter the IPL tournament from the comfort of your couch.

However, you need to follow the players’ performance to ensure your fantasy scores are higher than the other online competitors. So, please take a look at a list of some of the players who are expected to play a role in causing a massive turnaround in the forms for teams in a bothersome position in terms of qualifying for the playoffs.

Shakib Al Hasan played the first couple of games, but the Bangladesh all-rounder was dropped to the bench to accommodate Sunil Narine. Since Narine proved to be ineffective and Kolkata Knight Riders are in dire straight to turn the game around, the team management might bring Shakib back to the fold.

Shakib Al Hasan has been in the top form of late, playing an important role in Bangladesh’s T20I series win against Australia and Zimbabwe. He has also delivered the goods against New Zealand and helped Bangladesh take a 2-0 lead against a second-string Kiwi outfit.

By showing his credentials, Shakib has managed to race to 106 t20I wickets at 20.22, and he needs another two to confirm his place as the highest wicket-taker in International T20Is. In his last 10 T20I matches, he has taken fourteen wickets.

Rajasthan Royals has been hit hard because Ben Stokes and Jos Buttler are not part of the UAE leg of the tournament. As Stokes and Buttler’s replacements, the Royals have roped in Oshane Thomas and Evin Lewis.

The Royals have a thin batting line-up, which calls for experience, and Evin Lewis might be the perfect player to help Rajasthan Royals salvage their campaign. Lewis is a top-order batsman who has played some vital knocks in the CPL 2021 and featured against Australia, Pakistan, and South Africa at home in the limited-overs series. Lewis has been in decent touch with his bat, and it could help the Royals set a platform for the middle-order.

Throughout IPL 2021, Punjab Kings have been extremely inconsistent. If they hope to make it to the playoffs, they need to set up a few key players. With Riley Meredith and Jhye Richardson unavailable, Punjab Kings roped in Adil Rashid, a senior England spinner. Rashid is one of the two replacement players, and he has plenty of experience in limited-over cricket. He is a leading performer for the Three Lions.

Adil Rashid has 65 T20I scalps and 159 ODI wickets. In T20Is, he is the second-highest wicket-taker for England. The experienced campaigner took twelve wickets in eight matches in The Hundred after spinning a web against Pakistan. He has the unpredictable and dangerous googly up his sleeve and can give players a run for their money in the slow nature of pitches in the UAE.

For Punjab Kings, Rashid is an excellent option, and if he plays in each of their remaining games, the team might have a chance to turn around in the tournament.

Jonny Bairstow had an ordinary T20I series against Pakistan, but the senior batter from England smashed two half-centuries in two games he played in The Hundred. He also chipped in with useful contributions against India.

Bairstow made his IPL debut in 2019 and scored 445 runs in ten matches. He scored 345 runs in 11 matches in IPL 2020. This season, he scored 248 runs in seven games at 41.33. Currently. Sunrisers Hyderabad is struggling with the bat, making Jonny Bairstow’s role more important than ever. It’ll be difficult to stop his flow if he gets going, and he can turn out to be SRH’s secret weapon.

So, make sure to watch out for the four players mentioned above. These players might change the game for their respective teams, and you can consider selecting them for your fantasy cricket team.

As the UAE leg of IPL 2021 has already commenced, ensure to follow all the updates and matches to know the players’ performance. Staying updated will help you score fantasy points and give you a competitive advantage in the fantasy IPL league. 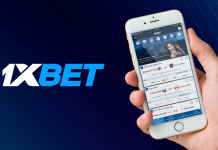