Goals win you football games, which is why elite strikers are a much sought-after commodity. Having a natural goalscorer in your team makes anything...
Read more
news

John Cena is an American professional wrestler and WWE champion who is regarded as one of the all-time greats. An incredible entertainer he’s very...
Read more
Featured

In the past, sports fans were voluntarily glued to their television sets for hours, watching their favorite sports as passive spectators. However, in the last...
Read more
Featured

Vikram Rathour, the batting coach, said that if India makes an innings score of at least 250, it will put New Zealand under pressure,...
Read more
Home Football WILL MARTIN ODEGAARD REMAIN AT ARSENAL AFTER THE SUMMER WINDOW?

Arsenal began the season in an emphatic manner while the Gunners displace the newly promoted Fulham with three goals to nothing in the opening match and the next three matches for the fourteen times FA Champion was all but good until things took a bad turn while Mikel Arteta team found it so difficult to win a match for more than a month until they displaced Chelsea in December.

Right after the Chelea’s game the Arsenal game has a turn and they have been consistence banking on the creativity of Bukayo Saka and tenacity coupled with continuity of Emile Smith-Rowe. But in the January window, Arsenal had ensured to fortify the creative part of the team as they scoop the service of the newly elected Norwegian captain to their rank from Real Madrid, at the least till the end of the year.

Although, Arsenal is out of the Carabao Cup and FA Cup but are still vying to qualify for the UEFA Champions League next season with UEFA Europa League in sight to boost their chance of Champions League qualification.

Even though the Gunners are not the favorite, but well favored to win the current campaign of UEFA[US1]  Europa League with 11/4 odds and only behind Manchester United who is now touted to win the competition at 6/4 odds.

But can Arsenal Champions League qualification help the Gunners to secure the service of Real Madrid’s Odegaard permanently or at the least for more years.

However, according to Marca, Real Madrid still believe that the Norwegian captain have an impact at the club in the nearer future and are determined to give the young midfielder another chance to prove his worth coming next season at the Santiago Bernabeu.

But since pledging his allegiance to the Spanish capital club in 2015, Odegaard has found it difficult to break the midfield circus of Toni Kroos, Luca Modric and Casemiro with which Odegaard opted for a load at Real Sociedad before moving to Arsenal on loan this January despite impressing the French tactician in Madrid since the beginning of the season.

However, at Arsenal, Martin Odegaard has been nothing but a sensational addition to the rank of the Fly Emirate stadium’s club since his move to the club in January. While January is a difficult time to find value in the transfer market.

Arsenal, however, found it in the Norwegian midfielder who made the switch to North London on loan from Real Madrid in the mid-season window. Odegaard might only be at the club until the end of the season, but he is already a key figure for Mikel Arteta. The extent of the Norwegian importance to Arsenal might be a question for many, but the West Ham United against Arsenal could simply reference his tenacity to victory or the first leg of the Europa League against Olympiacos could further attribute his game play, defensive shift, continuity and creativity is superb. Odegaard is the symbol of Arteta’s absolute midfielder.

Although, many have been questioning the Spanish tactician on how the loanee would fit into the same team as Emile Smith Rowe, another attack-minded midfielder; Bukayo Saka, a creative minded midfielder, coupled with the Thomas Partey in which Arsenal accrued on the brink of last transfer window closure and other midfielder with Granit Xhaka in mind.

But with Emile Smith-Rowe, Bukayo Saka and Martin Odegaard, these pairs have become Arsenal’s creative hub. Odegaard is the sort of ball-playing central driver the Gunners needed through the middle of the pitch. While Saka and Smith-Rowe are doing their thing from the wing.

But for the Arsenal’s boss, the 22-year-old creative midfielder has been a perfect signing while he referenced his awareness against West Ham Arteta said “When everyone was a little trembling, he gave us that stability and that composure on the ball and he created chance after chance,”

“He’s been showing that, I think, from week one. The way he steps on the pitch, he always wants the ball, the way he commands the pressing. He’s been really influential. I think we’ve all been a bit surprised because he looks really shy and humble, but when he steps on that pitch, he’s a real character and he loves to play football.”

While the player has had the dream of remaining in the Arsenal’s rank beyond this season, echoing to his close party, and the midfielder’s dazzling displays on the pitch and his lovable demeanor off it, has utterly wow the Gunners supporters’ which arouse their plans for the summer transfer window have now been overtaken with an unwavering desire to keep hold of Norwegian captain.

The Norway international is noticeably happy in north London, regularly speaking about how ‘at home’ he’s felt; while his teammates have sentimentally praised his attitude, while Mikel Arteta lavishes him with praise at every opportunity. It’s evident what the club wants.

While Luca Modric and Toni Kroos are still playing at the highest level and showing no sign of slowing down, breaking into the Real Madrid’s team would be a more daunting task to fulfil for the former Real Sociedad player. But the sign of praise heaped on the midfielder by the player, coach and backroom staff is a symbol that everyone in the North London Club want the service of the young prodigy in their rank.

However, with Real Madrid keen on retaining the young midfielder, while breaking into the Real Madrid midfield circus might not be visible at least not in the present, Los Blancos might opt to loan the Norway international again come next season or better still sell him off with a buyback option. But such talent doesn’t come cheap as the price might be more than £50 million.

With such price and/or loan option, Arsenal might just be guarantee to have the service of the creative midfielder for one full season in the next campaign pending the time that either Toni Kroos or Luca Modric can give a space for the Norway captain in the Los Blancos eleven

Like Dani Ceballos, Arsenal can work a way to secure the service of the 22-year-old midfielder for at least another if the permanent deal is impossible due to Arsenal’s fiancé nature.

But all-in-all, Arsenal is having the indication that the Norwegian international will find its way back to the atmosphere that enables him to shine bright come next season and the place is at the North London, at Arsenal. 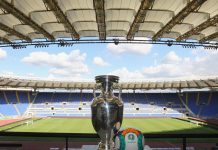 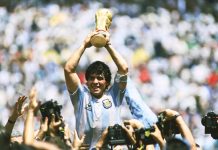