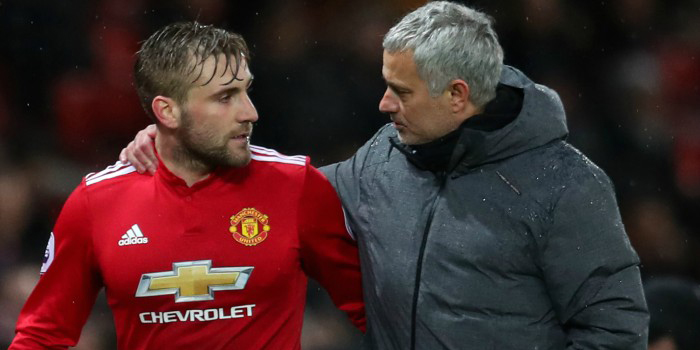 The English international Luke Shaw express that anyone would need a thick skin to play under Mourinho, and also at that same time he urged his Manchester United teammates to become the biggest club in the world.

In the recent past the former Southampton man signed a new contract with the Red Devils, and now he urged his fellow teammates to show some determination for their next Champions League match against the Young Boys.

A win against Young Boys will make Manchester United through for the next round of Champions league if Valencia fails to win against the Old Lady side.

In a news conference Luke Shaw voiced: “You need a thick skin to play under this manager and for this club,”

“We need to fight for the manager, fans and club. I signed my contract because good things are going to happen at this club.

“It is the biggest club in the world and we, as players, need to take what is said and take it on board. We need to fight for the fans, for the club.”

In their last league game, United drew their match against Crystal Palace and now they are in the seventh place in EPL, and the left back is fully focused to turn things around for them.

Shaw voiced: “It is really hard to put a finger on what is going on,”

“It is frustrating to watch, but we all know, as a team, that we are better than that.

“We do train really hard in the week and we always push each other. Some games I can’t put my finger on it, but it is easy for me to come here and talk well. We need to show it on the pitch.

“I think everyone in the changing room is a fighter. We all need to be pushing each other and we all want to win trophies. You can’t say we aren’t fighters. We all want to be the best team in the league.”