If you live in North America, you may not know that cricket is the world's second most popular sport. It boasts approximately 2.5 billion...
Read more
Cricket

Zaheer khan and Sagarika Story: Zaheer Khan is an Indian cricket legend and one of the finest pacers ever seen in international cricket. Zaheer Khan...
Read more
Home Soccer Top Teams Manchester United We Do Not Have Many Mad Dogs: Mourinho 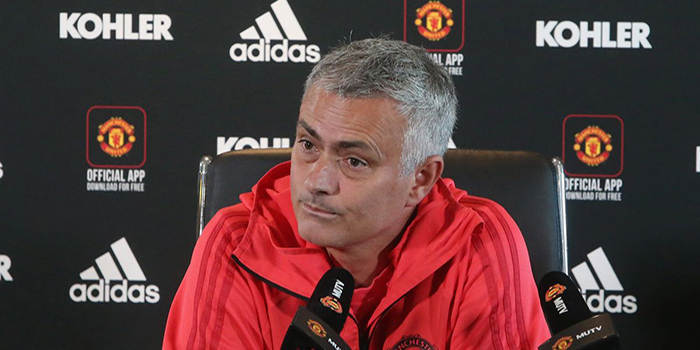 The special one blamed his midfielder for overcomplicating the play for their side against Southampton and said that they don’t have any “mad dogs” in their team.

Last night in the St Marry’s stadium the Red Devils were 2-0 down against Southampton by 20 minutes, thanks to Stuart Armstrong and Cedric Soares, but they fought back and Lukaku and Herrera labeled the match for them.

Last night the special one used a makeshift combination of 3-5-2 line up, in this, he puts Nemanja Matic and Scott McTominay in the defense and Paul in the heart of the formation along with Herrera and Fellaini alongside.

Barring few minutes in the game, Manchester United were same lethargic on the field, their center midfielder Paul Pogba struggled throughout the match , last night in full 90 minutes he lost the ball 25 times.

The Portuguese also feels that because of their lack of bite Armstrong score the opener against them and he says his middleman did not understand that simplicity is genius when trying to link the defense to attack.

“We did so well in the last 15, 20 minutes of the first half, we chose to connect to the attacking players by transporting the ball, the right choice of pass, accelerating the game, but in the second half we went back to that dynamic.

“The players don’t understand that simplicity is genius. They keep, keep going to complicated football. But [there was] good spirit, good fight, a great example of players fighting until the limit. I would say, as positive examples, Marcus Rashford, Phil Jones, many others showing that respect for the shirt.

“The second goal was a direct free-kick and the first was because we didn’t press enough the ball, which is something we do wrong. It doesn’t matter the system we play, it has to do with the characteristics of the players.

“We don’t have many – I hope people understand what I mean – we don’t have many mad dogs, who bite the ball all the time. Scott and Matic did a very positive job for two midfield players and Phil Jones leads that group of three in a way we are totally in control.

“What we needed to improve in this game is simplicity in midfield. By losing so many balls in midfield, we broke that dynamic that normally leads to goals.”