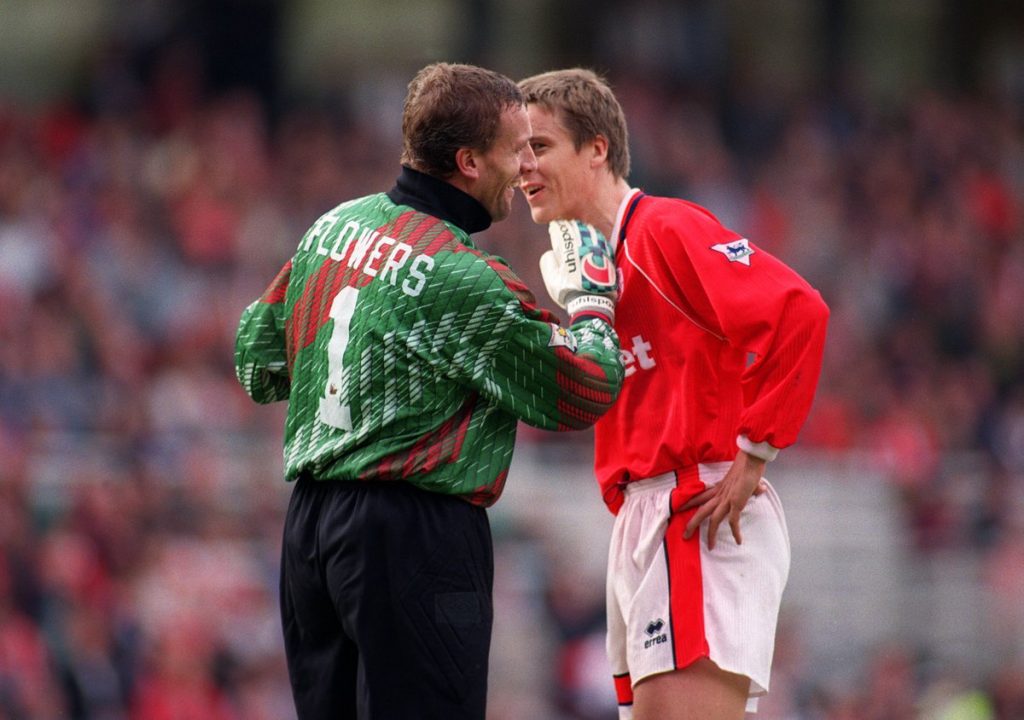 Usually the Opposition strikers became the villain for any goalkeeper, but that not always right, in 1996 in a premier league match between Blackburn Rovers and Liverpool, Blackburn keeper Flower, was raking his foot in the pitch to create a dent which will create problem for Liverpool players but during that match Claymore’s shot bounce in front of him in the dent and past him to the net.