The 58 year old Italian manager Luciano Spalletti thinks that he has done a favour to the Roma team by signing a new deal with them as if his team fails to deliver the performance it will be cheaper for the club to sack him.

Last night the Italian giants Roma won their match against the Palermo side by 3-0 goals and with that win, they climbed up to the second spot on the table but, the manager would lose his job if he is unable to bring any trophy to the Stadio Olimpico.

Before last night’s match his side faced several defeats in the Serie A and also in the Europa league,

The Juventus team will try to hire him if their current manager Massimiliano Allegri leaves them.

The Roma supremo said: "If I lose another two games, I won't even end the season [at Roma] because they will kick me out,"

"We lost four out of five games before Palermo and people keep talking about the contract?

"Things change quickly in football and, quite rightly, Roma are a strong club who need results, so they would be right to fire me.

"I think I did the club a favour by not signing a new contract and they are happy about it too!

"Last year, they fired a coach [Rudi Garcia] and had to keep paying three years of his contract. I'm doing them a favour."

Roma is sitting on the second spot on the table and also they are in the semi finals of the Coppa Italia where in the first leg they faced a 2-0 defeat by the Lazio side.

And they are also in the last 16 of the Europa league where they faced a 4-2 defeat by the French side Lyon. 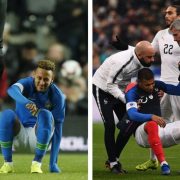