As we all know right now the beautiful game of football is more than just a game in the prospect of each and every fan all around the world, it is the most highly supported clut at this stage in this modern era, and supported by many billionaires, as this stage the game has got the hype of this much where money defines the hype well around in every corner of the sports, In this recent era we can witness that where many big clubs are buying and selling their center-backs for £80 million, which means something, and clubs are putting realizing clauses on their top player around  £600 million tag.

Nowadays the football fans worship their clubs and their respective players, the fandoms of football has grown to the next level, with this increasing popularity of the sports the value of each team has also got increased, some teams are lacking with some points but in the other scenario some big guns skyrocketed to the top in the charts.

With times goes on each and every transfer market is surprising the fans with some bigger sums for their desired players, once in this world of football £50m payout for a player considered to be a hefty payout given by the club and now their contracts and payouts grow more lucrative and cumulative way than ever.

While charting the Richest football clubs around the globe we have used some analytical model utilizing to come to some conclusion, we have accumulated the data’s like the value of playing assets, Cash amount in the bank, the net worth of the home ground, Net debt and owner potential investment.

Here we present the top 10 Richest football clubs in the world: 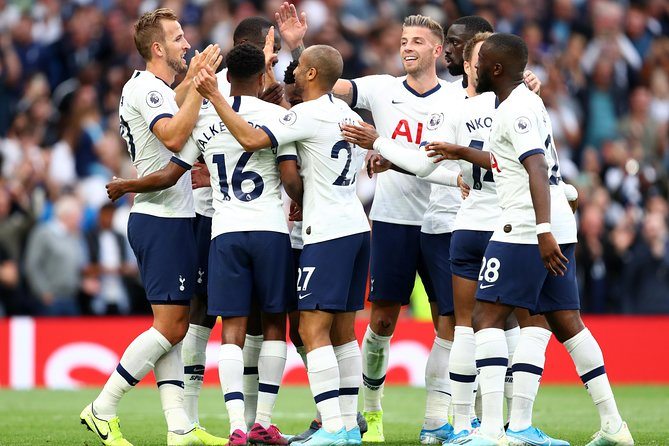 In 2019 the North London club has been on the 10th list in the chart with the revenue of €428.3 Million, This season they have increased their revenue by €63 million from previous year, this season they got the €116.5 Million from commercial partnership and merchandising,  The most chunk came from their sponsor AIA and from the jersey sponsor Nike, with the broadcasting rights they have managed to get the revenue of €226.6, and last season they had a match day ticket collection of €85.2 Million.

With their recent performance, the club can increase their value much higher than ever with their steady form in the EPL and in the Champions League. 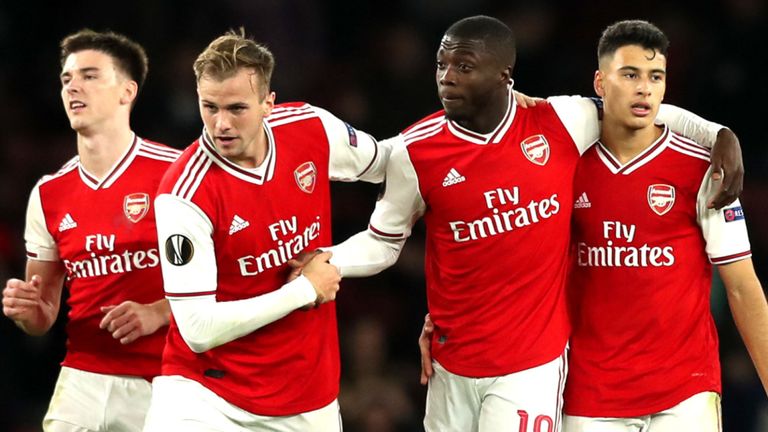 €439.2 Million amount Arsenal has generated in this season, and with this amount they are sitting at the ninth position in the Richest football clubs list, the English giants are not in their pick form and they have faced a dip of amount €48 from the last season.

Last season they have earned €206.9 million though broadcasting and €111.6 Million through ticket sales, but they made the most of it with their commercial deals, out of where they made a revenue of €120.7 Million this season.

Two brands like Emirates and Puma helps them also to gather this amount of revenue this year, though everyone is predicting their total revenue will dip down a bit as they haven’t managed to qualify for the Champions League football for this season. 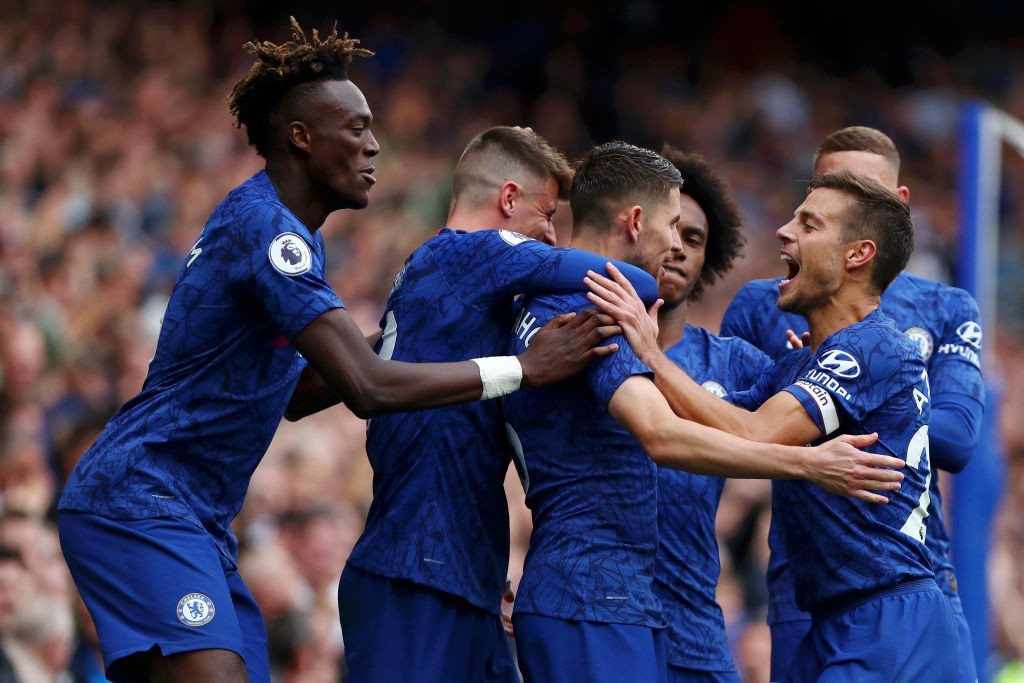 The Blues are on the eighth spot in the chart of Richest football clubs with the revenue of €505.7 Million, This season also they have faced a noticeable increment in their revenue, from their new deal with Carabao they have a hug generated a revenue, and along with that their jersey sponsors Yokohama and sponsor Adidas they have generated a total revenue of €191.8 Million.

This season they are doing quite impressive under Frank Lampard and everyone is expecting their revenue to grow in huge numbers with this kind of performance. 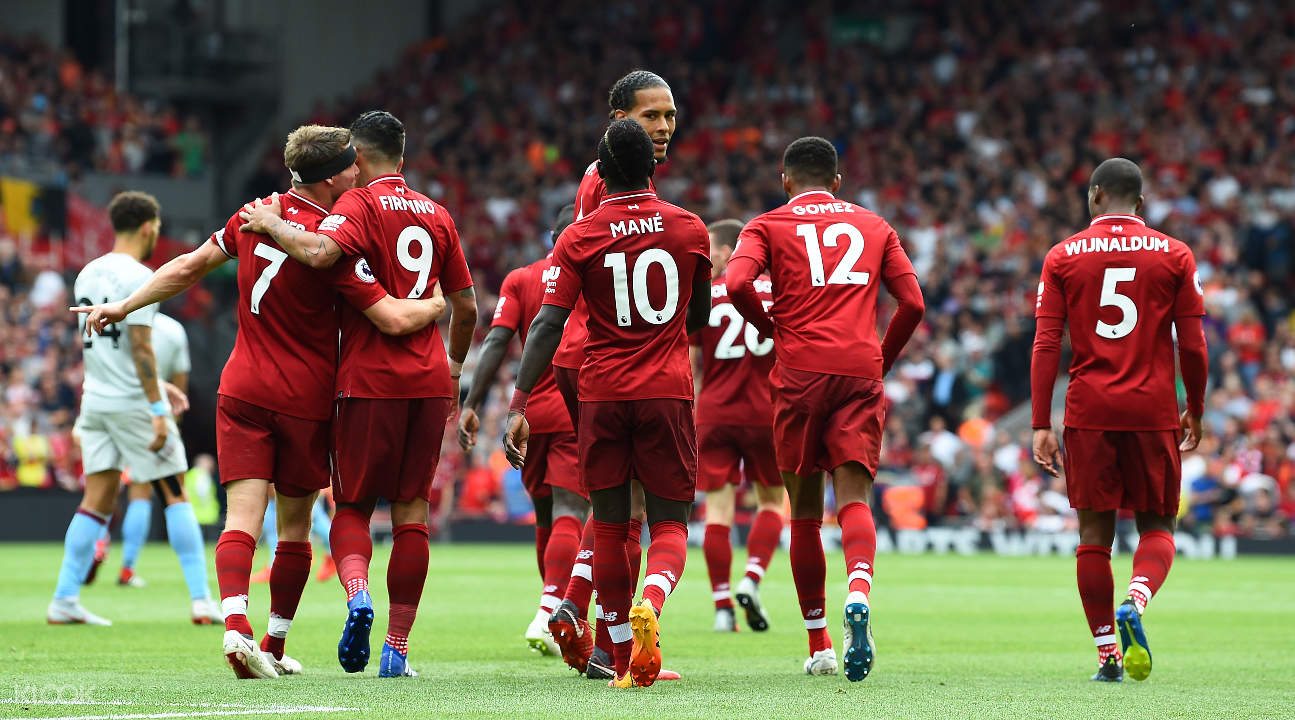 Reigning Champions League winners are on the seventh spot in the Richest football club charts, under Klopp there has been some significant improvement has been visible, Last season they claim the UCL trophy by defeating their domestic challenger Tottenham in the final.

With that massive las season they have generated a revenue of €513.7 Million this season, Unlike many clubs, they have seen a mammoth transformation of their revenue by €90 Million in this season, they are earning €251.3 Million through their broadcasting rights.

They are also making €170.8 Million from their commercial deals, with their title sponsors Standard Chartered, last season the Reds added  €91.6 Million through match day ticket sales, with this red hot form many pundits are claiming they can climb on the top of their revenue. 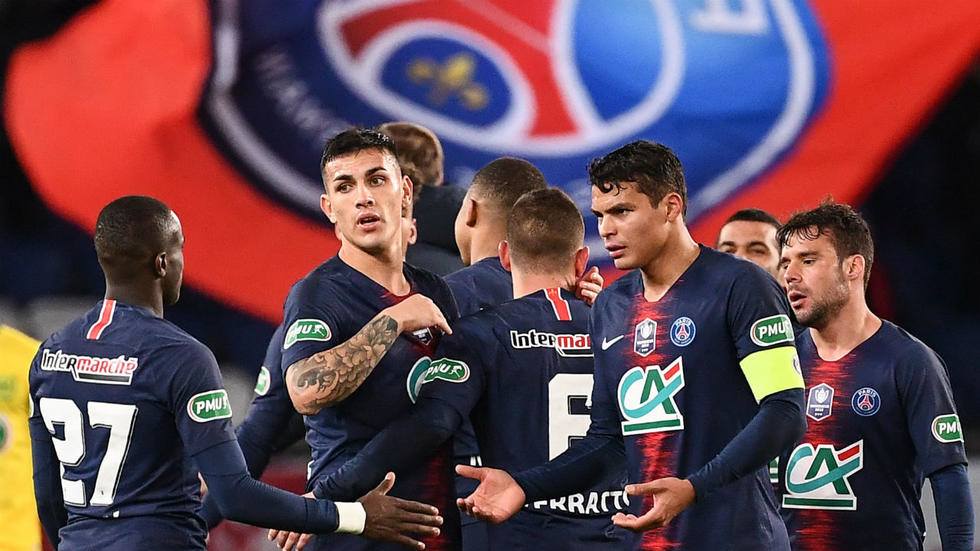 The Ligue one winners are on the sixth spot in the Richest football league, the French giants have seen a great bulge from the previous season to this season from €486.2 Million to €541.7 Million, this season they already banked €313.3 Million from their sponsor Emirates and kit Sponsor Nike.

They are charging broadcasting rights of €127.8 Million for this season, last season they earned €100.6 Million from matchday ticket sales,  According to some football pundits this club has the potential to reach to the level of Barcelona and Real Madrid with the kind of players they have in their ranks. 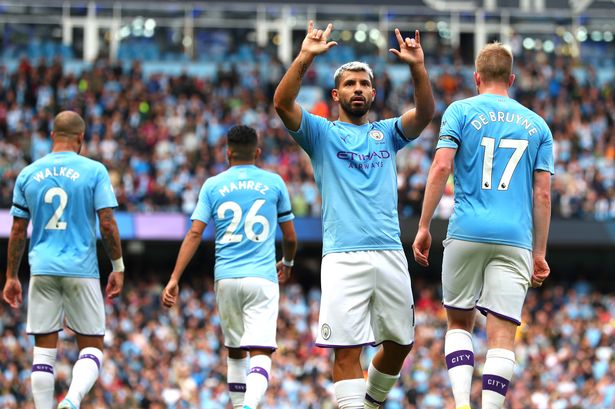 Two EPL giants have made it to the charts of Richest football clubs list and Manchester City is one of them, they are invincible under the Spanish manager Pep Guardiola and they are also the reigning EPL champion, This season €568.4 Million they have generated as a revenue.

Through their Commercial tie-ups and sponsorship deals they have accumulated €265.7 million.

They are earning €238.8 million for their broadcasting charges, and the Spanish matador will definitely help the club to generate more revenue in this season. 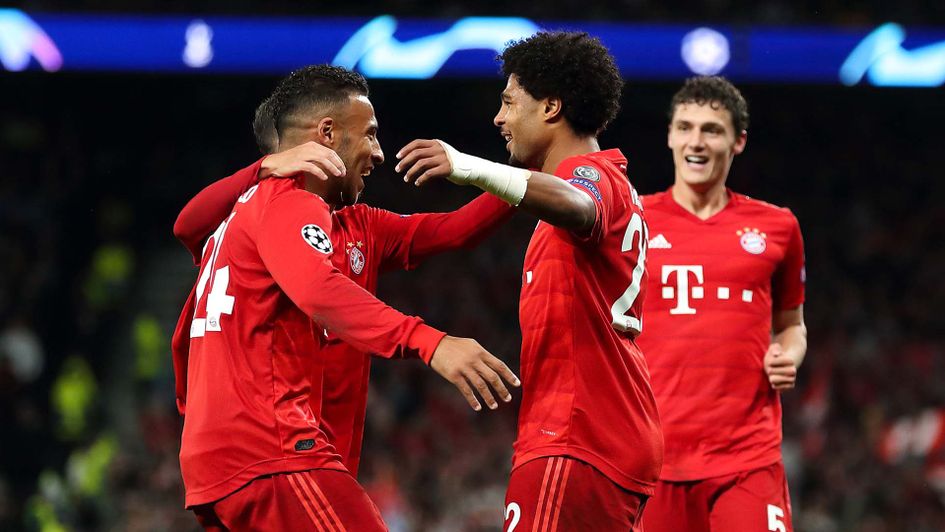 German giants Bayern Munich ranked themselves fourth in the richest football clubs list, this season they have earned around €629.2 Million revenue which is  €42 extra than the previous season, they have won the German league for the seventh consecutive times and which makes their matchday ticket sales on a bigger volume.

They have got €348.7 Million from their kit sponsorship partner and from their kit supplier Adidas, and by selling match day tickets they have earned €103.8 Million, According to many football pundits the revenue gets a bit lower as they failed to impress their fans with their champions league performance. 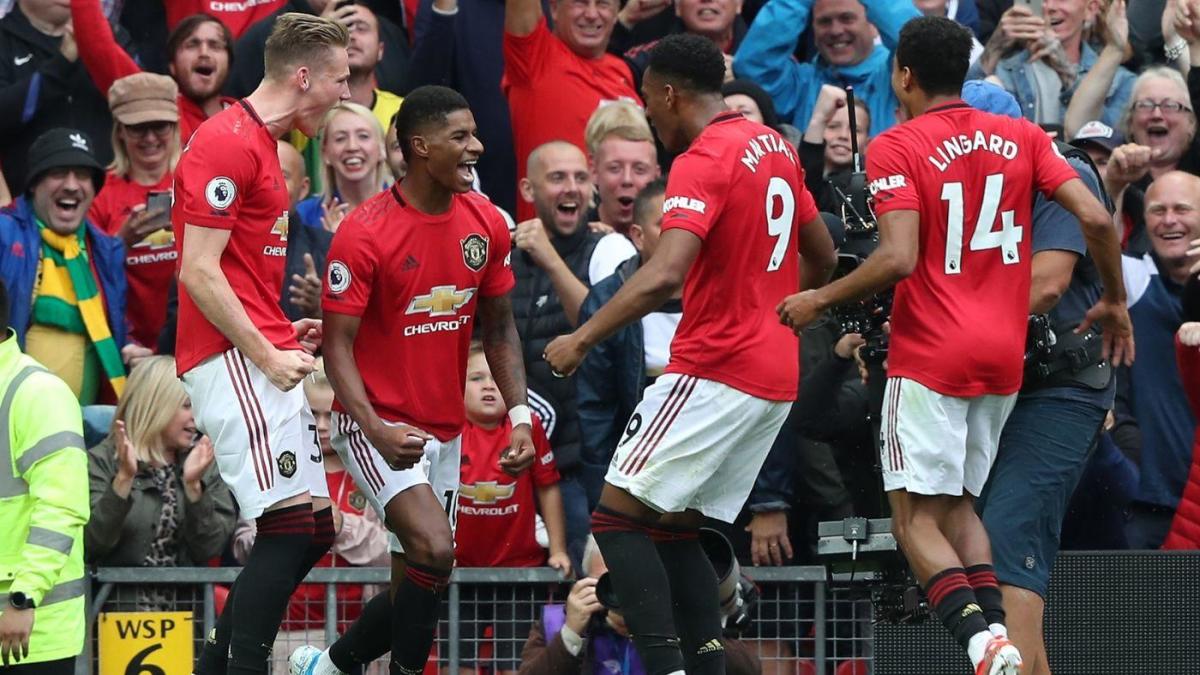 Along with Manchester City their fierce rival Manchester United placed themselves in the third place of richest football clubs charts, This season they have managed to earn a revenue of €666 Million, though they are on a €10 dip in the revenue since last year, This season through merchandising they have managed to gather €316.1 Million, they earned a hefty revenue from their sponsors Chevrolet and kit sponsors Adidas.

For broadcasting rights, they are charging €230.4 Million and last season they have managed to get 119.5 Million from match day ticket sales. 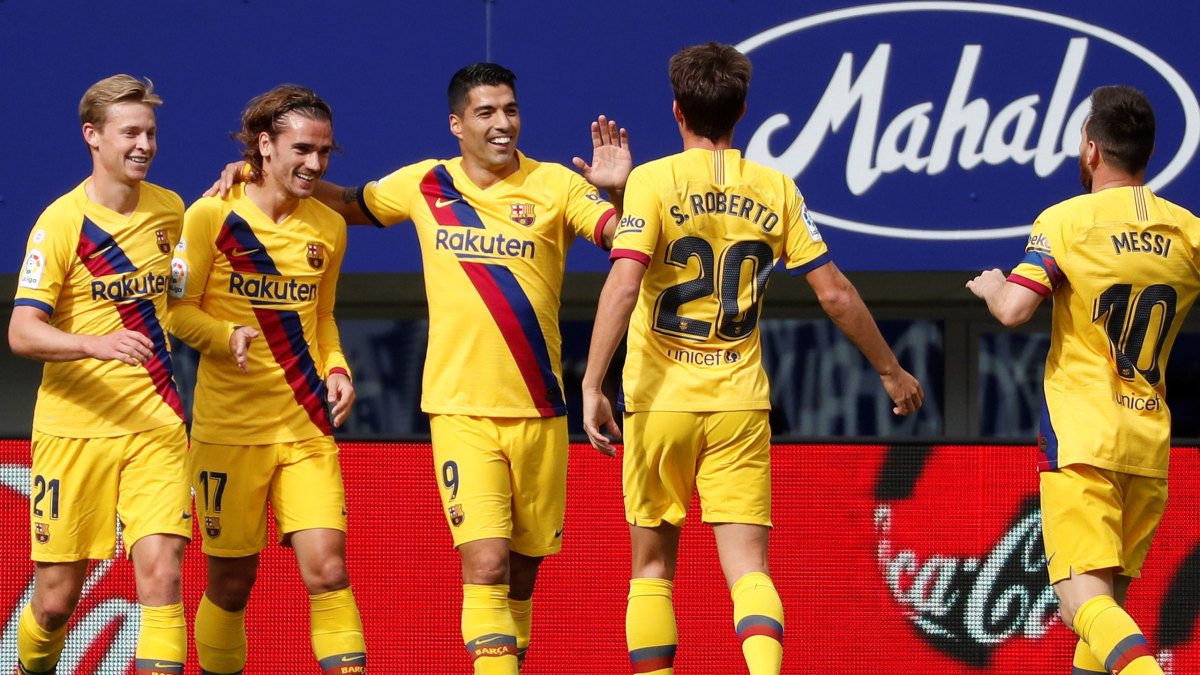 Catalan giants have made €690.4 Million profit this season, though last season they were in the top of the richest football clubs list but this season they came in the second place behind their arch-rivals Real Madrid.

Barcelona is making €322.6 Million from their sponsorship and from their commercial revenue, for broadcasting charges of their matches they have got around €223 Million last season, and with the sale of their superstar Neymar to PSG they have got the total valuation of the club is 2.98 billion. 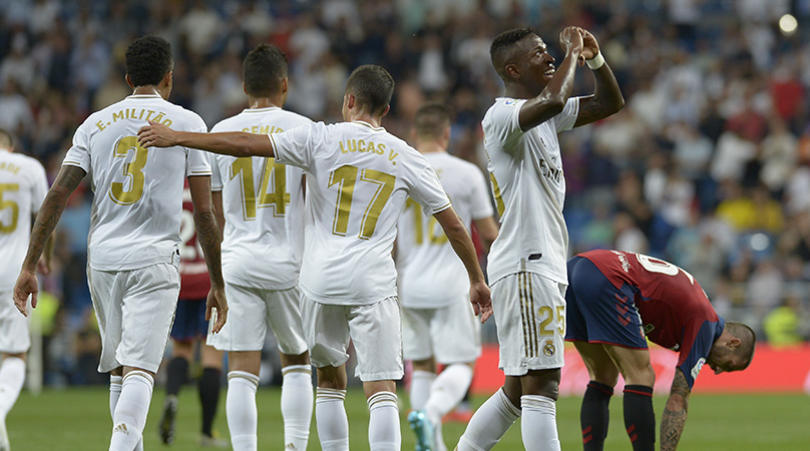 The Spanish capital side has made €750.9 Million profit in the last season, and they are leading the charts of the richest football clubs, after finishing in the 2nd spot for the sixth consecutive times this time they have bounced back in the first place.