Natasa and Hardik Shared some amazing pictures on Agastya’s Birthday 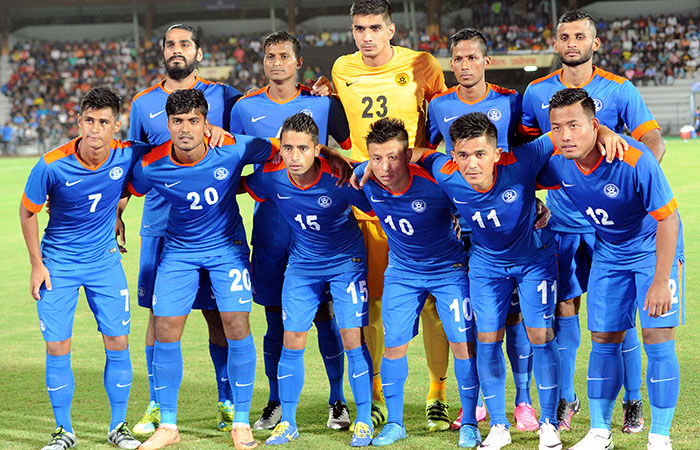 The Men in Blue prove their mettle against China.

Sandesh Jhingan the center back was the star performer for team Indian on yesterday when they held back the China team in a friendly match.

Las night team India didn’t concede a single goal against China they stood firm and played collectively and after the full 90 minutes, it ends at 0-0.

The 25-year-old is happy to see how his boys were fully committed and played the match with full of passion, he believes that the strength of the Indian team was yesterday how they defended collectively against China.

The Men In Blue skipper voiced: “We knew if we defend well, it is one of our strengths, we were going to get chances up front. I think it was an even game. They got chances, we got chances as well. I am really proud of the team, the way we defended and the way we played. That passion…that is what I want to see from the team. The commitment we showed was second to none.

“We (want to) build on this. Defence is one of our strengths, there is no hiding that. The whole team, our strikers, (namely) Jeje (Lalpekhlua), Sunil (Chhetri), we defended well and attacked together. We all worked hard for the team. The unity and bond in this team, I have never seen it in my life. That is our biggest strength,”

Jhingan also spoke about that the substitution of Xiao Zhi and Gao Lin were the threat for India and both of them gave him a tough time, but he feels the 0-0 result was a fair end to the match.

“We wanted to win. The chances we got, we should have won. But they also had chances. I think I would call it a fair result. They hit the post twice. We also got really good chances. So I think I will take a nil-nil.”