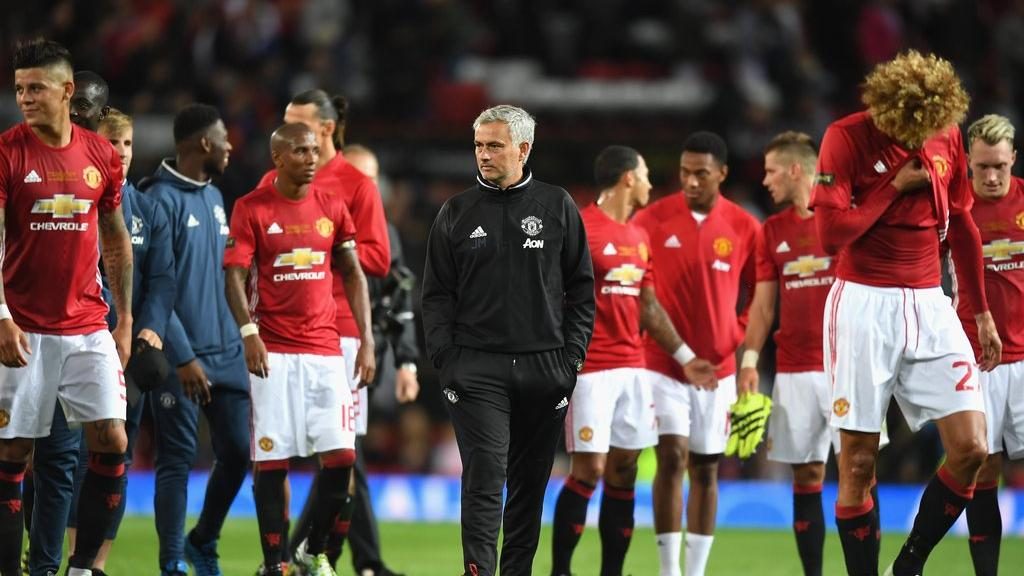 Red Devils boss Jose Mourinho has warned his squad to “stay at home” if they do not possess the ability to handle pressure while playing in front of the Old Trafford crowd.

United are on the verge of going winless in straight four European home games when they host Young Boys in the Champions League match on Tuesday. But Mourinho have stated that he would rather play at home than on away ground.

“I think it would be a lack of respect to the stadium and the fans to say we prefer playing away,” Mourinho said.

‘If you feel pressure, stay at home and watch on TV’

Jose Mourinho tells his Manchester United players that they should steer clear if they can’t handle playing at Old Traffordhttps://t.co/3Lud0PlTWO pic.twitter.com/a0zafXpcey

United are currently two points behind Group H leaders Juventus and two points ahead of third-placed Valencia. In the previous Champions League match, United came from behind and won 2-1 against Juventus in Turin.

But their performances in the Premier League has been less impressive, as they lost 3-1 in the Manchester derby. After the international break, they were held to a 0-0 draw at home by Crystal Palace.

Despite acknowledging that a victory is not essential, Mourinho has challenged his players to treat the game against Young Boys as a knockout match.

“It’s not a crucial match because if we don’t win tomorrow we still don’t depend on other results,” he said. “We will still just depend on ourselves.

“The team I’m going to play, I [want to see] happiness to cope with the little pressure I’m going to try to add to the players.

“That’s not real pressure because the reality is we still have one match to play. Let’s forget about Valencia and Juventus. Let’s play this game like a game we have to win.”

United are currently well-placed to head into the quarterfinal stages in Europe, but Mourinho has still admitted that his midfield lacks “aggression” and hence he wants his team to shred off their lethargy.

“I don’t want the team to be waiting, not to be reactive but proactive. You or the fans probably think Jose told [the players] to start slow and nice and easy, or to wait to react.

“It’s the exact opposite. It’s frustrating,” he concluded.