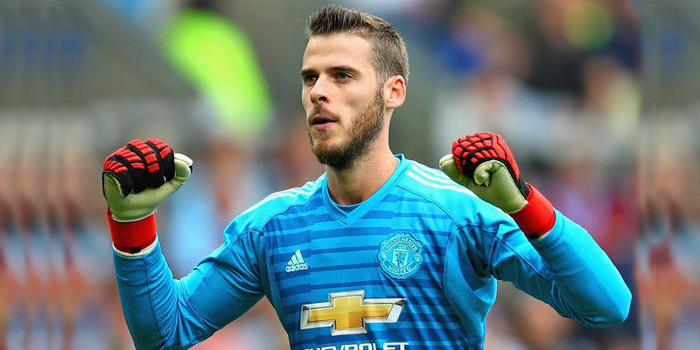 Premier League club Manchester United have exercised their rights to extend goalkeeper David De Gea’s contract for an extra one year. This means that the Spaniard would now remain at the Old Trafford until 2020.

De Gea signed a new four-year contract in September 2015, when transfer talks with Real Madrid fell through in the ultimate date of the transfer deadline.

As per the new policy of the club, United has the ability to add an extra year to the goalkeeper’s deal and hold onto him until the end of 2019-20 season.

Never stop believing at the ‘Theater of Dreams’ 🗣 pic.twitter.com/SxIutJu8I2

There have been talks of a long term contract with the four-time Sir Matt Busby Player of the Year. But final agreement was still to be reached and now the club has secured the 28-year-old player for a further 12 months.

Had the club not done that, De Gea would have been free to speak with other foreign clubs for a potential summer 2019 transfer from as early as 1 January.

BREAKING: @ManUtd have exercised their option to extend David de Gea’s contract for another year until 2020, @SkySportsNews understands. #SSN pic.twitter.com/7pyggGNgSI

It is now hoped that both the parties agree on mutual grounds and extend the contract beyond 2020. Even United’s manager Jose Mourinho is hopeful that United’s number one will sign for longer term.

“We have the best goalkeeper in the world and I know he wants to stay, I know his agent is happy to do what the player wants and I also know the board want him to stay and they are working on that so hopefully sooner or later they will reach a conclusion.”

The only matter now remains a hindrance is the consensus on salary. Based on Alexis Sanchez’s arrival in January on a contract worth £390,000 a week, De Gea’s camp might now raise the topic of a significant raise for their player.