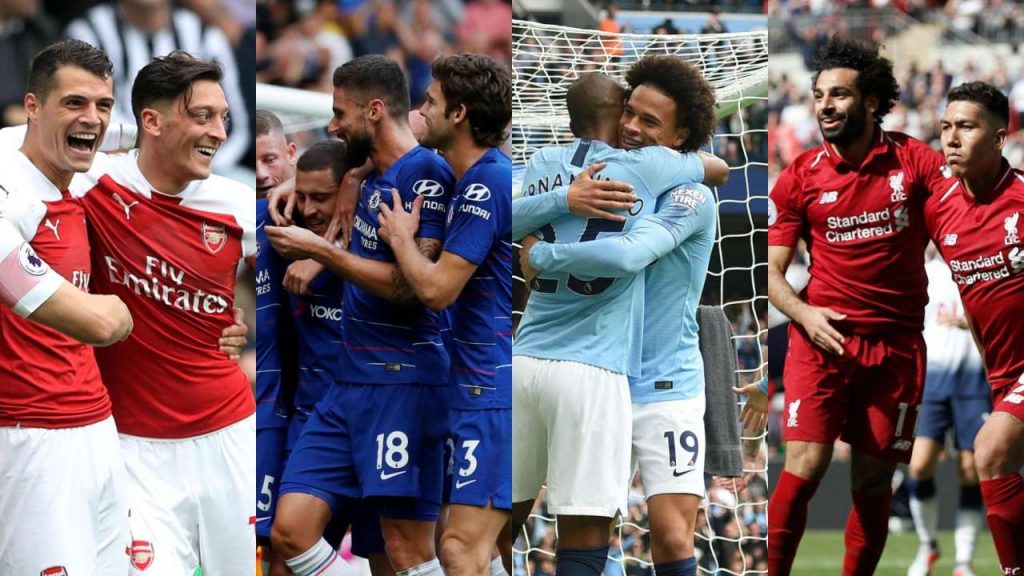 Manchester City are currently dominating others in the quest for successive Premier League title. Despite that Riyad Mahrez believes that any top four teams of the Premier League can win the title.

The defending champions and league leaders City won 2-1 against Watford on Tuesday night. As a result of their recent win, they have put more pressure on the others.

However both Liverpool and Chelsea have opportunities to reduce the gap if they win their respective matches on Wednesday.

Mahrez, who scored City’s second goal at Vicarage Road, is not going to write his team’s rivals off. While Liverpool can close the gap to two points, Chelsea has a mountain to climb.

When asked about the gulf between the Etihad outfit and Chelsea, Mahrez said:

Of course, everyone in the top four can win the league.

Although Watford made a late effort for an equaliser, Guardiola’s men held their nerves and stood their grounds. The 27-year-old Mahrez believes that this kind of resilience will stand City in good stead.

“You are not going to win every game 4-0 or 5-0. Going through these types of games makes you stronger,” added the Algerian.

“We played very well up until the second goal.

“After that we created more chances and tried to kill the game but in football when you are 2-0 up and the opposition score, the crowd get behind them and it’s difficult.

“We are very happy to win and get the three points.

“Now we need to focus every three days. We need to be ready and at our top. Anyone in the top four can still win the league.

“Nothing is done and we need to keep working very hard for each other and the team and trying to win every game.”

Chelsea will face Wolverhampton next. Arsenal, who are in fourth and 11 points behind City, face Manchester United at Old Trafford on Wednesday.

Tottenham have same points as Arsenal, but are placed fifth because of goal difference. The Spurs will host Southampton for their next match.