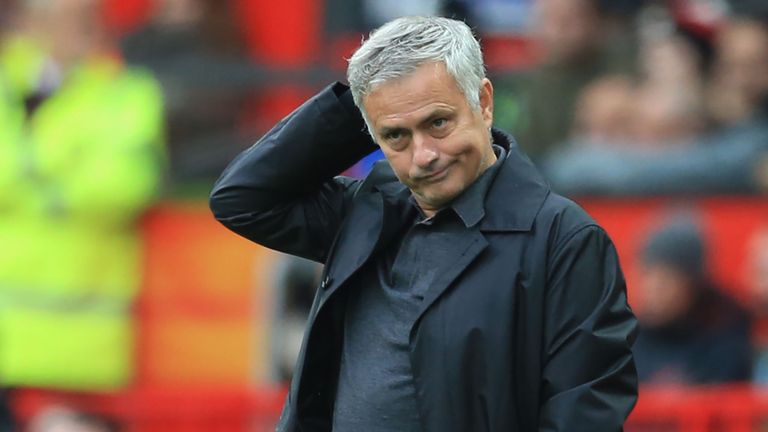 Mourinho indicates that now it’s difficult o buy someone from other clubs.

The Portuguese used Tottenham as an example, saying that earlier in the past the Red Devils are able to bring quality players from Tottenham but at this time could no longer able to do so.

In his first season at United he won two silverware with the Red Devils and in his second season guided the team to the second spot in the EPL table just behind the runway Champion Manchester City.

However in this season the special one is in immense pressure, due to their stuttering start in the league, this season out of their 13 matches they have just won six games in their domestic league and now they are sitting at the seventh position on the table.

Question asked if expectations were different in Manchester United rather than other clubs, he replied: “It depends.

“I will give you an example that I hope is a good example. I hope you can interpret it in the right way.

“Is Manchester United by history, by its dimensions, bigger than Tottenham? With all the respect – Tottenham is an amazing club – I think everybody would say yes.

“Can we go to Tottenham and buy their best players? No – because they don’t sell or because they are so powerful that they can say no.

“A few years ago, who was Tottenham’s best player? Michael Carrick. [Mourinho gestures to indicate Carrick moved to United].

“A few years later, who was the best player? Berbatov [Mourinho makes the same gesture].

“Can we go there and bring the guys here? No

On January 1 the transfer window will reopen but the special one does not see any inflow of new arrivals at United.

“It is more difficult to buy players of a high, high, high level.

“The clubs are more powerful and don’t want to sell.

“Before, the smaller clubs, they were almost begging the big clubs, ‘get my best player, I need to sell. Please, you are powerful, buy my best player’.

“At this moment, they don’t want to sell.

“It is more difficult to make the team better and stronger with buying.

“Unless you do what some clubs do, and for some reason they can do and others cannot.

“Which is, I need a right back and a left back. Send away the ones you have and buy four at the same time.

“It is difficult, so we do what we can.

“Last season was fantastic to finish second and we are fighting hard. I know we have to do better than we are doing.

“But one thing is to do better and another thing is to try and compare ourselves with what Manchester United was in the past.

“Not just because Manchester United was fantastic, but because there was a big difference to the others and, at the moment, it is not like that.”