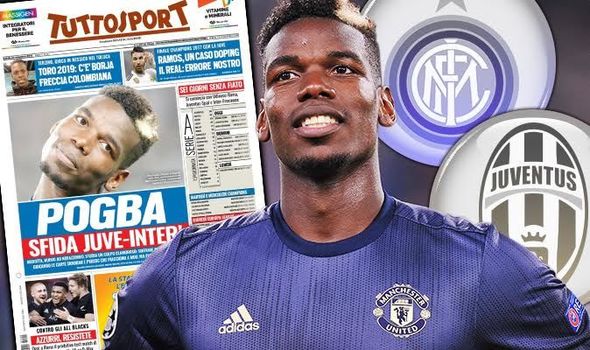 Inter and Juventus will go head to head to bucket the French star.

According to the Daily mirror Italian giants Inter Milan, and Juventus is set for the battle to land Paul Pogba from Manchester United in the upcoming transfer window.

Beppe Marotta former Juventus CEO joined Inter Milan in this season and in his regime he is ready to sign the Manchester United man for his new club, on a repeated occasion the Frenchman and the special one got engaged into arguments and reports are suggesting that the world cup winner is now ready to move back to Italy.

What’s this? A story about Paul Pogba leaving Manchester United for a club that *isn’t* Barca or Juve? Surely not… https://t.co/gpRhsrJZ8U