Sports betting has always been a popular way to make watching sports even more exciting. Whether you prefer cricket, football, tennis or any other...
Read more
Featured

Gambling and sports have been connected for centuries, as betting on the outcome of sports events is one of the oldest pastime activities in...
Read more
news

The last couple of years have been difficult on sports across the globe, as the Covid-19 pandemic made it difficult to maintain competitions on...
Read more
Soccer News

Football is often known as the beautiful game. Well, it is easy to see why it attracts a lion's share of fans across the...
Read more
Home Football Indian Football The glorious saga of Indian women football team

Football, one of the most popular sports in the world and the only game which has been played by most of the nations in this world, though few countries have some rich history in this gobsmacked sports and there are other countries who are trying to make their mark on this sports, and India is one of those countries which has got a mammoth fan base for this improbable sport.

In India AIFF(All India Football Federation) controls the Indian men’s and Indian woman football team, and currently on the FIFA rankings Indian Men’s team are hanging at the 104th rank and there Indian Women football team is at 58 spots in the ranking.

South Asian Games 2019 Champions . I am so proud of each and everyone. Fantastic work by the girls and the support staff. I would like to thank everyone for their kind words and support throughout the tournament. #backtheblue #shepower #ald4 #champions #sag2019 @IndianFootball pic.twitter.com/plMFegeYc4

The Indian women football team was also got its early pioneer’s from the state of West Bengal, The elite team’s of Kolkata like Mohun Bagan, East Bengal started their women football clubs in 2000-01 seasons and began the Calcutta women’s football league.

In the year of 1991 the FIFA(Federation Internationale de Football) hosted the first-ever FIFA Women’s football world cup and International Olympic Committee organised the 1996 world cup, at that time the Indian football federation did nothing to promote the Indian women football team in to participate in those major competitions, notwithstanding at that time the AIFF officials stated that lifting the Indian women Football team’s standard to the level of other Asian football team was their focal goal but they never backed their own words.

AIFF always treated the Indian women football team as an extra baggage was a truth which was not unknown to anyone which reflects that in the year of 1997 they failed to bring a sponsor for the Indian Women football team when they fly down to Germany for Asian Championship, eventually the NRI people of Germany made that trip possible for the team.

In the 1998 Asain Games Indian women football team stated well against Chinese Taipei with a 1-13 win over them but in the third match they envisaged the biggest defeat in their history against China by conceding 16 goals in that game, and the match ended with the scoreline of 16-0.

From the year of 1991 to 2001 the performance of the Indian football team was very poor, in this time frame, they lost most of their matches and faces repeated perplexing defeats against their counterparts.

In the year of 2009, the Indian football board AIFF puts their mind in a place to better the condition of the beautiful game in India, and for which they introduce the SAFF competition for both Indian men and Indian women football team.

Indian women football team won the SAFF competition fourth successive time in a row without losing a single game in the competition and won two gold medals at South Asian games as well, Indian women football team during the qualification process of  the 2012 Olympic games as well wherein their first game they defeated the neighboring country Bangladesh by 3-0 goals, and in the second face they played Uzbekistan where in the first leg they managed to drew the game against the opponent but in the second leg they lost the game by 5 goals to 1. 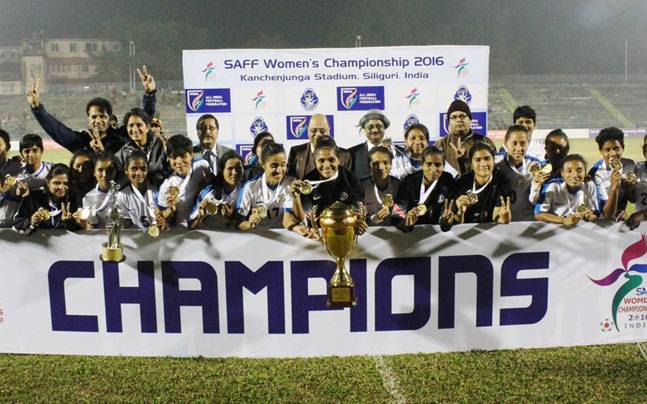 After the 1998 Asian games, Indian women football team participated second time in the Asian Games in the year of 2014, where the conditions were not better than the previous ones, In their first match they defeated the Maldives by 15-0 goals but in the next the next two matches they faced heavy defeats against South Korea and Thailand.

Right now Ashalta Devi is leading the Indian Women football team under the wing of Maymol Rocky and in the recent past for the preparation of 2020 Olympics round two they envisaged Hong Kong and Indonesia and in both the games the strong Indian girls came out as a winner.

Loitongbam Ashalata Devi: The Girl from Manipur Ashlata Devi is leading the Indian women Football team to create glory; she plays as the pillar of the defense in the Indian Women football team.

The 26-year-old also plays for the Sethu F.C club in Indian Women’s league, and outside of India she also plays league like Dhivehi Premier League of Maldives, she is the only second Indian women player to play in the foreign league.

In the year 2016-17, she played the inaugural Indian Women’s league with  Rising Student’s club and then after in the second season she moved to KRYPHSA F.C, and now in this season she is representing the Sethu F.C. 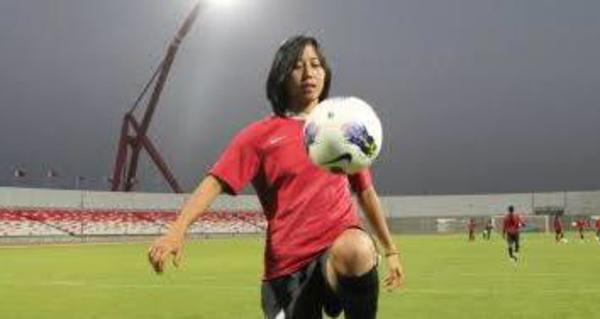 Ngangom Bala Devi: The Manipuri Magician Ngangom Bala Devi is representing the Indian women football team in this current scenario, The forward first represented India at Under 17 level in the year of 2005, and then after she played the Under 19 also in 2006,

In the year of 2010, she gets the chance to make her way out in the Indian women football team and represented her country in the first-ever SAFF Championship, wherein her first match she scored 5 goals against Bhutan, where Indian women football team demolished their counterparts by 18-0 goals, and she won the competition with the team by defeating their opponent Nepal in the final by 1-0 goals.

After her brilliant performance in the first SAFF cup she could not make in the 2012 SAFF cup team and she returned in the team for 2014 SAFF competition where she scored sixteen goals in her five matches and because of her scintillating performance in the tournament she was bestowed with Women’s player of the year award by AIFF.

She is the highest goal scorer of the Indian women football team with her 36 goals in her 46 appearances. 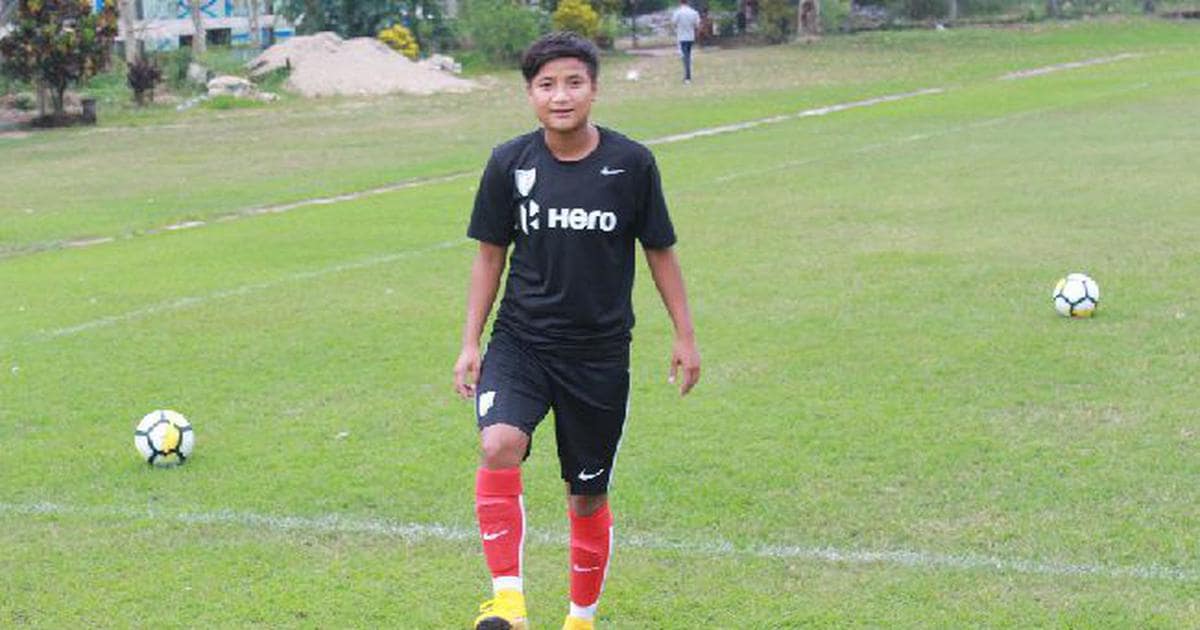 In the year of 2018, she got a call from the Indian women football team for AFC Woman’s  Asian cup qualifiers, where she scored her first-ever goal for India against Hong Kong and with that she earn a regular spot in the team.

The Rise in Indian women football:

In 2016, the Indian women’s league is the top division of Indian women football league incorporated; the league is watched by All India football federation (AIFF).

Earlier in India the top women’s football championship was the top woman’s football tournament in India, this tournament was equilibrium to Santosh trophy with states competing against each other, there was never something got organized for the Indian women’s football team, though many states stated their league for their domestic women.[youtube https://www.youtube.com/watch?v=td2lMgz9sJo]

The first women football league was stated at Manipur in 1976 and after that many others, states took the initiative and started their respective leagues.

Finally on 17th October 2016 with ten teams Indian women’s league start and teams got splits in two groups with five teams in each group and the winner of each group will play the finals.

Now in the third edition of the Indian women’s league, there is an addition of another two teams: now the teams are divided are as follow:

Top 10 Footballers who famously embarrassed themselves