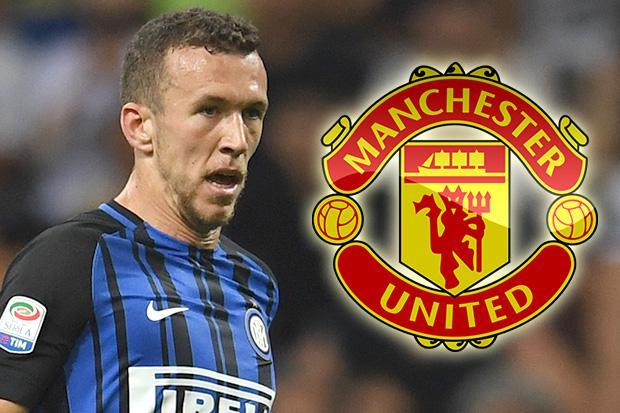 Perisic unveils how close he was joining Manchester United.

The Croatian international was tempted to leave Inter Milan to join Manchester United, last season throughout the transfer window,  his name got linked with the EPL giants but because of some reason the move didn’t take place and he signed a five year deal with the Italian giants Inter Milan.

Thought the Croatian winger was flattered by the attention of the special one but he remained at Inter Milan for Inter Milan coach Spaletti.

In an interview the Inter man voiced: “It’s true that an offer from Manchester United was on the table – I was really close to leaving Inter,”

“When Luciano Spalletti arrived [in June 2017], he showed tremendous desire to keep me in the team and made it clear he didn’t want to lose me. That was very encouraging, and I haven’t regretted my decision to stay at Inter. In football, small details in these situations are key.

“Admiration from a coach like Mourinho is definitely something that flattered me. It’s confirmation of hard work and good performances. When you’re praised by a guy like Mourinho – the manager of a huge club like Man United – it’s difficult not to think about such an offer. I’m glad he has a high opinion of me. These things motivate me to work and train hard, to achieve the best performances.”

EXCLUSIVE 🔴 Perisic: ‘I was close to leaving Inter for Man United – Spalletti convinced me to stay’

The reports claim that the EPL giants are still interested to hijack the 29-year-old winger from Inter Milan, and perisic also admits that he could still make a move to EPL or in La Liga in near future.

He stated: “In football, you never say never,”

“From the beginning of my career, I’ve had the ambition to play in as many big leagues as possible, and I still have that desire to test myself in other leagues. And I mean in the Spanish or English leagues.

“I hope Inter fans understand my point of view. I’m an athlete and a professional, I like challenges and this is my driving force. What the future will bring, I don’t know. Now I’m focused on Inter, as we try to make a bigger step forward from last season.”