The 37-year-old wizard has all the accolades of the football world in his bucket, so far in his career he has played in the top three European leagues and won the domestic league with the respective clubs,   He is the record time Ballon d’Or winner of five times and also made 29 trophies to his name so far in his prolonged and glittering career. 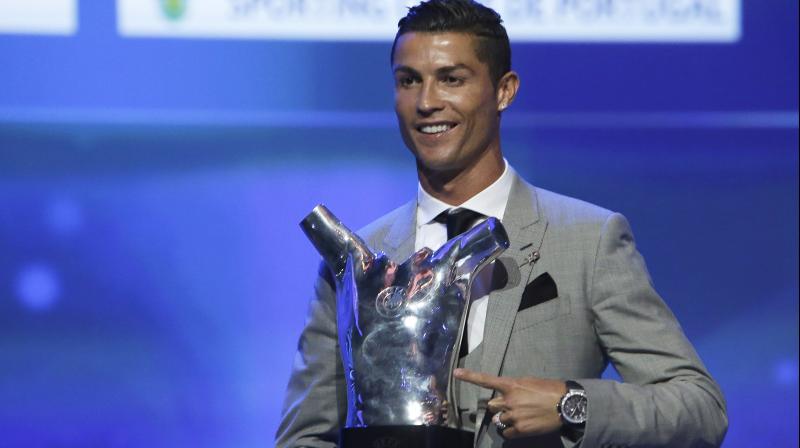 He came from the ranks of famous Portuguese club Sporting and then he spends most of his time with the English giants Manchester United and made his presence fell in the world football with his magical skills and strong determination and his hunger for success, In 2009 the talisman makes his way for the Spanish giants Real Madrid and he won 15 trophies with the Spanish matador’s, which includes  four UEFA Champions League, two La Liga titles and two Copa Del Rey, he is Real Madrid’s  top scorer in their history.

Now at the age of 34, he joined the Serie A side Juventus and in his debut season, he won the prestigious Scudetto with the Old Lady gang and this season the Serie A giants are planning for the highest gong Champions league with the presence of the Portuguese Ace. 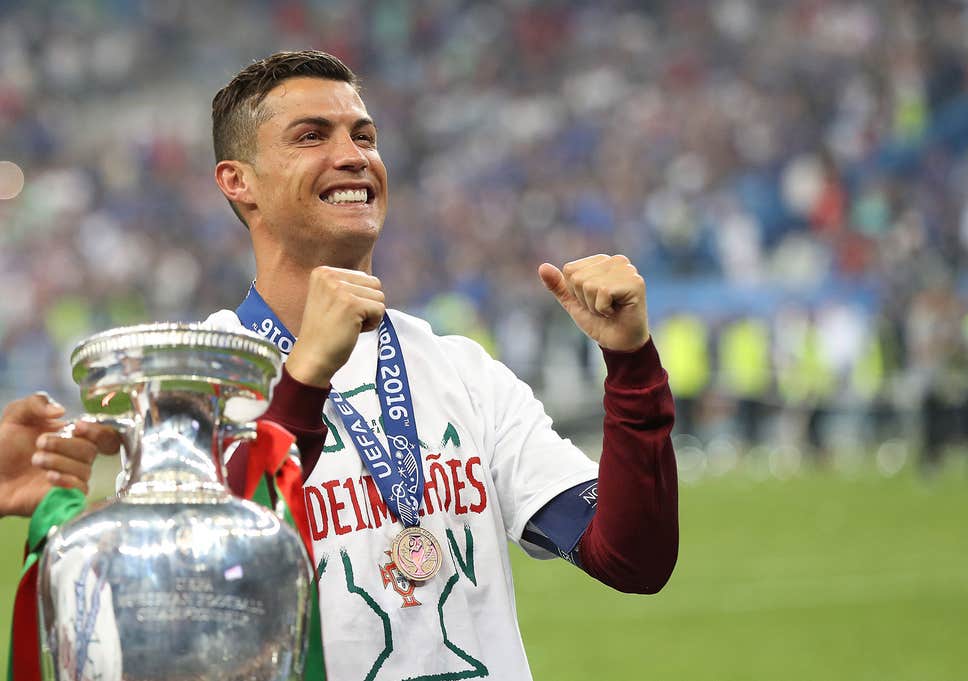 Cristiano Ronaldo began his international career in 2001 European youth summer Olympic where his country faced a defeat against Finland by 1-0 goal,  then he made his senior debut for Portugal at the age of 18 when Portugal came out as winner against Kazakhstan by 1-0 goals.

At the age of 22, the winger became the captain of the Portuguese national team and played a friendly against mighty Brazil in 2007.

In 2012 European qualification CR7 scored seven goals for his country and put carried his nation to the main stage with his scintillating performance.

He is the sheer one who claimed the UEFA Euro 2016 trophy as a skipper for his country Portugal, on this tournament he received the Silver Boot award as the joint highest goal scorer with three goals and three assists in the tournament.

This Superstar now has a strong social media presence and his reputation is at the peak level with his style of play his lifestyle and possessed skills on the ground, in the social media like Facebook, Twitter and on Instagram,he has got 277 million followers,  He has the world’s biggest fanbase on social media called Facebook with 103 million followers.

The first sportsman to reach 100 million followers on social media, his sponsored has earned 936 million in media value across in social media accounts, for his immense popularity this lad has his statue of Ronaldo in Maderia, where he endorses his first fashion boutique named CR7.

Now at this stage of his career looks alluring from the outside but the 17-year-old Portuguese boy has undergone several patches in this life to become the CR7 today.

He has the belief within himself and toiled hard to become what he becomes today, in these respect some of his inspiring quotes to discover his greatness.

“Maybe they hate me because I’m too good.” : Cristiano Ronaldo quotes

“Today there are opportunities that no one knows if they will come round again in the future.”

“It gives me the happiest feeling in the world. I just love scoring. It doesn’t matter if it’s a simple goal from close range, a long shot or a dribble around several players, I just love to score all goals.”

“I want to be remembered as part of the group of the greatest players ever.”

“To me, being the best means proving it in different countries and championships.”

“Without football, my life is worth nothing.”

“People have to understand one thing: at the age of 18, I arrived at a dream club like Manchester United. It was a dream come true. But, even at that moment, I was thinking about playing in England for some years and then going to play in Spain. Even at that time, I was thinking that way and I always gave 100% everything.”

“I know I’m a good professional, I know that no one’s harder on me than myself and that’s never going to change, under any circumstances.”

“We cannot live being obsessed with what other people think about us.”

“We should always believe we are the best,”

“Winning – that’s the most important to me. It’s as simple as that.”

“If you think you’re perfect already, then you never will be.”

We don’t want to tell our dreams. We want to show them.”

“Your love makes me strong. Your hate makes me unstoppable.”

“Dedication, hard work all the time, and belief.”

“Talent without working hard is nothing.”

“You need to think big. I always believe that nobody is better than me, out on the pitch at least,”

“Dreams are not what you see in your sleep, dreams are things which do not let you sleep.”