Talking about loyalty there's one Person Bastian Schweinsteiger, who played 17 years for Bayern Munich (Club based in Germany). He played as a center midfielder...
Read more
Home Football Gareth Bale’s Greatest Ever Moments

Gareth Bale has enjoyed a successful, yet erratic career – grinding his way from the trenches of Southampton and Spurs to becoming the most expensive player for Spanish giants Real Madrid.

The Cardiff born winger has won numerous accolades along the way but having experienced a dicey relationship with Real Madrid boss Zinedine Zidane, the Welshman has fallen out of favour in the first team now has securing a loan move back to Spurs where he the fairy tale all started.

The man has shouldered the burden of a then world record fee, a nation expecting him to perform miracles and arguably the hardest fans in the world to entertain and please. But it’s not all doom and gloom, the Welshman has had a truly remarkable career, so let’s take a look back at Bale’s greatest ever moments.

There’s no denying that Bale has enjoyed a plethora of success at his time at Madrid, including an impressive four Champions League titles – but it is his fourth that the ever-faithful Los Blanco’s fans will remember him most fondly for.

After a torrid time at Real, Bale headed into the 2018 final against Liverpool with not much hope on getting any minutes on the pitch, instead he made do with the bench in Kiev, that was until the scores were tied going into the interval at 1-1. Three minutes after coming on as a substitute in the second half, Bale scored one of European football’s great goals.

The Welshman’s pariah figure status was changed in that moment of magic, as he drilled an overhead kick into the back of the net. Bale wasn’t done just yet, firing a free kick from 30-yards out late to secure the club a 13th European Cup and putting the Merseyside club to the sword.

Bale cemented himself into Real’s pantheon of greats with a sensational solo goal against bitter rivals Barcelona. The Cardiff-born forward had finally arrived on the biggest stage of all and he had announced himself in emphatic style.

With the scores stuck at 1-1 after Marc Bartra had canceled out Angel Di Maria’s opener, Bale picked up the ball on the halfway line skinning Bartra while running off the side of the pitch to beat the last man. Bale utilized his calm composure and slotted it past Pinto in the dying embers to secure Real an unforgettable win against the Catalan giants.

This was arguably one of Bale’s best stand out performances in a Tottenham shirt that catapulted him into the upper echelons of football to ultimately turn Real Madrid’s 85-million-pound head.

Bale was the star of the show, tormenting Inter Milan’s right-back Maicon – then widely recognised as the best in his position – just simply could not deal with Bale’s overwhelming ability, pace and physicality.  The right-back seemed to be fitting square pegs into round holes as the Welshman swanned past him numerous times, scoring a hat-trick and almost triggering an unbelievable comeback.

The Welsh Wizard’s return performance at White Hart Lane was where he injected more of his black magic, as once again, Maicon was unable to contain Bale. The Spurs hero set up goals for Peter Crouch and Roman Pavlyuchenko as Spurs fought tooth and nail to beat the Italian giants.

This was the performance that the Welshman announced his arrival on the World stage and chiselled his name into Spurs folklore history.

Wales fans were strangers to watching their team play on the international tournament stage, that’s until Euro 2016 came around. Bale exploded on to the stage in 2016, demonstrating his brilliance in qualifying for Euro 2016 ending his team’s 58-year wait to play in one.

The Welsh wizard helped cement a spot at the tournament in France for the Dragons, where they were drawn in a group with Russia, Slovakia and bitter rivals England. It was a work of art from the paintbrush of Bale in the group stages, helping his side finish top setting up an all-British last 16 tie with Northern Ireland.

Gareth McAuley’s own goal fired Wales into the quarter finals and the Welsh were riding a wave of momentum. The Dragons weren’t finished there, despite finding themselves 1-0 down the Belgium in the first half of the quarter final tie, the Real Madrid star inspired the troops and mounted an incredible 1-3 comeback.

Wales were eventually put to the sword by Euro champions Portugal, but left France with their heads held high.

A month after Bale’s incredible goal in the Copa del rey final, Bale’s form was one of the crucial elements to this exciting final and was the particular focus in long-term markets seen on well-established sites such as Sporting Index.

The Cardiff born star lined up with Real looking to win the biggest prize of them all – the 2013-14 Champions League Final. Los Blanco’s date with destiny was obstructed in the final by rivals Atletico Madrid.

Bale started the first half relatively quietly. Atletico drew first blood taking the lead in the 36th minute via a Diego Godin header and as time evaporated from the clock it was looking like Real were going to fall short of their 10th victory in the famous competition.

However, the game was flipped in the injury time as Sergio Ramos’ thundering header saw the game into extra-time. The added period ticked away and Bale’s confidence manifested and after Angel Di Maria’s shot was saved by Thibaut Courtois, the Welshman pounced prodding the rebound home. Shortly after, Atletico fell apart conceding two more goals to hand Los Blancos a famous 4-1 victory. 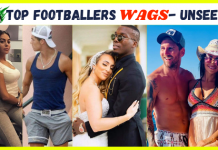