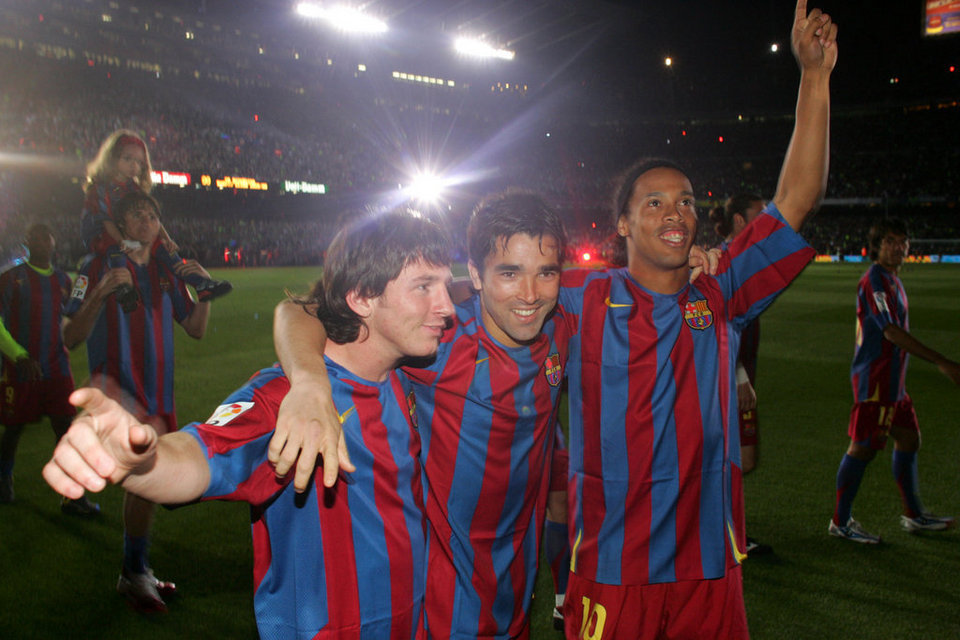 The former Barcelona and Chelsea midfielder Deco recently recalled his favourite moments in Camp Nou. He fondly recalled the times he spent with Ronaldinho and believes the 2002 World Cup is best in his eyes.

Both Ronaldinho and Deco played for the Catalunya side in the period between 2004 and 2008. Under then coach Frank Rijkaard, both the players won two La Liga titles and a Champions League title.

The Brazilian was the best player at that time. But over the last decade Lionel Messi and Cristiano Ronaldo have become great. They have set new standards in terms of goalscoring, team success and individual accolades.

Both Messi and Ronaldo have won five Ballon d’Or awards each, sharing the trophy for the last ten years. But Deco believes despite Ronaldo and Messi are the top footballers in Europe, Ronaldinho was a class of his own.

“From the outset, it is clear that Leo and Cristiano are the greatest,” the Portuguese star told AS.

“Especially because no one thought they could take so many years to this level, but the one that impressed me most despite not being so decisive was Ronnie.

“For me, he will always be the best.”

‘Ronaldinho will always be the best’ – Deco puts former Barcelona teammate ahead of Messi and Ronaldo https://t.co/p73taV7G2q pic.twitter.com/xF2X0AOz2e

Ronaldinho retired at the start of the year, thus ending his glittering 20-year career. He retired three years after playing his last professional game for Fluminense in the Brazilian League.

Deco also admitted that his best time of his career was when he played alongside the Brazilian. He added, “We met in Barcelona and immediately connected with him, the moments I lived with him are difficult to compare to anything. It was magical.”

Deco also retired from Fluminense in 2013 at the age of 35 because of a bad run of injuries.