According to the football News, last night Spanish match began with the boos for the Spanish center back Gerard Pique, but after the end of the game, he got cheers from the Spanish fans as sentiment shifted.

Julen Lopetegui the Spanish head coach was cheerful after Spanish match against Albania where they managed to defeat their opponent by 3-0 goals.

In that match the Barcelona center back Gerard Pique received mixed reactions from the Spanish fans.

With that win over the Albania by that 3-0 margin the Spanish side qualifies themselves for the finals of Russia 2018 and the coach is also happy after that match as the La Roja fans gradually warmed to the Catalan defender.

After that match, the Spanish head coach said: "The fans have been phenomenal,"

. "It starts to put the focus on the positive things in our football and our country.

"It is like when you see a painting and you just look at the speck of dust. We have to celebrate the good things and we have done it in the dressing room, singing and dancing."

David Silva and Pique will miss Spain’s next world cup qualifier as both of them received a yellow card in the Albania match. 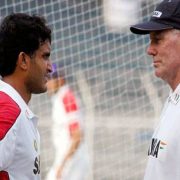