How Does Greyhound Racing Work?

David Beckham is considered as one of the stylish English midfield player the footballing nations have ever seen. Over his long 20-year career, he has played for several clubs like Manchester United, Preston North End, Real Madrid, Milan, LA Galaxy, Paris Saint-Germain and also the England national team.

He became the first English footballer to win four different league titles from different countries which were England, Spain, the United States and France. 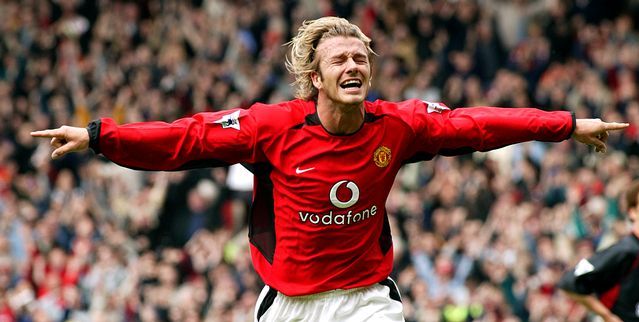 He also once held the record for the most number of appearances made by an outfield player in the national team, which was later surpassed by Wayne Rooney.

Beckham was mainly known for his passing and crossing abilities as he could effortlessly bend a dead ball during free-kicks. Throughout his illustrious career, Beckham has won 19 major trophies. 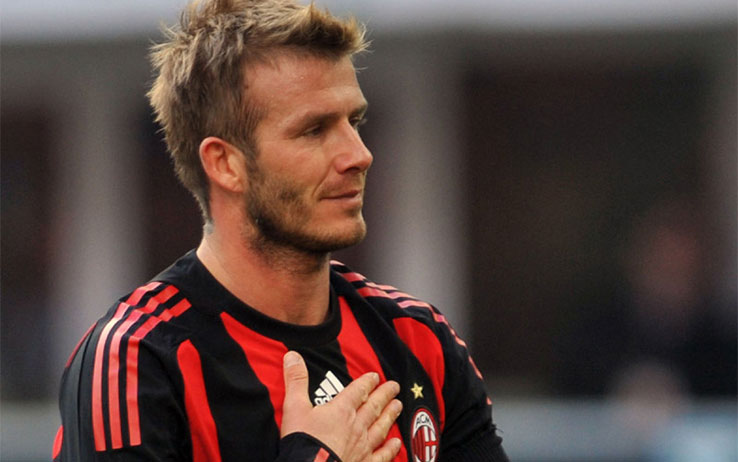 Although the English midfielder had announced his retirement in the May of 2013, yet that has not lowered or weakened the value of his brand. Rather after his retirement his popularity has grown even more as he began to focus solely on his life off the pitch.

Beckham has always been many advertiser’s popular choice and the former England captain, after his retirement, has turned his focus towards fashion, food and drink, television, entertainment and many more. 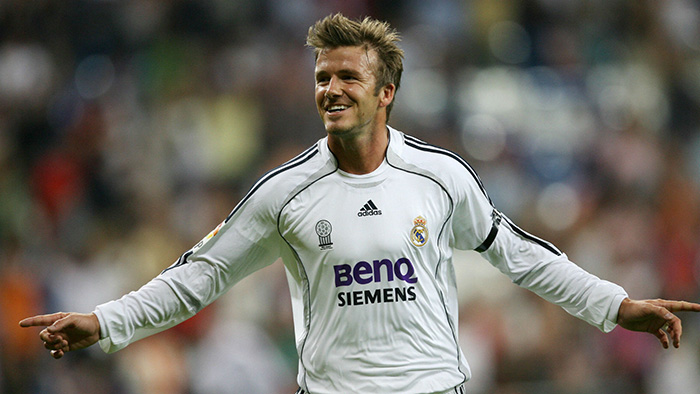 He has already started to invest in his new venture, as he planned to make a Miami-based Major League Soccer franchise. MLS committee has already announced that the franchise will be their 25th team and is set to start from the beginning of 2020.

According to a well-known footballing website and magazine, the Sun, Beckham has earned around £29 million in dividends over the two years from his company DB Ventures Limited, which means that he gets £40,000 per day. 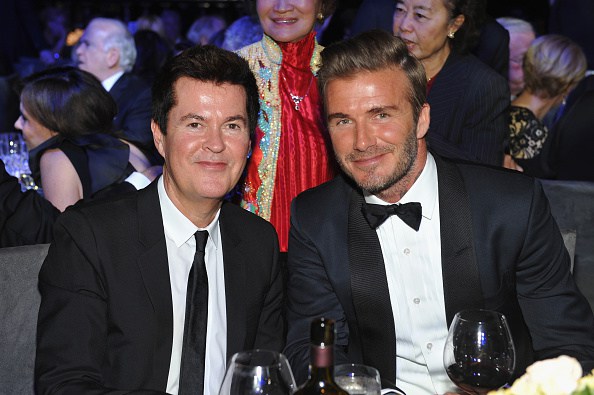 With the above figure mentioned, the table below shows his earnings on a basis of per year, month, week and day. Although he has retired, he still earns more than many top current players of football.

Although Beckham has been the face of many endorsement deals, his campaign with the clothing company H&M became the most famous. He had also acted in many advertisements for the company along with comedian Kevin Hart. 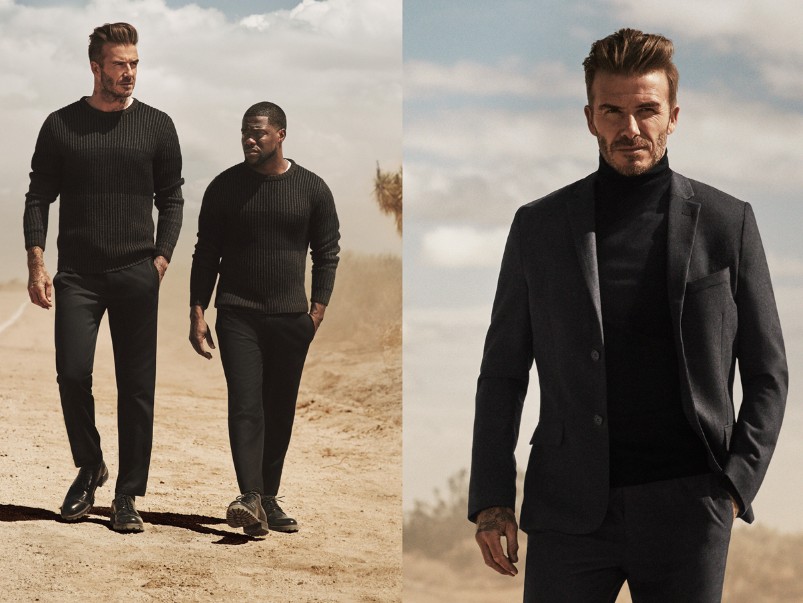 Beckham has also promoted other deals like Breitling watches, Sainsbury’s, Armani, Gillette and Pepsi Co. He himself promoted the brand Haig Club whisky heavily through his social media accounts.

During his playing days, Adidas was his prime sponsor and Beckham was the player who made the Adidas Predator boots famous. He still continues to work with the brand and has helped the company to launch a new edition of boots in September 2017. 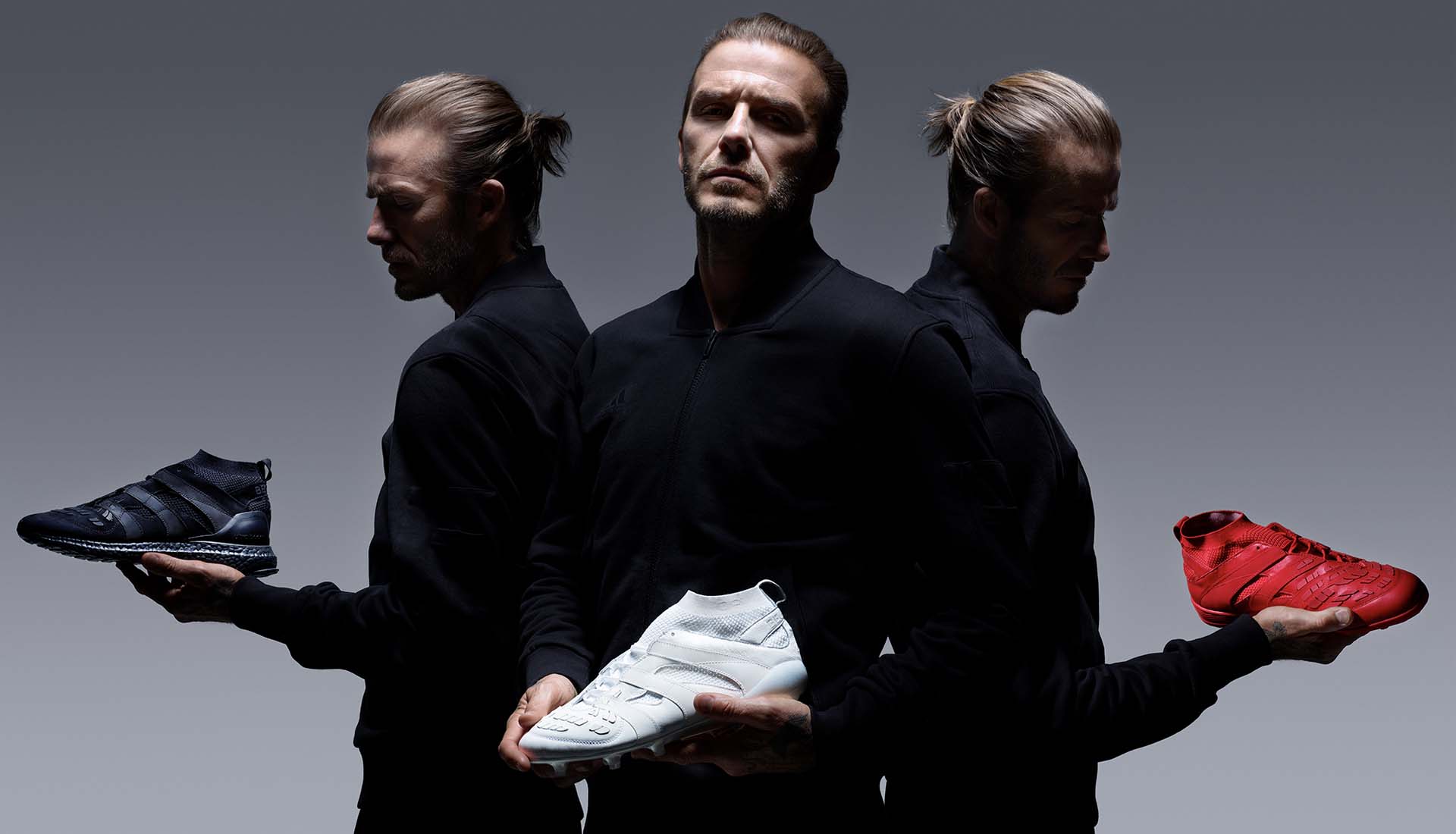 There are many businesses which the football superstar owns. While rights for his name and image belongs to Footwork Productions, there is another company named Seven Global LPP which has partnered with Global Brands Group to create business around Beckham’s lifestyle products.

All these companies come under the umbrella of a single company named DB Ventures which is responsible for the “licensing and other forms of commercialisation of the ‘David Beckham’ brand”.

The parent company of this business organisation is Beckham Brand Holdings Ltd. The parent company is split into three parts that are headed by David Beckham himself, his wife Victoria Beckham and Simon Fuller, who is the head of the family’s management group. 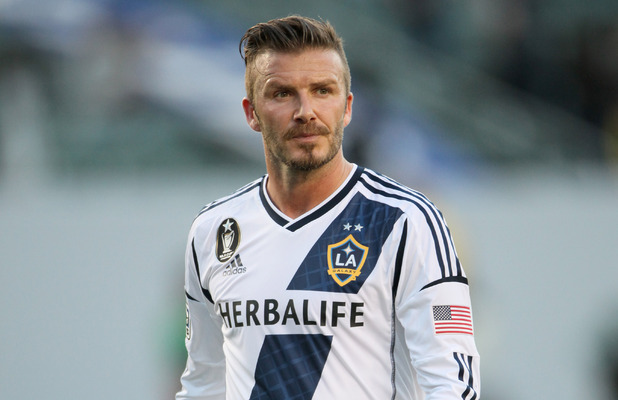 When Beckham joined the MLS franchise LA Galaxy in 2007, it was mentioned in the contract that in future he could himself own a MLS franchise, which he decided to do in 2014.

His Miami-based MLS team is bought under the ownership group known as Miami Beckham United and the partners of this organisation are Beckham, Simon Fuller, Marcelo Claure, Todd Boehly, Masayoshi Son and the Mas brothers, Jorge and Jose. 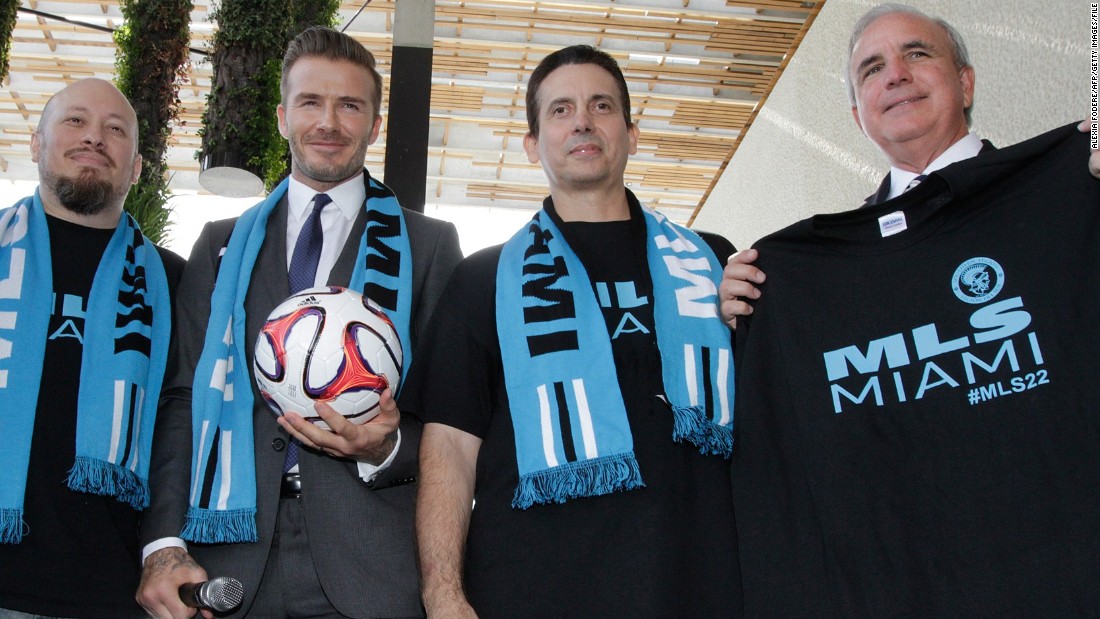 David Beckham with other owners of Miami-based MLS Franchise

The net worth of Beckham is supposed to be around £300 million (or $450m), although the official figures might vary.

Beckham started dating Victoria Adams in 1997, a former member of the pop band Spice Girls. She was popularly known as “Posh Spice”, as a result after the relation media started calling them “Posh and Becks”. 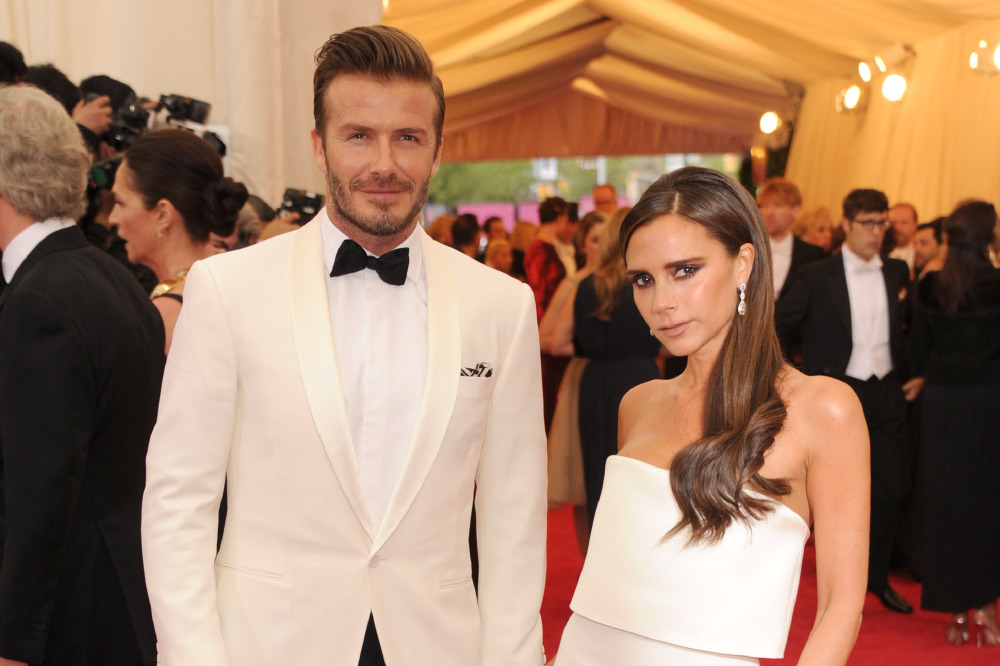 Beckham proposed to Victoria in a restaurant in Cheshnut in England on 24 January 1998 and later got married at Luttrellstown Castle in Ireland on 4 July 1999. 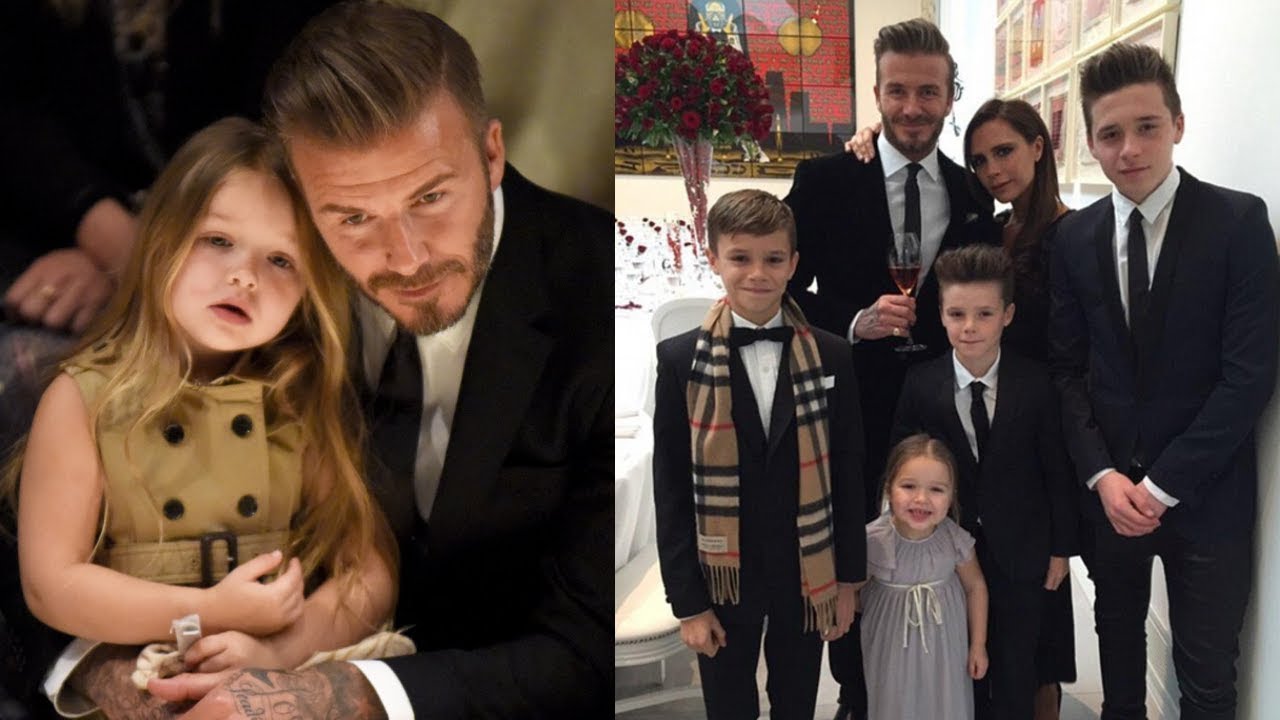 David Beckham with wife and kids

She shot to fame as Posh Spice when the pop band Spice Girls suddenly came into the scene in 1994. The girl band became one of the most successful bands in 1990s and sold over 55 million records worldwide. 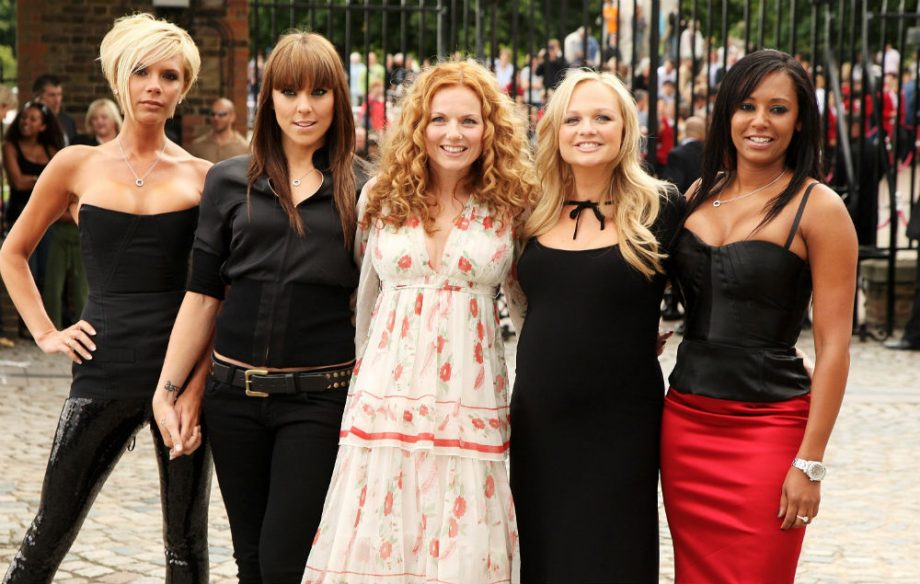 Victoria Beckham with the Spice Girls

After the Spice Girls released their last album, Victoria went on to launch her own solo career and she had four UK top 10 singles.

But after her singing career she went on to work in the fashion industry and started designing denims and sunglasses and later launched her own high fashion label in 2008, and got huge acclamations for her dress designing.

Apart from the earlier money which she got for performing in the Spice Girls band, she added £10 million to it when she went on a reunion tour in 2007. Moreover her autobiography which was released in 2001 and her featuring in a reality show ‘Coming to America’ added to her bank balance.

Moreover she earned a few more millions in 2009 when she signed an endorsement deal with Armani for a contract of £12 million. Apart from that she had endorsed brands like Tesco, Range Rover and H&M. 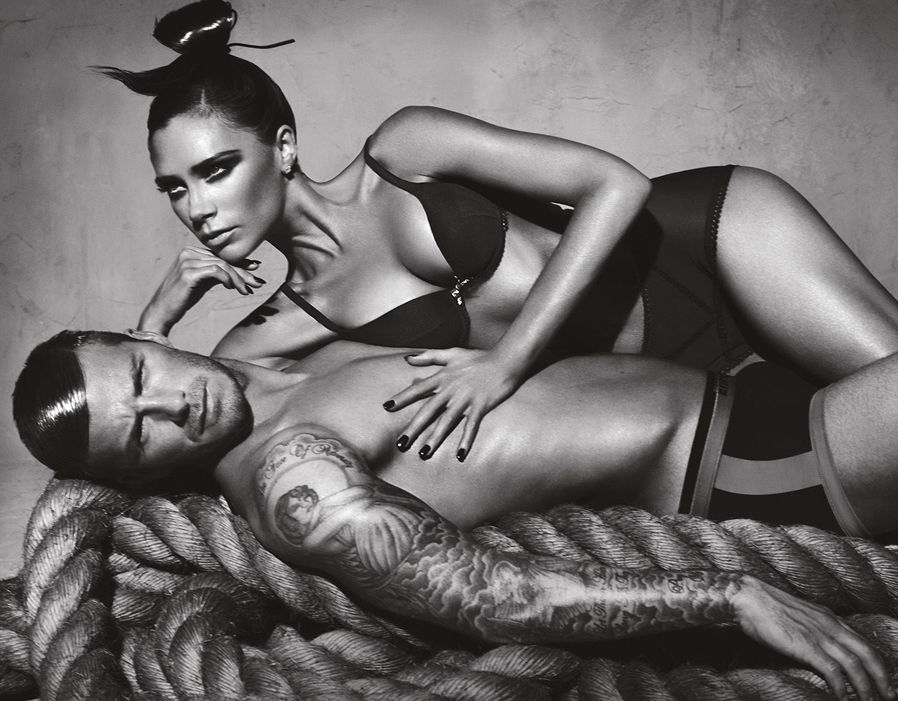 Victoria has invested hugely in property and art and has produced a huge variety of perfumes, but it is her fashion designing work that has rocketed the success of Victoria Beckham brand.

Although her business is made jointly with her husband David Beckham and the business is run under the banner of ‘Brand Beckham’, she has accumulated a net worth of her own which is estimated to be around £240 million. 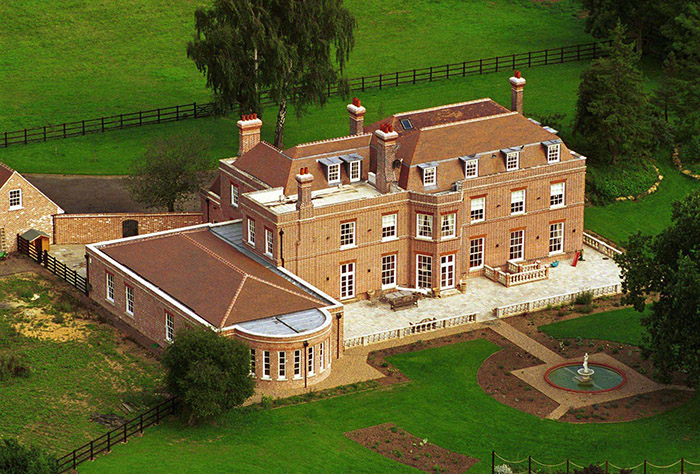 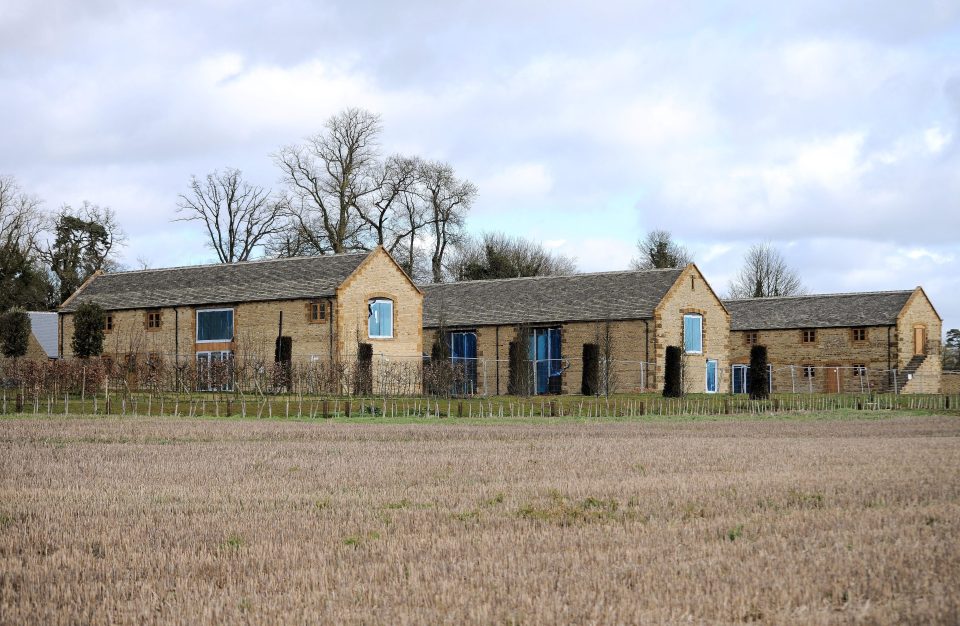 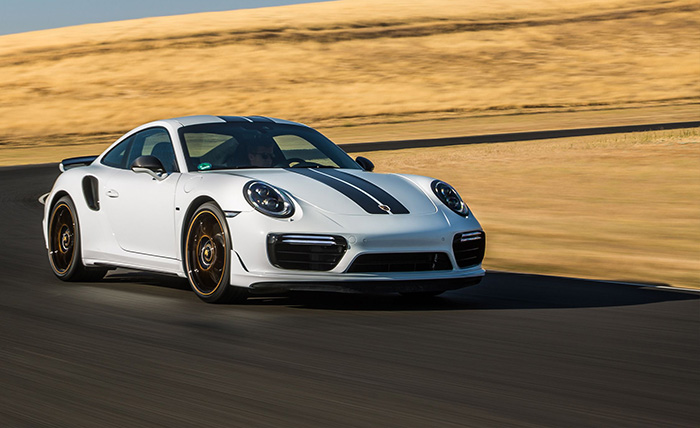 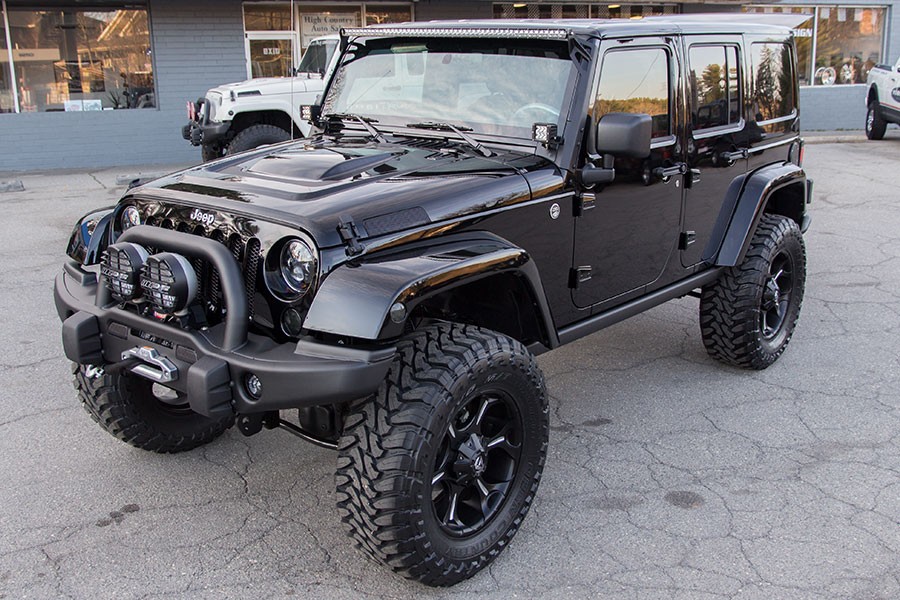 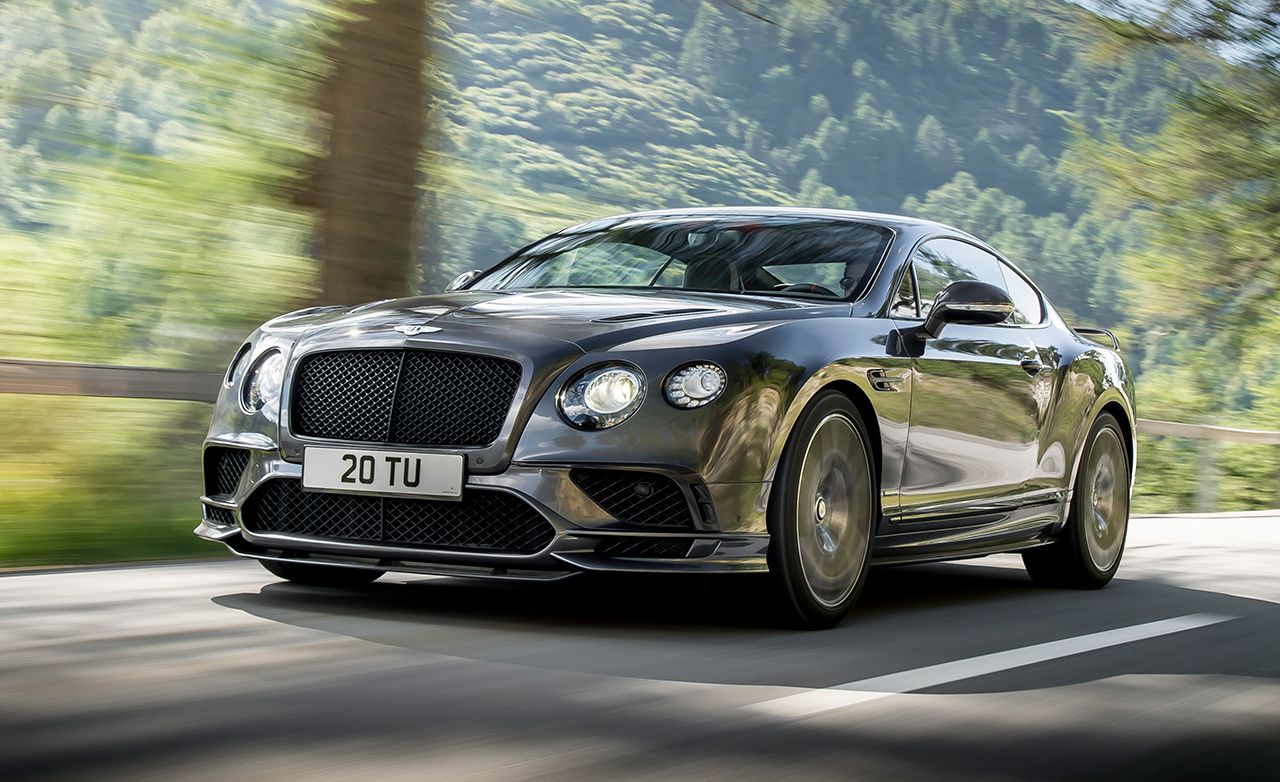 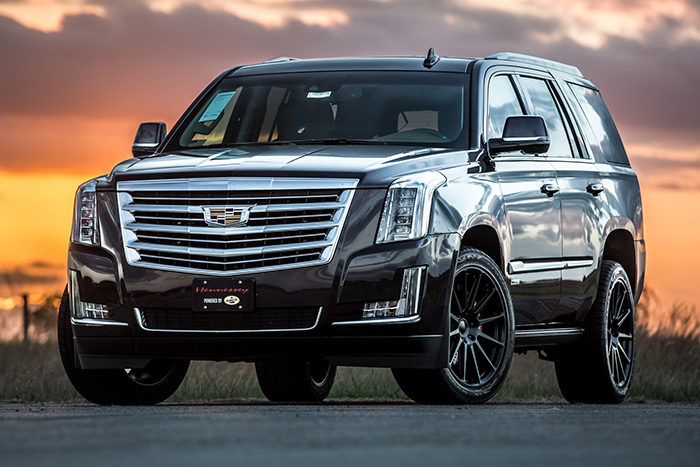 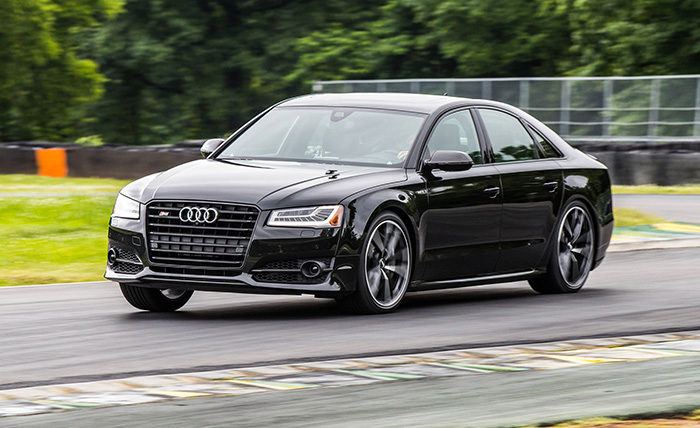 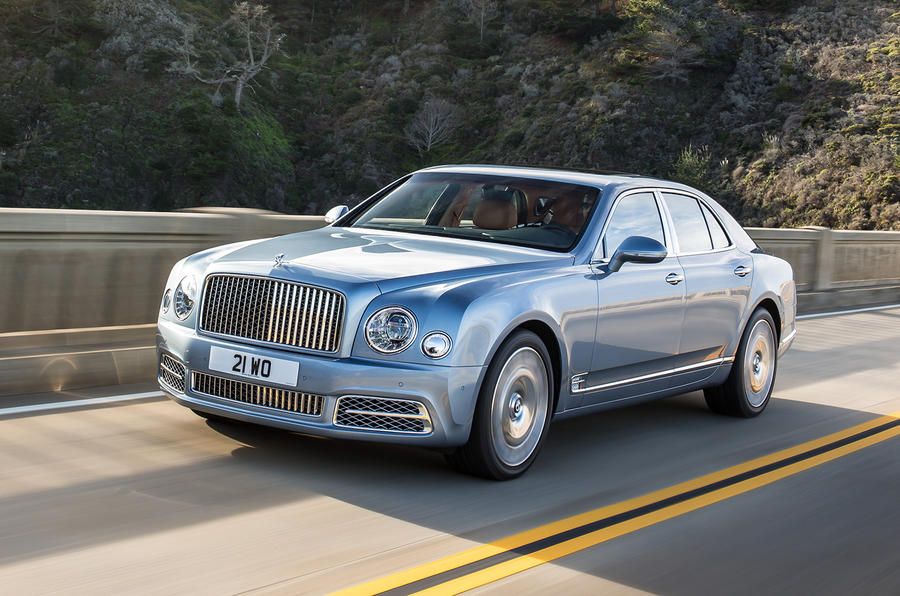 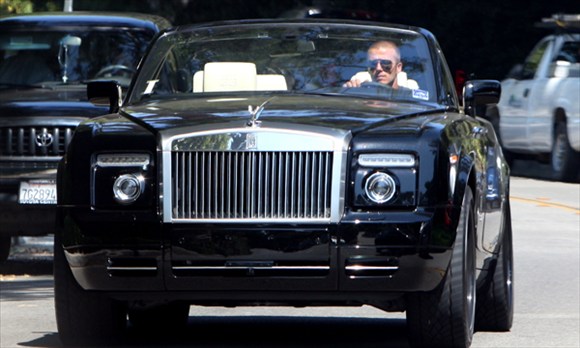 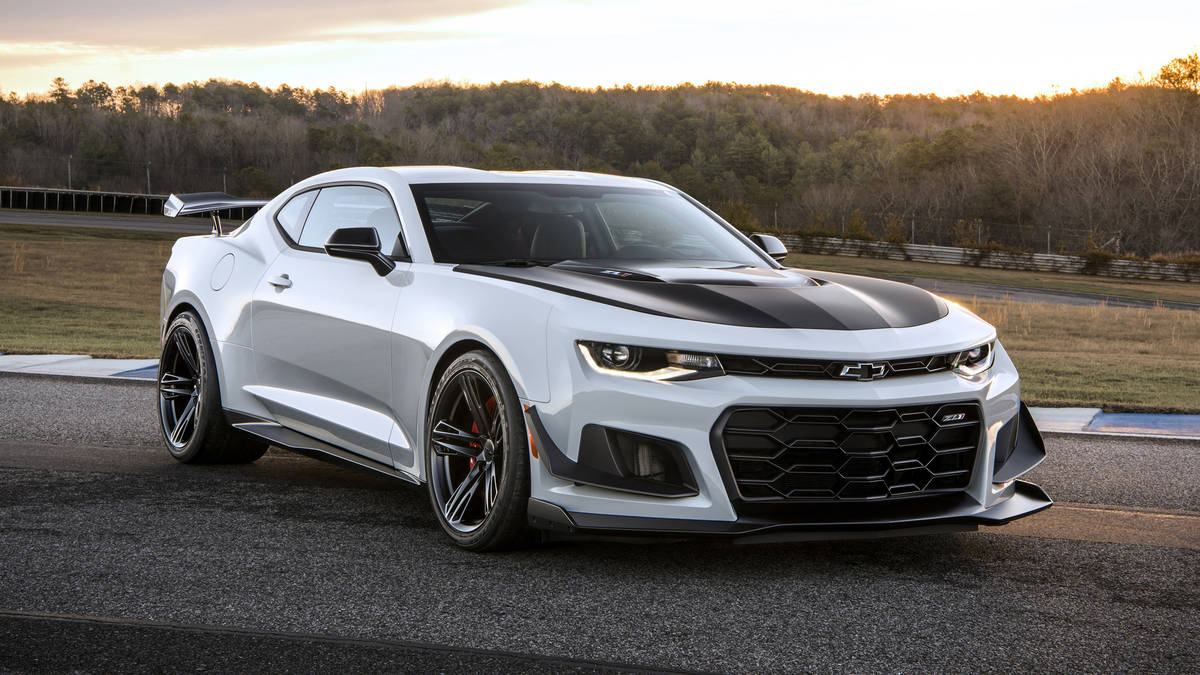