Home Football Soccer News Will the Premier League get cancelled due to Coronavirus? 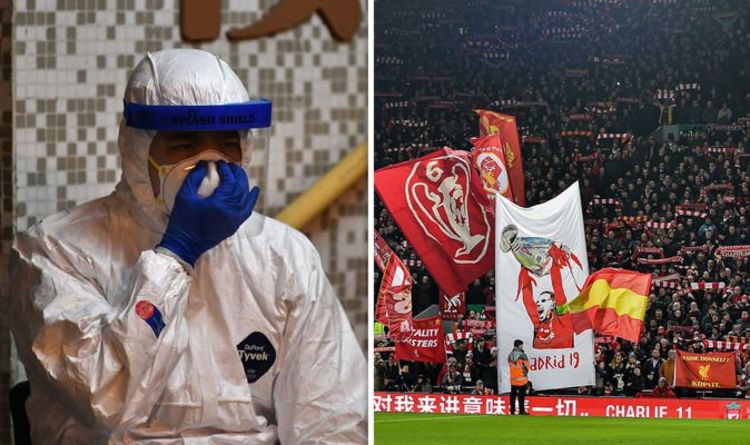 The outbreak of the deadly Coronavirus (Covid-19) has been rapidly worsening the situation in the world, and recently the World Health Organization announced the pandemic state because of this high contingency ratio, Starting from China the Virus now has spread all over in the world and many people lost their lives due to Covid-19.

Right now the devastating virus grapples the whole world; it also hits the impact of the whole world, with the OECD warning the virus threats the biggest danger to the global economy since the 2008 financial crisis.

Till now there are 130000 confirmed cases globally, and its mark its impact in the beautiful game of football as well, due to the outbreak of this virus the prestigious leagues like Champions League, Premier League, Serie A, Bundesliga, French League and all the other football Leagues in the world got postponed, and there is no certainty as of now when it will be starting again as the Virus spread rampantly in the UK and other parts of Europe, and football fans in all over the world and in India are praying to see their beloved superstars on the pitch again.

Liverpool were odds on to win the Premier League this season as per the betting sites in India, they showcase their dominant run throughout the season and they were just 3 wins away to lift the title.

Now the question has been raised about the possibility of the cancelation of this season premier’s League and how it will be effective in the title dreams of Liverpool, as reports suggest that there is no such guarantee is there if the season got canceled, will Liverpool be declared as a winner or not.

It would be disappointing for the Anfield fans who are on the verge of lifting the trophy for the first time after 30 years haul, According to some source premier league Chefs would conduct a meeting if they were a force to end the season early due to the Covid-19.