In this world of football, there were many strikers who played their parts for the respected teams but we have selected few handpicked players who gave ample amount of joy to the football fans by scoring goals for their favourite teams.

There are plenty of quality strikers in the world but to chose among those players is not an easy job but we fell they are the cream of the crop, so without much ado let’s look at the top 10 best strikers of all time. 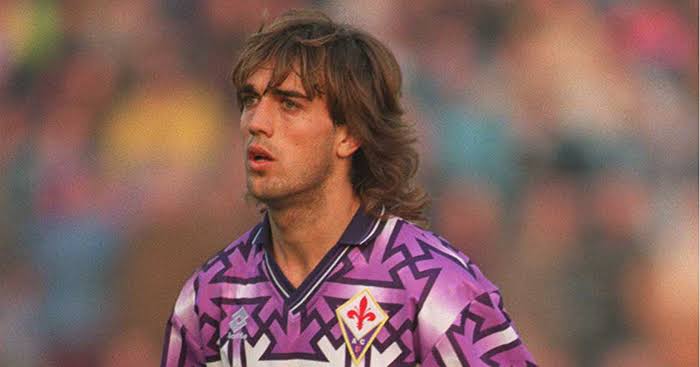 10)Gabriel Batistuta:The Bitgol from Argentina, he is one of the most polished strikers who can score every type of goal from any angle,and his striking rate  makes his way to the Best strikers of all time.

He is one of the most prolific strikers of Argentina and is in the 10th position of Serie A all-time top scorer’s list, in his international career for Argentina the Fiorentina man scored total No of 78 goals in his 56 appearances.

In Serie A he has played nine golden years with the Italian side Fiorentina, and in those nine years, he won Supercoppa Italiana and Coppa Italia with the Florence side but never managed to win the Serie A title with them.

After his nine years with Fiorentina, he moved to Serie A giants Roma and there he won the Serie A title.

In his career, he has scored almost 300 goals in his 531 appearances for his club and country. 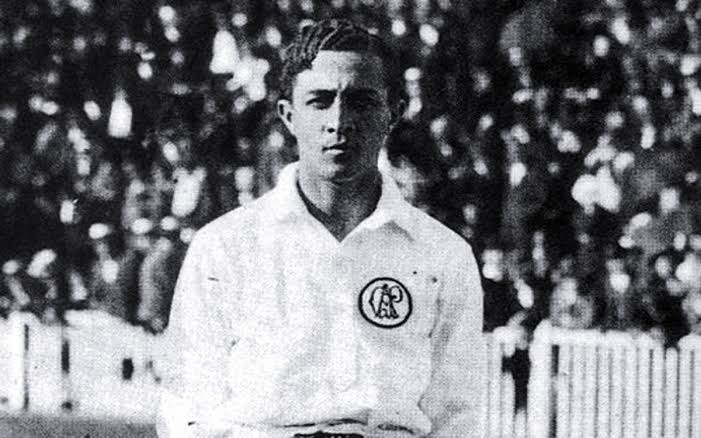 9)Arthur Freidenreich:Many football fans are not aware of the name of Arthur but he is the one who revolutionized this beautiful game in Brazil, Many suggest that the Brazilian has got the most No of goals to his name by scoring almost 1329 goals in his prolonged 26 years career, with his amazing stats the Brazilian born place himself in the list of Top 10 Best strikers of all time.

In the year of 1919, he was named the player of Copa America and also awarded with the Golden Boot trophy, but unfortunately the African origin Brazilian never got the opportunity to represent Brazil in the world cup stage.

People used to chant him like a tiger of the game, and he was the first black player in the game who has made his mark in it though his journey was not that easy as he receives much widespread racism in his career. 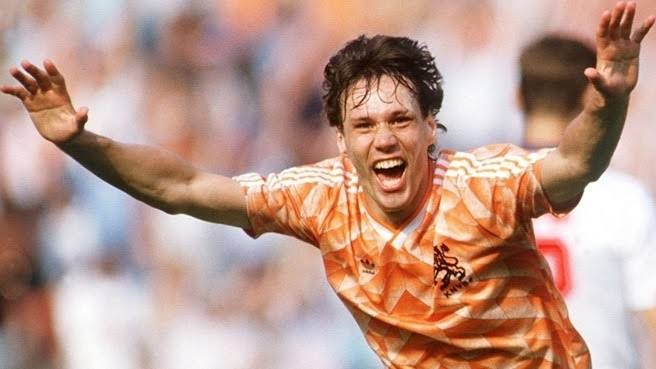 8)Marco Van Basten:The Dutch international is one of the greatest talents to play the game of football, he had some historic moment in his career, out of which in 1988 Euro Cup final where he scored a stunning volley in the final to secure his country’s only major international gong.

In the 1988 Euro cup, he was the star performer for the Dutch side, he has 5 goals to his name in the competition which includes a hat trick against the English side.

He is a kind of striker who has got the gilled touch to his feet and also scored that scintillating goal in the final against the Soviet Union which gives his country the first major trophy.

In his club level, he had a great time with the footballing giants Ajax, and from Ajax, he moved to the German champions Bayern Munich where he showed his knack of scoring goals which led them to win the European cup final against Steaua Bucharest.

In his career, he has represented clubs like Milan, Ajax, and Munich and scored total of 277 goals in both club and international level. 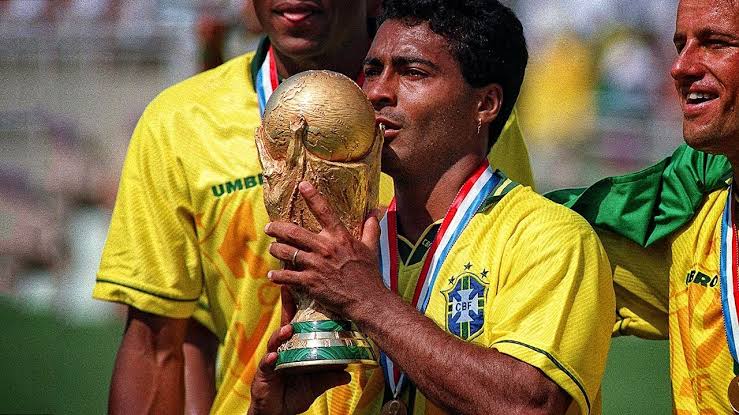 7)Romario:The Brazilian born alaways come to mind when we consider to think about strikers,though there were many e uprising Brazilian talents at that time, but his form and passion and scoring records force himself to book a place in the top 10 Best strikers of all time.

Romario was a particular menace when it comes to converting the goal in one vs one against the goalkeepers, he was best to remember for his time with the Dutch side PSV and Barcelona.

He is one of a striker who had got the skills and the finishing touch, his supreme confidence, and his immense skills made him one of the deadly strikers of all time,

At PSV Eindhoven he has scored more than 165 goals in his 167 matches and in his two years at Barcelona he has registered 39 goals for the Spanish side.

In his career, he has represented clubs like  Vasco Da Gama, Flamengo, PSV, Barcelona and Valencia where he scored almost 688 goals in his 886 appearances, at international level for his country he has scored 55 goals. 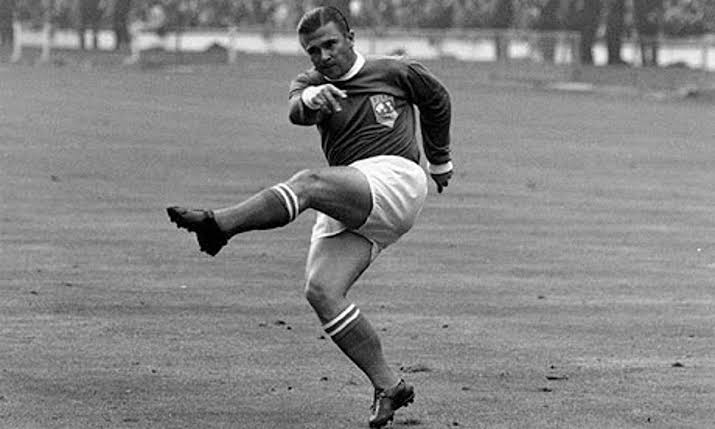 6)Ference Puskas: He was one of the key players of the “Magical Magyars” side of Hungary, with 84 goals to his name in 85 matches and led the Hungary team to the unprecedented success of reaching at the world cup final of 1954.

In his club career, he tore apart the Hungarian domestic league with his charismatic 352 goals for the Budapest Honved and than at the age of 31 moved to the Spanish matador side Real Madrid, In Madrid, he formed a team with the deadly Alfred Di Stefano where both the duo led Madrid to straight five League title and also won consecutive three Champions League trophy.

He has got outstanding goal-scoring records can be seen from the fact of his records 616 goals in his 620 appearances in club level and also in the International level with most No of goals for his country. 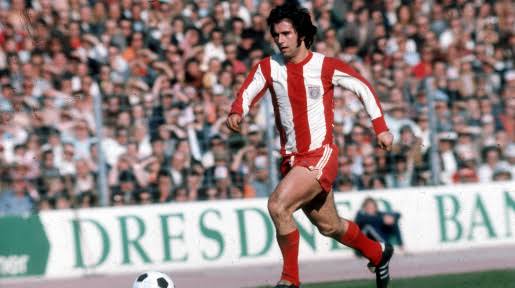 5)Gerd Muller:One of the finest strikers to represent Germany and Bayern Munich in their History, he was not the kind of player who were possessed with fancy footwork in opponent’s box rather than that he used to score goals whenever he played, his amazing feat with the German giants place him in the Top 10 best strikers of all time charts.

He has some amazing stats to his name, by scoring 711 goals for both his club and country in his career, and along with that, he was the one who created the milestone of most No. of goals in a calendar year which was broken by the Barcelona man Liolen Messi later on.

For the German champions Bayern Munich he has 365 goals in 427 Bundesliga games. 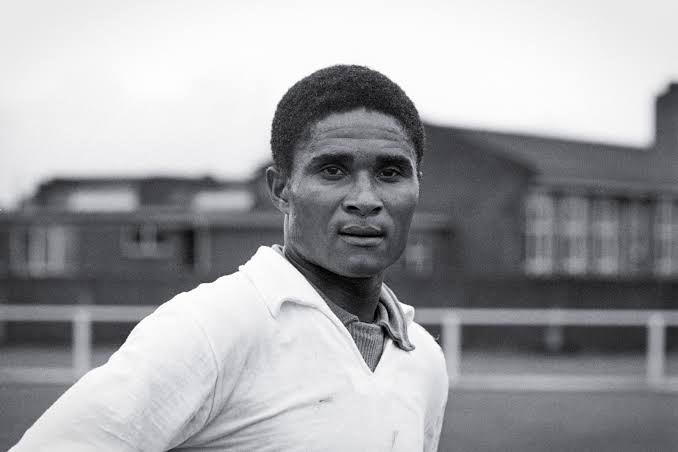 4)Eusebio:Eusebio will remain the diamond of the Portugal team, usually fans call him by the name of Black Panther for his mind boggling football,stats sometimes can overrate some players but his 621 goals in is 637 matches truly describe his true nature in front of the goal.

The Portuguese star has some god-given talent and some say they were lucky to watch him play in their life, in his career he had his best time with his domestic club Benfica, where he claimed the European trophy and 11 Premiere Ligas.

In his time at Benfica, Eusebio has 473 goals in his 441 matches and which makes him the greatest ever Portuguese player of all time.

For his mesmerizing performance for both club and country, he was bestowed with awards like Ballon d’Or in 1965 and with the Golden Boot award in 1968. 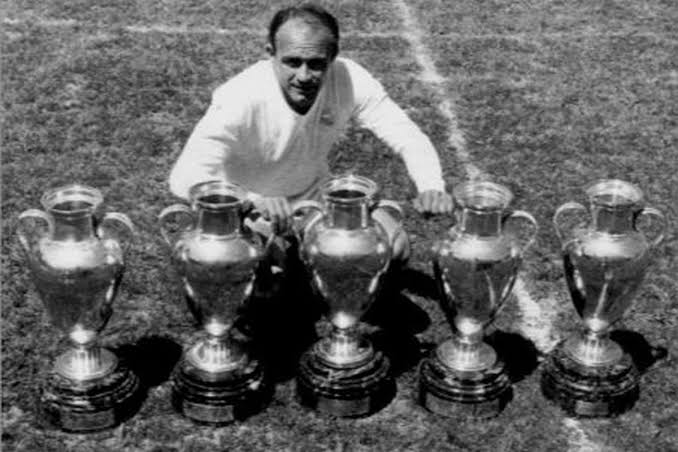 3)Alfred Di Stefano:The Argentine is one of the members of the Real Madrid squad who redefined Madrid’s legacy as one of the greatest clubs in the world, and makes his way in the Top 10 best strikers of all time list.

Not too many people’s knowledge that the Argentine legend initially signed for the Spanish side Barcelona in 1953 after a dispute with the Madrid side, but later on the Spanish federation came up with conclusion that he will play for both the clubs in alternative seasons, but Barcelona withdraw themselves from the Agreement and then he got the oppertunityto play for the Spanish giants.

He is the only player to score in 5 European club finals and has incredible 307 goals to his name in 396 matches for Madrid.

In his Madrid days, the Argentine won 8 La Liga titles, 5 European championship,1 Copa Del Rey and 1 Intercontinental cup, and even greats like Pele and Eusebio called him as one of the complete footballers ever. 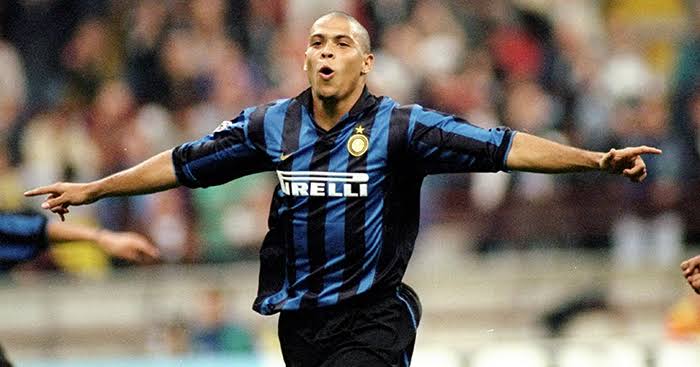 2)Ronaldo:Arguably one of the most promising strikers of all time the, Brazilian was extreme lethal at his peak.

The three-times world cup winner set the milestone of 15 goals in the stage of the world cup which was broken by Miroslav Klose  16 goals, his combine power, pace and dribbling ability makes him the world-class player.

In his peak form, he has represented some amazing clubs like PSV, Milan, Barcelona, Madrid and Inter Milan successfully throughout his career.

In his club careers, he has trophies with all the clubs and at the international level, he scored two goals against the Mighty Germans and led his country for the fifth World cup trophy in 2002.

He is one of the greatest strikers of our generations and the inspiration to many young strikers of this time. 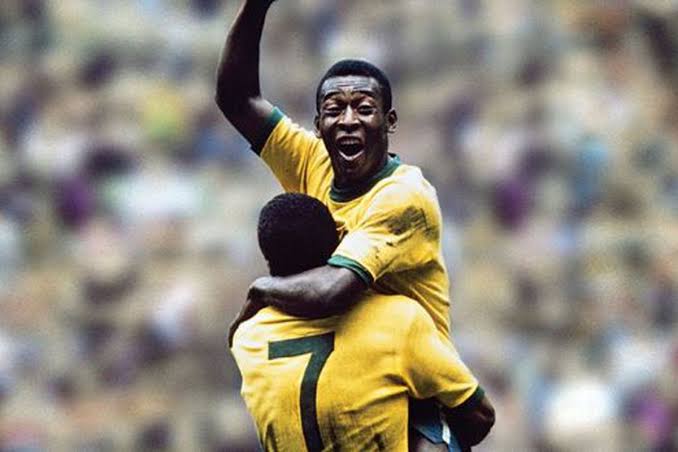 1)Pele:Pele is the greatest ever striker who walked in the football field and participated in this beautiful game.

First, the Young Brazilian came into the picture where he took the tournament by storm, where he becomes the youngest player to score a goal in the final against Sweden, the 1958 world cup was also won by the Brazilian squad, and then after in the 1962 world cup he picked up some injury after a couple of matches but made his return in 1970 world cup and place him as one of the luminaries of this game.

With three world cups to his name and many club trophies, he is the best striker of this game that the world has ever seen.