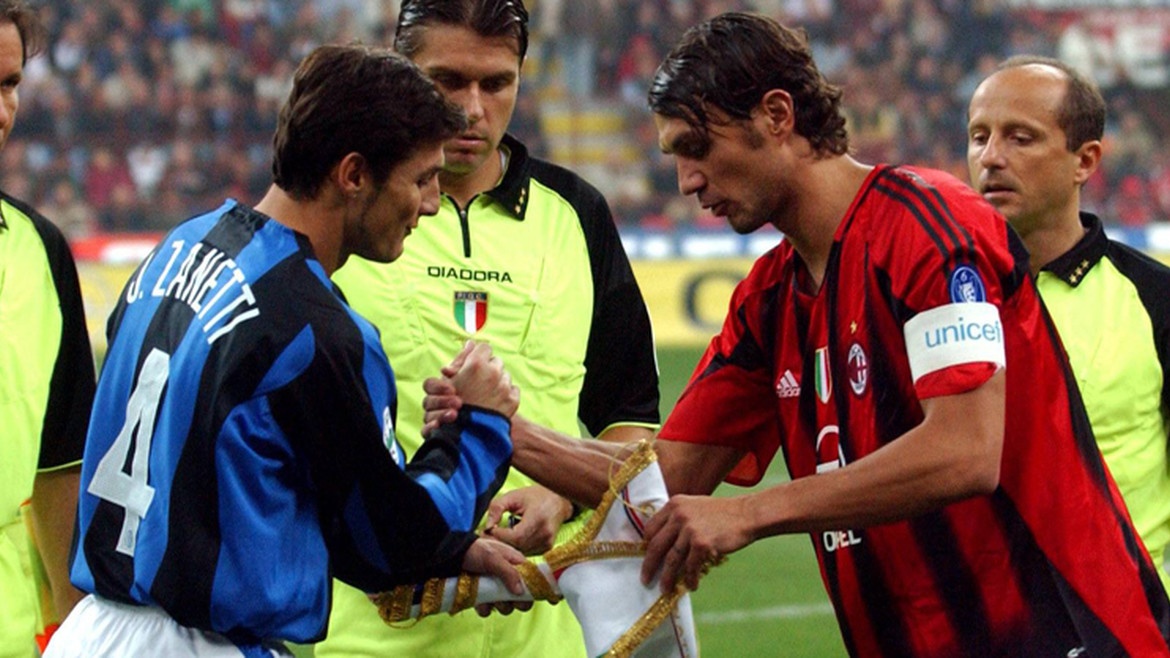 Defense is an art. The game of football is equally balanced between attack and defense. Defending those set pieces, going up for that last minute corner or sweeping the ball away from the forward – it all requires extreme hard work, dedication and will power. Over the years we have witnessed defenders who have given it their all for both country as well as club. These have stood the test of time and have delivered top notch performances game in game out.

Generally in the game of football, fans love to see their team scoring but the last-ditch tackle or a goal-line cleanser is no shorter than scoring a goal for your team, and fans also appreciate those heroics kind of defending as well, nowadays the defenders have to play very sensibly to stop the opponent striker in their pitfall, and in this modern-day football, there are few defenders who all are also scoring valuable goals for their team as well.

In this article, we are going to take a look at the Best Defenders in football.

We have divided the list into 4 fullbacks ( 2 left-backs and 2 right – backs) and 7 center backs. 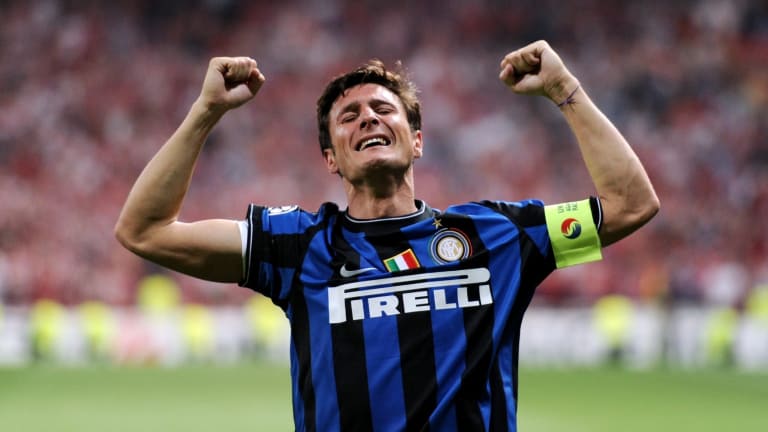 Javier Adelmar Zanetti is an Argentine defender who played for Italian club Inter Milan from 1995 to 2014. He captained the Inter Milan side for 13 years starting from 2001 and for his long term service and his contribution to the game he is considered as one of the world class defenders.

Known for his immense stamina and energetic style of play he earned the nickname El Tractor. Zanetti started his career in Argentina with Talleres and then Banfield. He made  1114 appearances for Inter Milan taking him to 4th on the highest number of appearances in Serie A. Zanetti won 16 trophies during his illustrious career – 4  Super Coppa, 4 Scudetto, 4 Copa Italia including one UEFA Champions League and obviously the FIFA World Cup.

“ I faced Zanetti for the first time in the Champions League quarter-finals in 1999, he was the right-back and I was on the left. He impressed with his qualities, his speed, power, intelligence and expertise. I played against him twice more and he was my most difficult opponent, a complete player.“  :These were the words of renowned Manchester United midfielder Ryan Gigg

Zanetti was respected for his tactical style and sudden offensive burst with smooth dribbling skills. Played mostly in a full-back or midfield role he had started his career as a right-winger. Probably one of the most respected players of all time Javier Zanetti is the first on our list. 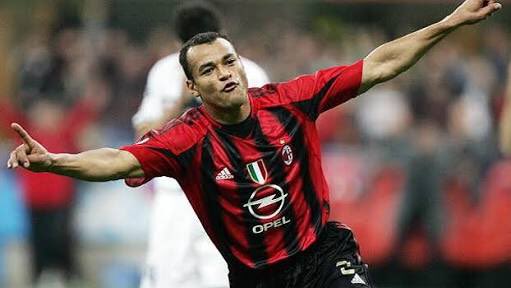 Marcos Evangelista de Moraes is a former Brazilian footballer who is regarded as one of the best full-backs to ever step on the pitch. With 142 International appearances for the Brazilian National Team, he is the highest capped player. Cafu is the recipient of 2 winner’s medals of FIFA World Cup, 2 Copa America, and 1 FIFA Confederations Cup.

His club career is spread over a lot of clubs although his most notable contributions are during his stay at Sao Paulo, AS Roma AND AC Milan.

The abrasive Brazilian is among the top defenders in the history of AC Milan and Brazil. 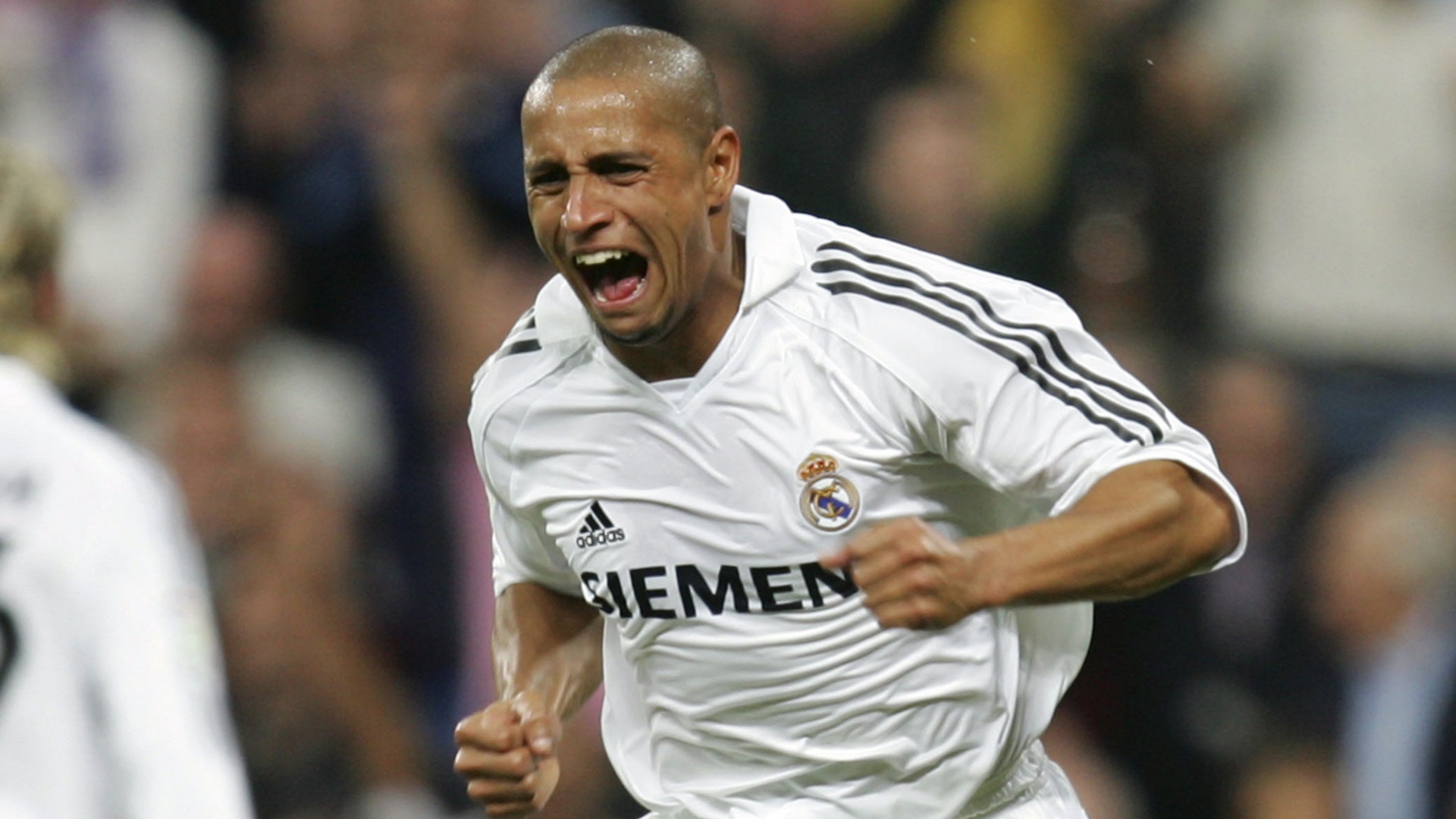 Roberto Carlos is widely regarded as the best left-back to ever grace the game. A heavily offensive-minded player, Carlos started his career in Brazil as a forward. He played in 11 seasons for Real Madrid winning 4 La Liga titles and 3 UEFA Champions League. Carlos won the FIFA World Cup twice, the Copa America twice along with one  FIFA Confederation CUP.

He was the runner in the FIFA WORLD PLAYER OF THE YEAR 1997 and has also been named in Pele’s FIFA 100 greatest football players. Roberto Carlos had a bullet-like shot and combined it with dangerous swerve to create bending free-kicks to haunt the opposition. 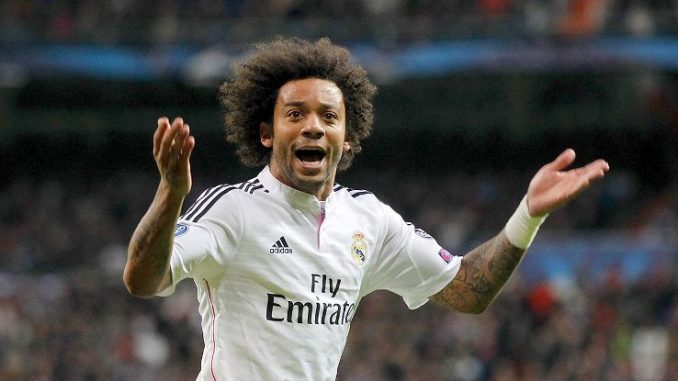 Next on our list is  Brazil and Real Madrid left-back Marcelo Viera Da Silva more commonly known as Marcelo. An extremely successful player, Marcelo has won the La Liga, UEFA Champions League, and the UEFA Club World Cup all 4 times with Madrid. He has also won the FIFA Confederations Cup once in 2013 with the Brazilian National Team.

Known for his out of the box thinking and dribbling skills he has often employed in the left wing-back role as well as in the midfield, but though he made so many overlapping runs in the game still he is among the top defenders in football. 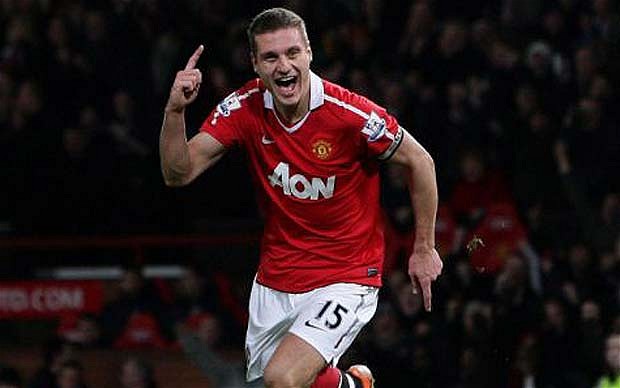 Nemanja Vidic is a Serbian retired center back who played for Manchester United. Labeled as a no-nonsense defender Vidic wasn’t afraid to use his physical presence to gain ascertain. During his prime, the pairing of Vidic and Ferdinand was often regarded as the best defenders in the world.

A Champions League winner along with a FIFA Club World Cup, Vidic won the Premier League 4 times with United winning the Premier League Player of the Season twice, and the Serbian is arguably among the best premier league defenders ever. 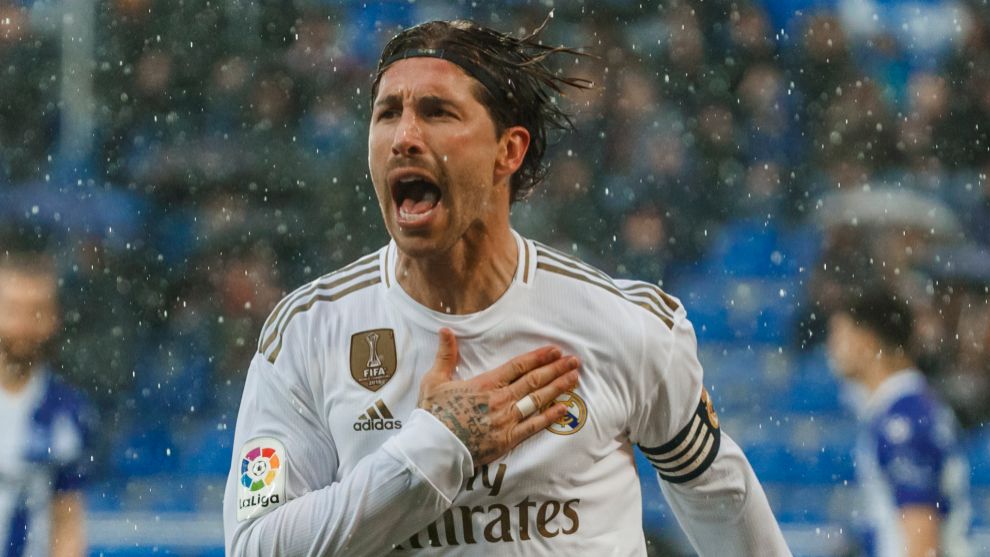 Sergio Ramos is a Spanish defender who plays for Real Madrid. Known for his rough style of play he is often hailed as the best center back of the last century (2009-2019). Ramos captained the legendary Madrid side who won three consecutive UEFA Champions League under Zinedine Zidane and right now Ramos is the best defenders in the world right now.

A FIFA World Cup winner as well along with the two UEFA EURO winners medals Ramos has been named in the FIFA FIFpro World 11 for a record 10 times and the UEFA Team of the Year 8 times, the Spanish matador is among the best Central defenders in the world. 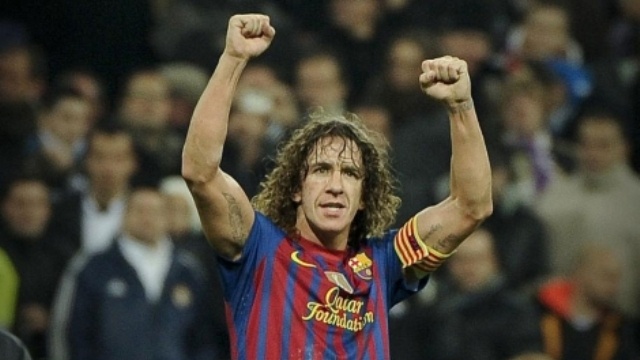 “Puyol is the key, not just because he is one of the best defenders in the world but because of his character. He never lets up.”: Xavi

These are the words of former Barca player Xavi and best describes Puyol.  A retired Spanish defender, Puyol was a one-club man and served FC Barcelona throughout his career. A highly successful defender who also could be deployed at right-back was a recipient of many honors including the FIFA World Cup and UEFA Euro, the Barcelona man was one of the best Spanish defenders in his time at Barcelona and best defenders in football history. 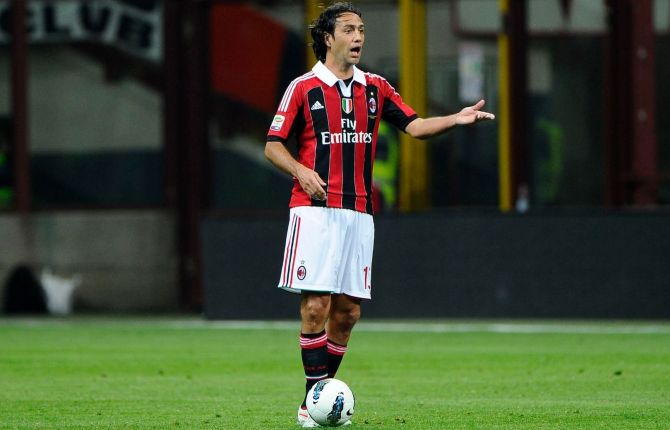 Regarded as one of the best center backs of his time Alessandro Nesta is a former Italian defender who made over 400 appearances for Lazio and AC Milan combined. Nesta was not only a physical player but in addition, had a great vision and passing sense. Combined with his tactical brilliance he was quick to change play from defense to offense.

Named in the UEFA Team of the Year 4 times he was a member of the Italian squad which lifted the FIFA World Cup in 2006, in his time he was among the top defenders in Europe. 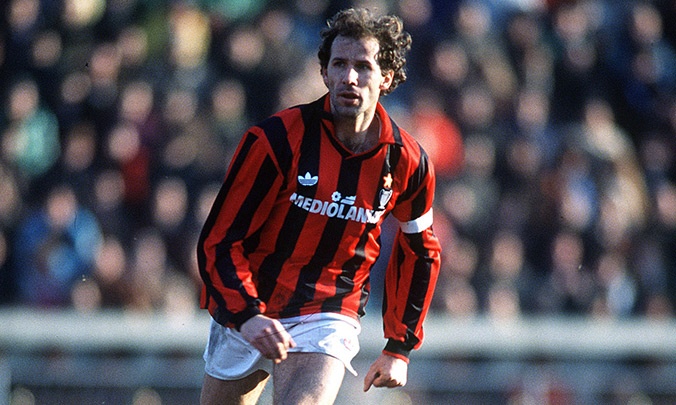 An AC Milan club legend Franco Baressi played his entire 20-year career at Milan where he captained the side for 15 years. During his stay at Milan, he won the  UEFA champions league 3 times on the continental front and the Seria A 6 times. A member of the 1982 World Cup-winning squad of Italy he was named in the FIFA WORLD CUP Team in 1990 even though Italy came 3rd in the competition, the Italian was in his time among the top defenders in the world.

Not particularly tall for a center back, Baressi more than made up for it using his positional awareness and ability to maintain a high defensive line. A quick and agile defender he was fast to react to any defensive leaks in the back line. 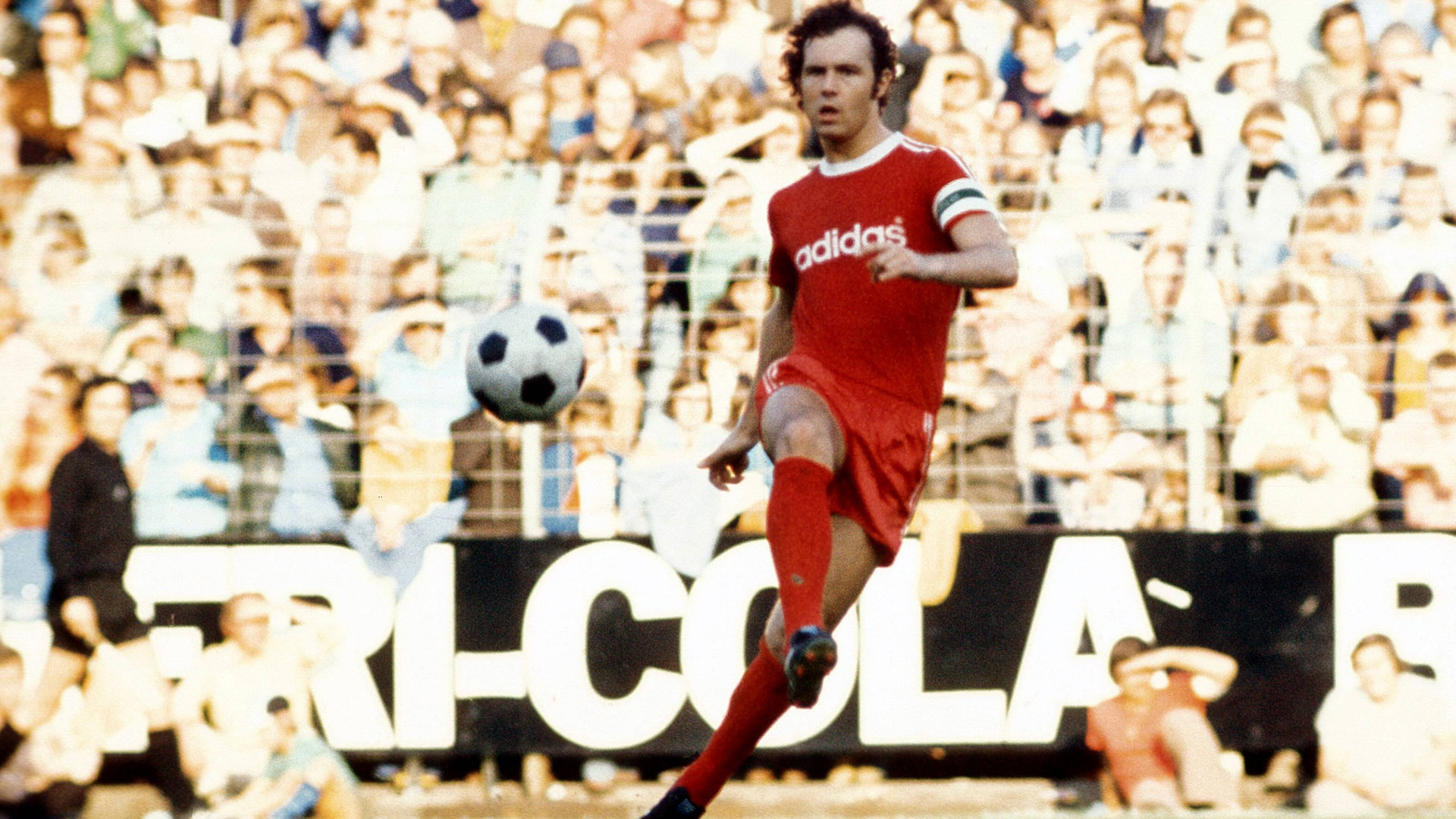 Franz Beckenbauer also was known by  “Der Kaiser” is a former West German international player whose laurels and achievements are among the highest. He is among the only 3 players to have won the FIFA WORLD CUP both as a player and as manager.  He lifted the World Cup as captain in 1974 and then again as a manager in 1990.

A dominant figure in the back line his achievements in the international sphere is second to none – he was named in World Team of the 20th Century in 1998, FIFA World Dream Team in 2002  is also a part of FIFA 100 Greatest ever living players and among the best defenders in Europe.

In the domestic front with Bayern Munich, he won the Bundesliga title 4 times with 4 European Titles [ UEFA Cup Winners Cup in 1966 and 3 consecutive European Cups from 1973 and 1976]. 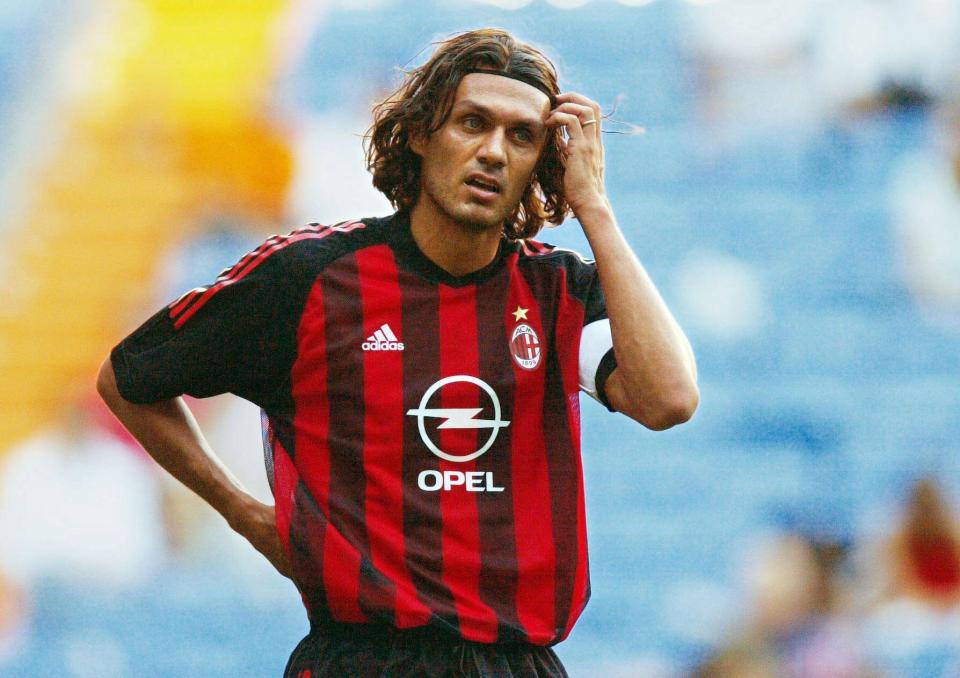 Any top defender leader is incomplete without the inclusion of Paulo Maldini. Quite rightly called ‘Il Capitano’ or THE CAPTAIN he was one the most impact-full defenders of all time. With extreme versatility, Maldini could not only be employed as a center halve but also on both the flanks.

Ronaldinho hailed Maldini by saying “He was one of the best defenders in Champions League history, but what was so impressive about him is that when he was on the ball he didn’t look like a defender, but like an elegant midfield player.”

Maldini had the excellent passing ability as well combined with great defensive abilities-  he made phenomenal tackles but hardly committed any fouls, the towering figure among the best Italian defenders.

Paulo Maldini won the UEFA Champions League an astonishing 5 times with AC Milan. The partnership of Maldini and Baressi made 196 appearances as a center back combination and conceded as few as 23 goals. That stat itself shows the discipline of these two great’s.

During his illustrious career, Maldini broke several records and achieved many feats- he was third in the Ballon D ‘or list on two occasions (1994 and 2003) and won the silver medal in the FIFA Team of the year (1995). He holds the record for Most Appearances in all Competitions (902) and Most European Appearances (168).

While it is impossible to create a list with players on whom everyone will agree upon, this is a genuine effort to cite names which will be common with everyone Many considered Maldini to be the best defenders of all time.