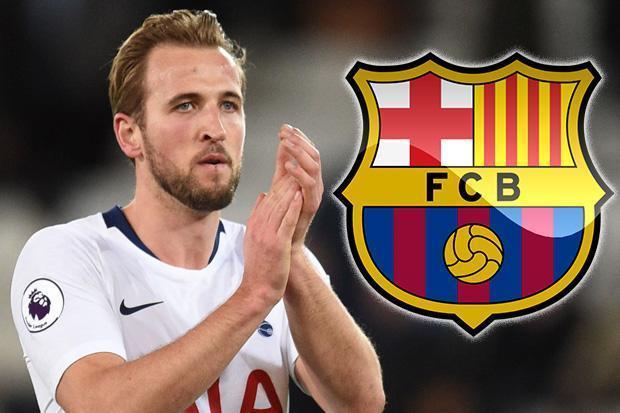 The Spanish giants are looking to bring in a quality striker for their squad. This is because their front-man Luis Suarez is approaching 32 years of age. Moreover he is struggling with long-term knee problems. They have found the lethal Kane as an ideal man to replace the Uruguayan in the attack.

The English side could be forced to sell their best player in the summer transfer season. Moreover they are facing delay to complete the new White Hart Lane Stadium. With costs spiralling up they can accept any bid of £150m-plus for Kane.

Apart from Kane, there are some other players who are under the radar of the Catalans. They include Paris St-Germain teenager Kylian Mbappe , Atletico Madrid ace Antoine Greizmann and Everton’s rising Brazilian forward Richarlison.

Tottenham will Barca at Cam Nou this week in a Champions League fixture. A top scorer from Kane would only crank up the interest. The World Cup Golden Boot winner has scored 10 goals for Spurs this weekend.

Tottenham could be forced to sell their star man

Spurs must match Inter Milan’s result at home to PSV to qualify for the knockout stage.

Eleven Sports pundit Terry Gibson said of Kane: “When I look around the game, I can’t find another goalscorer of Kane’s age who is better.

Who else scores the remarkable number of goals he does? It’s impossible to find anybody as good.

“All the other big hitters are 30 or older and that makes me worried.

“As a Spurs man, I don’t want Kane to become the next big thing in La Liga. ‘I’ve had that with Luka Modric and Gareth Bale for years – and I’m fed up with it.

“In the end it will come down to what Harry wants. It’s always hard for a player when the biggest clubs in the world want you.”

Tottenham boss Mauricio Pochettino declared all eyes are on Barcelona after Spurs cruised past Leicester.

Victory lifted Spurs up to third in the Premier League, six points behind Liverpool.

But Pochettino is now focused on staying in Europe, with Tottenham second in Group B and locked on seven points with Inter Milan, who play PSV Eindhoven on Tuesday.

“Now it allows us to start thinking about Barcelona,” he said. “You never know in football until you play.”