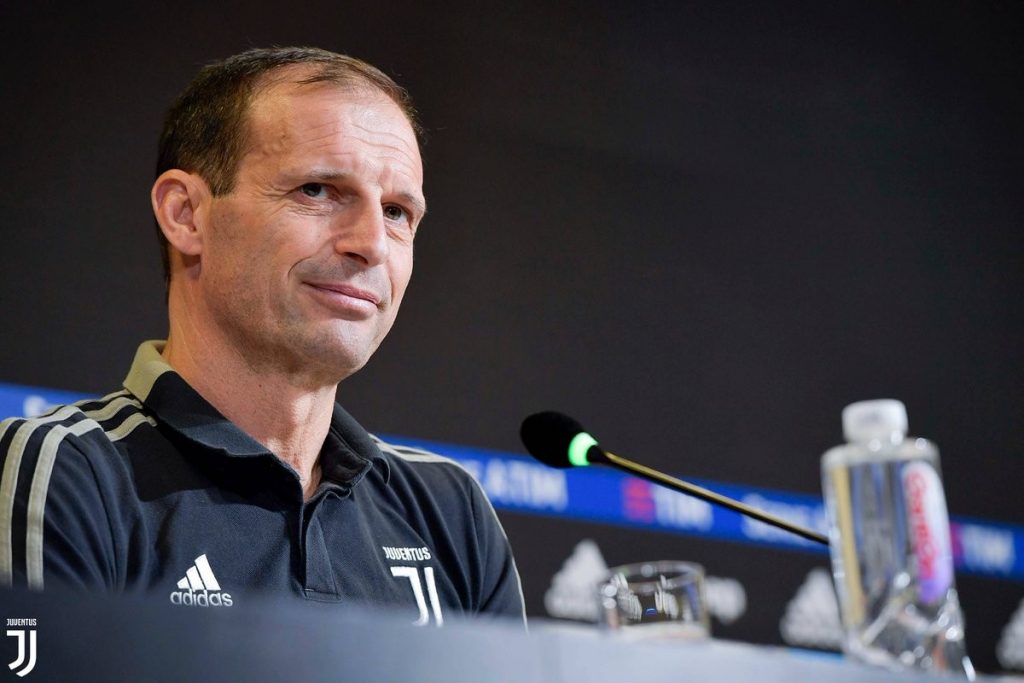 Allegri puts Barcelona ahead of Juventus to win the Champions League.

Since 1995-96 Juventus never lifted the Europe’s most prestigious trophy in club football, despite they have been the finalist in 2014-15 and 2016-17 under the Italian manager but lost it against Barcelona and Madrid, but the signing of Cristiano Ronaldo this season from Madrid tip them for Champions league this time.

Juventus manager voiced: “There are still many games to go in Serie A and we have a lot of difficult games to play until the end of the year, against Roma, Inter, Atalanta, Fiorentina and Sampdoria,”

“But in the Champions League, we have to take it one step at a time. We want to qualify for the last 16 and in first place.

Barcelona are the favourites to win the competition, in my opinion. Then there are teams, including us, with the ambition to win it. We have that same desire every year.

“Last year, I said that the favourites were Real Madrid. This year, I think it’s Barcelona. I hope to be wrong this year.

This season Madrid and Munich both the regular contenders in Champions league are enduring a bad run in their domestic league and Champions league also but the Juventus manager is not ready to write them off at this stage from the tournament.

He stated: “The Champions League is different,”

“In a period when Real Madrid were much worse – they were 15 points behind Barcelona – they still have the opportunity to go through to the next round. [Their form] counts for nothing.”