https://www.youtube.com/watch?v=4bkwt9ZjnMM   1. DiegoMaradona: Diego Maradona is probably the best player never to win the Ballon d’Or. It is astonishing the great Argentine was never even nominated...
Read more
Soccer News

Last year because of the drench Pandemic departed all the football fans from the European Championship and also from other major Footballing tournaments, this...
Read more
Home Football Soccer News ARSENAL SHOULD GET ON THE PHONE TO LUIS ENRIQUE-MERSON

The former English international and former Gunners player Paul Merson thinks that the Outing Barcelona manager Luis Enrique and the Everton Manager would be an ideal fit to be Arsenal manager.

According to the Football pundit Paul Merson Arsenal should get on the phone to Luis Enrique and the Gunners should prepare themselves for the potential exodus of Arsene Wenger.

This season the performance of the Gunnners are not good at all and the man who is with them in the Dugout his position is in really doubtful condition after their recent lost against the Bayern Munich side in the Champions league by Bayern Munich by 5-1 goals.

After the match the French coach faced much criticism from the Gunners fans and they do now want him at their club for another year.

The Football pundit believes that the Arsenal team need some person who has the charismatic personality and for him the Barcelona coach Luis Enrique and Everton coach Ronald Koeman are the real candidate for that post.

The former Arsenal player said: “Arsenal need someone much more ruthless. Someone like Koeman. He’s got a mean streak and he doesn’t let his players get away with anything.

“I think he’d be a good fit and would take the job if they offered it to him. If not, they should get on the phone to Luis Enrique. He’s managed a world-class team full of world-class players.

“Straight away that brings respect. Something has to change because these players are doing my head in. It’s like they don’t care.” 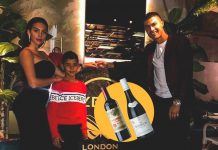