Neymar da Silva Santos aka Neymar Jr. was born on 5 February, 1992, in Mogi das Cruzes, São Paulo, to Neymar Santos Sr. and Nadine da Silva.Neymar drew attention for his impressive soccer abilities at an early age. And this is Neymar Jr’s Biography.

Neymar followed in his father’s footsteps by playing street games and futsal, an indoor version of the game. He joined the Portuguesa Santista youth club in 1999, and within a few years was one of the most highly regarded young talents in the country.

Neymar’s father was a professional footballer and his financial advisor. At present he plays as a forward for French club Paris Saint-Germain and the Brazil national team. Neymar primarily plays as either as a central striker, second striker, winger or occasionally as an attacking midfielder.

Although naturally right-footed, he is capable of scoring with both feet, as well as with his head, and is an accurate free-kick and penalty taker. His skills for dribbling and finishing have earned him comparisons with former football legends.

Neymar joined the youth system of Santos FC at age 11. News of his abilities spread to Europe, and he was offered the chance to continue his development with Real Madrid C.F. at a tender age of 14.

But Santos restricted the move.Neymar made his senior debut for Santos in 2009 and lived up to the expectation by gaining the league’s Best Young Player award. He emerged as a full-blown star in 2010, helping Santos claim the league and Copa do Brasil championships en route to the first of three straight scoring titles and four straight Player of the Year awards.

In May 2013, Neymar announced he was making the jump to Europe with FC Barcelona, a club that has Argentine striker Lionel Messi. On 3 June 2013, Neymar was unveiled by Barcelona after passing medical tests.

Neymar lived up to his billing with Barcelona. He was an instant success .He scored an amazing 39 goals during the 2014-15 season, helping the club achieve the coveted treble by claiming league, domestic cup and European Cup titles.

Neymar developed into a world class player. Neymar formed the famed MSN trio with Lionel Messi and Luis Suarez, helping the club to one of its most successful seasons

During the 2014 FIFA World Cup, Neymar was performing brilliantly for his national side, but in the quarter final match against Colombia, the forward endured a knee to the back and broke his spine.

He missed the rest of the World Cup,as Brazil was beaten 7-1 in the semi-finals against Germany, who went on to win the cup.

In 2016 Rio Olympics, Neymar was appointed as the captain of the team and he scored the only goal in the 1-1 draw between Brazil and Germany. He slotted home the winning penalty in the shootout to give Brazil its first Olympic football gold medal.

Following the 2016-17 season, Neymar created headlines when he joined Paris Saint Germain from Barcelona for $ 200 million on 3 august 2017, becoming the most expensive footballer in history.

The move received criticism from fans, but Neymar has been exceptionally good with the French side, linking up well with fellow strikers Kylian Mbappe and Edinson Cavani.

On 27 August 2017, FC Barcelona filed a lawsuit against Neymar, demanding he return the contract renewal bonus he received as well as €8.5 million in damages and an additional 10% for the arrears. Neymar’s lawyers announced that they will contest the case.

He won the 2011 FIFA Puskás Award for scoring a solo goal in the BrasileirãoSérie A against Flamengo, in a 5–4 loss. On 31 December 2011, he won the 2011 South American Footballer of the Year award for the first time, by a record margin, following in the footsteps of Diego Maradona, Romário, Pelé and Zico. 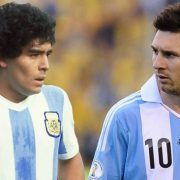