If you live in North America, you may not know that cricket is the world's second most popular sport. It boasts approximately 2.5 billion...
Read more
Home Soccer Leagues English Premier League United not panicking after PSG loss: Solskjaer

The Norwegian manager says there is no cause for alarm for Red Devils at Manchester United after their 2-0 loss against PSG in the Champions league, his first loss as a United manager.

Solskjaer says that his boys are not panicking after the loss.

After replacing the special one at Old Trafford, he led united on an 11 game unbeaten run where they won ten matches and drew one , and taken back the club into premier league’s in the process.

He earned accolades for his wonderful job at Old Traffrod and everyone liked his attacking style of play at United, but on this Tuesday he has faced his first setback as a manager of United when they bite the dust against the French capital side PSG by 2-0 goals in their home soil.

Now Manchester United have lock their horns for the big clash against Chelsea in the FA cup on this Monday and also they will tackle Liverpool on February 24 in the domestic league, and the United manager says that this is the time to change the game plan despite the loss of Anthony Martial and Lingard.

“You don’t change everything, because it does not change the mindset at all.

“We need to keep working on the way we want to play football. The way we approach the games will always be with an attacking, positive mind.

The United manager agreed that after the loss the mood in the camp is not upbeat as always  but they are ready to come back hard on their opponents.

He added: “It’s a different feel,”

“You have to bounce back at this club and away at Chelsea is one of the tougher challenges.

“We know there was a seven-to-eight-minute spell against PSG where we lost our way, but we were not too bad defensively (overall).” 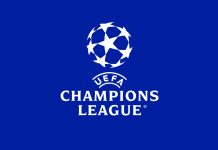 Messi knew it was an accident: Smalling

We need more heart and B***cks at Camp Nou: Lukaku