The 63 year old Brazilian is disappointed with his team’s finishing.

In their last game FC Goa lose their match against FC Pune city by 2-1, in the match they have many golden opportunities but they failed to convert them into goals, it is their first home game for them in the ISL season 3.

Zico’s men had 17 shots in the match but only 9 being on target, and  FC Pune City had six shots in their target and they scored two goals from it.

The former Iraq coach was pale with his poor finishing of some of his player, Romeo Fernandes misses two golden opportunities for them in the second half.

“Sometimes our players think we need to shoot with all their power. However, in football all you need is the ball is to go above the line. They needed to be calm in some situations,” he said.

Zico confess that his team is yet to get their top form and all the players are not playing in the starting lineup would have been his first preference if not for the injuries.

“Our players played very well, we had chances but we did not utilize them. We are still a long way from being where we want to be. The players need to know each other, spend time and work with each other. Even though this isn’t a team that we want to play regularly but they need to work together to make sure they play and we will make sure they do that.”

“When the team has not reached where it should reach, it is much more important to convert opportunities. NorthEast United took two out of the three chances they made. Today, Pune made four chances and scored twice. We are creating five-to-six chances and yet not scoring is not good,” he signed off. 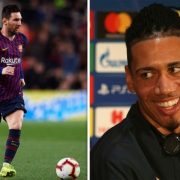