The wrestling draw Pep Guardiola's men secured at Celtic impressed the captain in the face of their perfect start has come to an end.

The Argentinean right back Pablo Zabalata has felt that they should have beaten the Hoops but embolden by their fighting spirit to claim a draw by 3-3.

Pep Guardiola has seen his team unbeaten after he joined the Sky Blues this season, but it has come to an end against the Hoops.
Brendan Rodgers' men take a lead on three occasions in the match, Moussa Dembele has netted twice and the Englishman Raheem Sterling scores own goal.

However Fernandinho, Sterling and Nolito scores for the Blues and they collect one point from Celtic Park.

Zabaleta was disappointed after not being able to securing a victory against them, but he is felling that this match against Celtic shows their character had been proven.

"To come back three times when we were behind shows the character of the team," he told the club's website.

"We were a bit unlucky not to score at the end. We created a few clear chances and had control of the game in the second half.

"It's true that we conceded in three key moments of the game, especially the third goal at the start of the second half but to come back was important.

"We were saying before the game that this is a difficult place to come and get a result.

"The atmosphere was incredible and it was a great game to watch for the fans.

"We always play to win and of course we should have won. It would have been a great step to qualifying for the next round but at this level no games are easy. 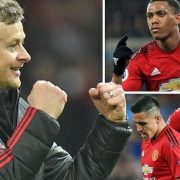