The former Barcelona legend Xavi believes that this year the Barcelona Ace Lionel Messi deserves to win the Ballon d'Or although he won only two domestic trophies with Barcelona in last season.

According to the Catalan (Barcelona) legend believes that his former club team mate Messi be worth to won the Ballon d'Or despite the Portuguese superstar Ronaldo won UEFA Euro with his country and also the Champions league with the Real Madrid this season.

This year the Real Madrid man won the trophy for the fourth time now he is just one behind Messi and this season he has got double voting points than his counterpart Messi who earned the second spot this year.

The 31 year old Portuguese winger describe last season as one of his best season in his carrier so far, last season back in October 2015 he jot down his name as a Spanish club's all-time top goal scorer, and also lead his country to win the UEFA Euro cup for the first time in their history and won the Champions league with his club team Real Madrid.

The former Barcelona man Xavi believes it is wrong to award a player who has won several trophies with his team rather than a player who showcase wonderful skill throughout the year.

In an interview the midfielder said that: "They counted the major trophies but there are other years in which they didn't use that to award the best player in the world,"

"Leo Messi is the best despite the trophies that someone else might have won."

Xavi said something that is fray with Ronaldo when he marked that Messi is the best player in the world for those who love football.

After that the Real Madrid superstar replied to Xavi:

"Everyone knows that anyone who wants to make the front pages has to talk about me. Xavi has not won a single Ballon d'Or. I have won three." 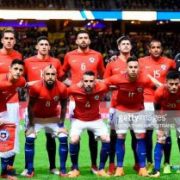