The French football manager of Arsenal occupied discussion with the attacking midfielder and also thinks that he is confused about his poor performance.

According to the French football coach the German international is lacking confidence and he should start scoring goals to get his confidence back.

The 28 year old attacking midfielder Mesut Ozil was obscure in their last match against Hull City where they won the match against them by 2-0,and some report suggest that the Arsenal manager is ready to benched him in their upcoming Champions league fixture against Bayern Munich.

After their match against Hull City the Gunners manager Arsene Wenger thinks that the attacking midfielder is playing according to his potential.

In that match Alexis Sanchez scored both the goals for the Gunners and because of that they collected all the three points from that match.

After that match the Gunner coach said: "It's time for him to score again,"

"Maybe he will find confidence back as well, because he misses chances. He has chances and he misses the chances that don't look not feasible for him.

"I felt he did not feel confident (against Hull). It's always a problem because you think he can deliver something special but it's true that technically he missed things that he is not used to."

The Arsenal coach said that he talked to Ozil after that match and also admits that he was dumbfounded about his performance.

“I don't know any specific reason. I had a chat with him (on Friday)."

In their last three matches the Arsenal side just one match of them and the coach knows the gravity of their Champions league match against Bayern Munich and the match is very much important for both the teams.

He voiced: "You have to enjoy football,"

"At the end of the day you have to keep that as well. It's true that it's not always easy but it's important that you feel happy. So what we want is to do well and qualify against Bayern Munich." 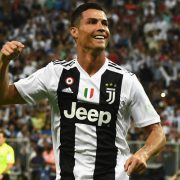