The Spanish coach of PSG admits that his sides win against Marseille was a good for confidence, but he wants his player to remain constant.

The 45 year old Spanish coach urged his players to perform better against Defensive sides as they thrashed Marseille by 5-1 goal last night in the Ligue 1 game.

At Stade Velodrome the PSG side downed their opponents as Marquinhos,

Edinson Cavani, Lucas Moura, Julian Draxler and Blaise Matuidi scored one goal each for the PSG side, but the Spanish coach urges his side to be calm and he wants to improve his performance in their next games.

In an interview the PSG coach added: "We still need to improve. We haven't forgotten that in the last three matches at home, we had two draws and we won at the last minute against Lille.

"There are many teams that play a low block. We need to improve in front of these kinds of teams."

In their last match the Argentine attacking midfielder Javier Pastore and the Italian midfielder Marco Verratti showcase wonderful performance and the coach is delighted with that.

He added: "The team is good, it is in a good period. This consistency must be maintained

"Players must continue to want to win and we must keep our personality and our approach on the ball.

"It is good for confidence and progression. We have ideas and a personality. We want the team to have possession and progress aggressively. When you do not have the ball, you have to squeeze and be well placed on the field – that's important." 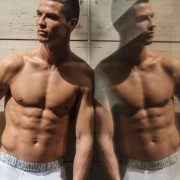